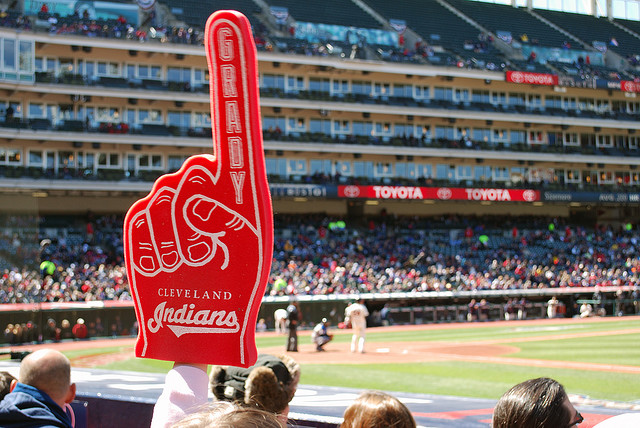 It’s no shock that one of our favorite things to do with our smartphone is to take pictures. What is is surprising, however, is that one app is quickly becoming the “default” applications for this picture taking.

The iPhone, Apple’s leap into telephony that changed the mobile world as we know it, was announced in 2007. The revolutionary device made everything easier, including snapping a picture and sharing it with friends. Google acquired the company behind the Android operating system in 2005, and made its debut on a handset in late 2008.

Little did both companies know that just three years after the iPhone launched, both of them would quickly lose control of their main feature, photography.

Instagram was founded in 2010 and launched in October. At the time, MG Siegler covered its launch and featured this quote from its CEO Kevin Systrom:

I think that communicating via images is one of these mediums that you’re going to see take off over the next few years because of a fundamental shift in the enabling technology.

Systrom was right and it’s been off to the races for Instagram ever since. I remember the first time I saw Instagram, I clicked a link in a tweet from a good friend of mine and was impressed with the page’s simplicity. The photo itself wasn’t impressive, but the fact that this company had done a fantastic job in presenting it to me grabbed my attention. I’ve been an avid member of the community ever since.

It’s no surprise that Apple featured Instagram numerous times, as it raced up the charts as one of the top free apps available for your iPhone. Almost immediately, Android users were pining for the day that they too could take simple photos and have them displayed in a beautiful way. Those Android users got their wish this week, as Instagram finally hit Google Play.

A picture is worth a thousand words

The idea of Instagram is simple in and of itself; you take a photo, throw a stylized filter on it, add a few words, and share it with your friends. People can comment on the photo, “like” it, and share it to their social networks as well. The fact that Instagram has stayed this simple is a testament to the team’s original vision.

That vision? Become the default photo application on every smartphone in the world. While this vision isn’t a direct quote from the company, it’s surely something in the back of its mind, and the minds of its investors.

AllThingsD reported this morning that Sequoia is going to lead a $50M round of investment, valuing the company at upwards of $500M. Those kinds of numbers are astronomical, considering that it’s, as some put it, “just a photo app”. But those people are missing the point. Instagram isn’t “just a photo app”, it’s quickly become the photo app. When your friend gets a new phone, they’ll probably ask you what apps to get, and surely Instagram will be one of your suggestions? Why? Because well, it’s quickly becoming the default.

When you think about how powerful the word “default” can be, then you start to realize that a $500M valuation for a company that is becoming the default application to do one of the most popular things on a smartphone makes complete sense. After all, Apple wants its Camera app to be the default way to take photos on an iPhone, and the same goes for Google’s Android. Stealing away marketshare from the two companies that are behind the manufacturing of the top selling devices has to be worth something, right?

Forget the fact that Instagram hasn’t figured out, or shared, how it’s going to make money. Grabbing this many users is not simple to do, especially within the first two years of your product’s existence. Instagram has done it though, and it’s time to stand back and watch a juggernaut in action.

Not just the #1 photo app

Instagram has a very real chance to become the number one App for smartphones, period. Yup, not just the number photo sharing app. As of right now, here’s where Instagram sits in the charts for both iOS and Android:

Even though Instagram has only been out for less than a week on Google Play, it’s already the number 2 free app. That excitement has also fueled the iOS version of the app to number 4. The new Android users are doing the marketing to the remaining iOS users who haven’t gotten in on the Instagram act yet. That ping-ponging may very well turn Instagram into the number one app on both platforms.

Sure, we’ve seen one app hit the top of both charts before, but that feat has been primarily accomplished by games like Angry Birds. Those games also have ways of making money baked in, sure, but the free versions don’t require you to pay to play.

How much is the #1 app in the world worth?

If the reports are true, it just may very well be $500M. Look at Draw Something, the app made popular by OMGPOP, and the success it had on both platforms. That game’s success got Zynga to dig in and make a real offer to the company, and turned into a $210M acquisition. It was OMGPOP’s biggest hit and Zynga simply couldn’t pass up having a huge presence on both mobile platforms.

Unlike photography though, games have a shelf life and can drop off the face of the earth after a solid run at the top. This doesn’t apply to Angry Birds though, since Rovio has done a great job in fending off this trend with by constantly reinventing it with new themes and characters. Instagram doesn’t have to go through that much trouble to breathe new life into its community, a few new filters now and then will do.

At some point in time, Instagram will have to return some of that money to its investors, but for right now, its rise to the top is more than enough to bring in new money.

If I had a few million bucks laying around, I would be very tempted to become part of a round of funding for a company that is the first thing people think about when they hear the word “photo”. Being the number one photo app isn’t Instagram’s goal, it’s becoming the number one app overall. It just might do it.