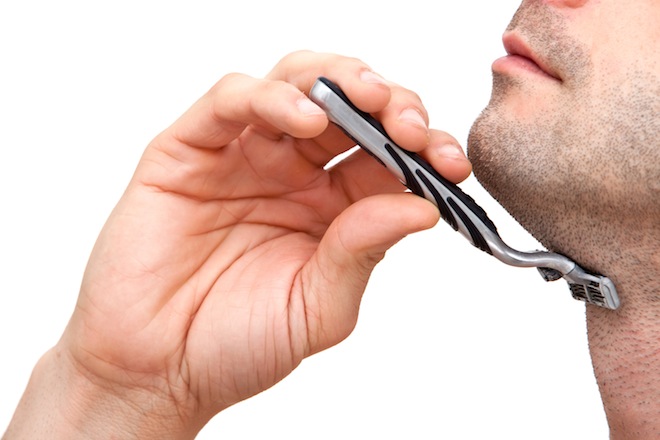 A f***cking great video that was bound to go viral. A project hatched at Science, a recently launched business incubator / accelerator run by well-known American entrepreneurs such as Mike Jones and Peter Pham. A million dollars in seed funding from top investors such as Kleiner Perkins, Andreesen Horowitz and Felicis Ventures. A lot of attention from the tech press (“real innovation” ftw).

And, in my humble opinion, an excellent idea for a business (pay a low, nominal monthly subscription fee and receive fresh razor blades every month).

Here’s the one thing that’s missing in my view (and yes, it bugs me): some acknowledgment for Belgian startup RazWar, which I believe essentially pioneered this very business idea back in 2009 (they were one of the startup finalists at my – now defunct – conference Plugg in March 2010 and even took home an award).

Shaving as a service, they called it. Their whole concept of branding was novel, and funny (even the product names). RazWar’s David Hachez shaved himself after the first sale on the website in July 2009, and put the video up on YouTube). They loudly called out the razor business giants and their ridiculous pricing model.

And yet, not a peep about them this week when Dollar Shave Club decided to, well, join the club. A damn shame, in my opinion.

To be fair, RazWar has purposefully kept a relatively low profile and as far as I know has never even considered raising funding or ‘going big’. They like the business growing slowly as it is now.

And, more to the point, they’ve sort of moved away from the subscription model in recent times, to some people’s dismay.

Still, I’d like to see some perspective before we start calling Dollar Shave Club ‘real innovation’. Although this video is extremely funny and shareable indeed.

Read next: Out of this world! SXSW revelers will be first to sample Angry Birds Space