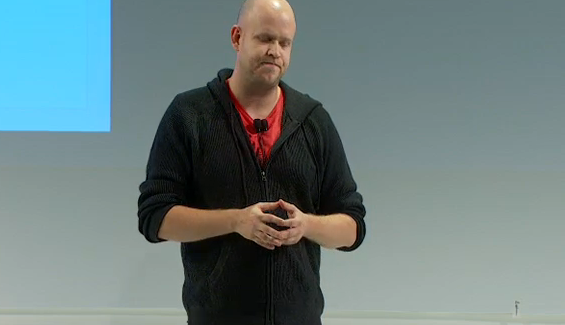 With its announcement this morning that it would begin offering a platform for partners to build apps for its own app, Spotify achieved the number one global trending topic on Twitter, with the hashtag #askspotify.

This speaks to the immense interest that people worldwide have for the uber-popular music streaming service. In gaining the number one slot, Spotify has joined an elite group of companies that can drive this kind of rabid interest.

Apple is, of course, the master of these kinds of product introductions and has many times locked up several top slots with its announcements of iPhones and other major releases. Facebook’s f8 conference — where it typically introduces large changes to the site — also regularly trends.

While we found the announcement today slightly underwhelming, it looks like users of the service have a vested interest in where its newly announced platform might grow.

Spotify has some 10 million users and 20 million songs, and has grown to be one of the most popular streaming music services in the world. This was enhanced by its launch in the US and its partnership with Facebook, a move that Spotify says has nabbed it some 7 million users alone.

Read next: President Obama likes his iPad 2 wrapped up in a DODOcase