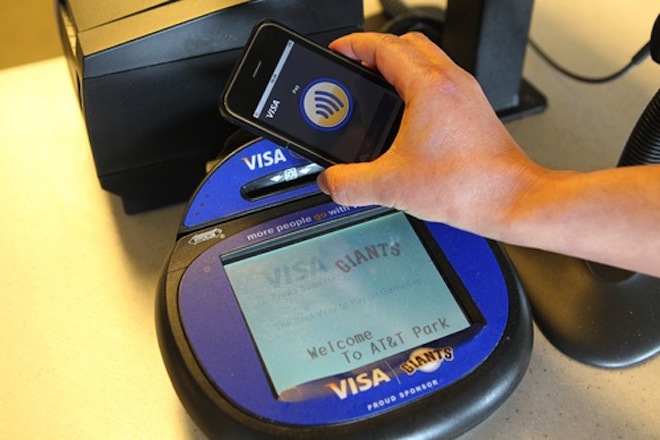 Over the past few months the idea of mobile payments has suddenly taken off. With the introduction of NFC into at least one production phone (with the iPhone rumored to follow suit) many people can’t help but wonder what the technology holds as far as mobile payments are concerned. Rightly so, quite frankly, as consumers should have a lot of concerns about any sort of transition that deals with their finances.

But it’s more than just NFC, our phones and the things that we’re used to using. The entire market for payments has been changing and yet nobody has really paid much attention to it from the outside. All the while new businesses have been formed, ideas have spawned and even a completely new currency has come into light.

Where does all of this meet you, as a consumer? It seems that the easy answer is to say that it’s going to hit you head on, so you’d best be familiar with what’s been happening.

To start, we have to look at all forms of money transfer. According to one of my sources (who unfortunately has to remain nameless until the early US hours of June 7th) 2010 saw $4 quadrillion in funds transferred. Obviously wire transfer tops this list, but then credit cards, ACH (direct deposit, for example) and finally cash bring up the rear.

Can’t comprehend what a quadrillion is? It’s a difficult number and it sadly has some different definitions depending upon where you’re living. In short (and in the term that I’m using here), it’s 1,000 trillions or 1,000,000,000,000,000. $4 quadrillion is enough money that if you stacked $100 bills you could circle the earth 32 times.

Needless to say, the electronic funds market is huge. To have even a fraction of a percentage of that going through your business is more than enough to keep most people happy for some time to come.

There was a time when employers would pay their people in cash. You’d go to the bank to deposit and withdraw cash because there were no ATM’s or debit cards. Credit cards? Forget them. They didn’t exist. Lines of credit were kept on pads of paper by individual business owners.

As times have changed and people have wanted more convenience, we’ve been more than willing to part with some of our money to make that happen. Businesses have too, most recently by eating the costs associated with credit card processing fees.

Nearly every one of us pays fees associated with a bank account, whether those are for monthly “maintenance”, overdrafts or what have you. In short, we’re willing to part with a few dollars so that we can more conveniently access the rest of our funds. That premise of conveneince is part of what has made the debit card and its associated systems so popular. It’s just very easy to take out a card, swipe it and move on.

The next step, as it would appear from companies such as Dwolla, BuySimple (missed our interview with BuySimple’s CEO? Catch it here.) and the like, is to take us from a cashless society to a swipeless society. Instead of needing to break out a card, you just pull out your NFC-enabled phone and authorize the purchase. But there has to be more than that simplicity, because it’s not inherently any easier than the card. In order to gain adoption, it’s going to have to speak the language that most people understand — The language of money.

In a recent piece, Google’s Don Dodge addresses what has become known as “the chasm”. It is that area where the earliest of adopters stop signing up to use a service but the later of them has not yet begun. Crossing that chasm is the challenge that most any unfamiliar service will face and it’s been the death of far too many to count. Dodge posits that it’s going to take money savings for people to cross the chasm with NFC payments:

Most of the problems associated with a new system are obvious, but they’re also not necessarily the ones that you’d expect. You might think that the infrastructure would be difficult to overcome. As it turns out, many retailers are already equipped to accept NFC payments (at least through MasterCard). Even payment processing giant Verifone has vowed to make all new terminals NFC-capable…but that doesn’t mean that businesses will spend the money to replace their current systems just yet.

Moreover, this isn’t the first time that we’ve seen the rise of NFC in the US market. In fact, in 2005 Cingular (now owned by AT&T) was so sure that it would be a hit that it started field trials by having NFC payment systems inside of the Philips Arena in Atlanta. Unfortunately, the speed at which handset manufacturers have integrated NFC chips was far below Cingular’s prediction that 50% would have them by 2010. In fact, it’s midway through 2011 and only one mainstream phone in the US has the chip today.

There’s also the fact that NFC enables payment transfer for other providers, not just credit cards. Clearly, card companies aren’t going to be happy about this and will likely fight to the death to make it as painful for consumers as possible. When we look at peer-to-peer payment services such as Dwolla, integrating NFC is the logical choice and yet mobile manufacturers will likely be lobbied by the card companies to the tune of millions in order to make sure that it doesn’t happen.

NFC still has a fighting chance. Heck, it’s barely been seen by the vast majority of US and European consumers, but it has been wildly popular in other parts of the world. In parts of the Asia-Pacific region, NFC already makes up 12% of all mobile payments and is expected to increase to 23% by 2015. There’s obviously a market for the systems, they just have to be done in a way that is consumer facing in order to get across that chasm.

For now it will be interesting to see what stance Google takes, as well as Apple if the rumors of an NFC-enabled iPhone are true. There are still a lot of questions to be answered, but any small portion of that $4 quadrillion pie will be tasty.

Read next: The Kaiser Chiefs band releases its latest album in a brilliant stroke of social media