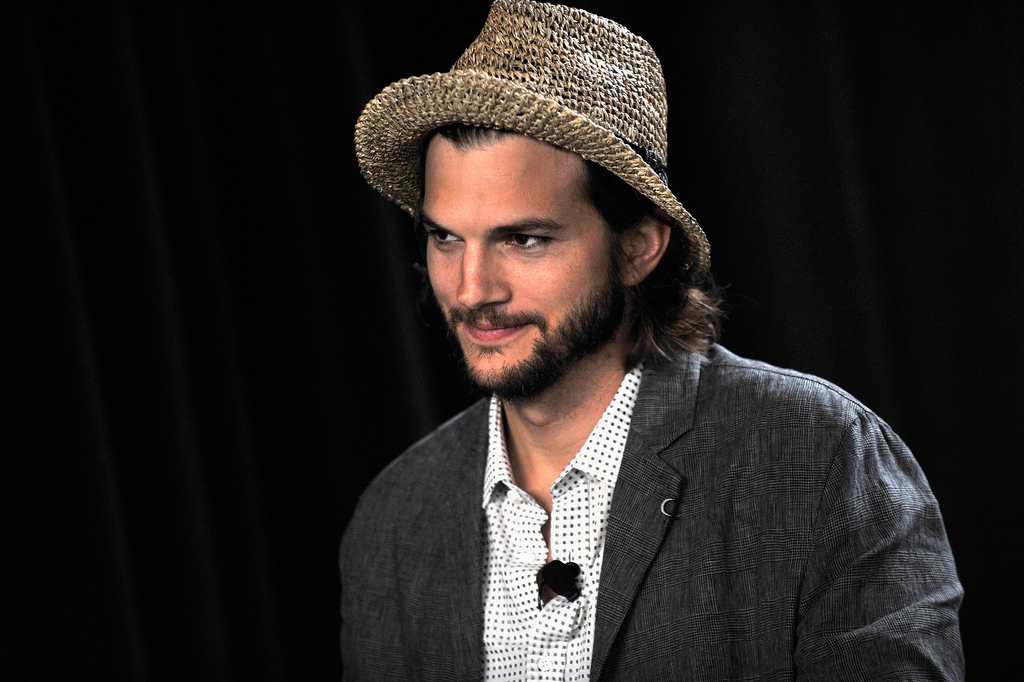 Ashton Kutcher took the stage at today’s TechCrunch Disrupt for an interview with Charlie Rose. In 2008, at TechCrunch 50, Kutcher launched a failed South Park for young girls, as he describes it. Since then, he’s become infamous for his celebrity involvement in the tech industry.

“I think I’ve become relatively good at bringing things that aren’t necessarily mainstream into pop culture,” said Kutcher who famously raced for Twitter followers with CNN, a strategy that placed him at the helm of the social media steamship in the social network’s early days. While acting is still his first love, the social media maven says he tweets for himself, about once or twice a day.

Having studied chemical engineering at school in Iowa, Kutcher has been involved in the technology industry most of his life. He now runs Katalyst Media, a digital media group that produces film, television and “social entertainment experiences” on behalf of brands.

“I’ve learned a lot from watching tech companies grow. Programmers come together to solve problems and they get funded and people support them. I have a theory that there are just as many people interested in creating short form media properties for the web as there are technologists looking to create new web companies. I’m looking to create a Y Combinator-esque model for media creators, whether they are web producers, young actors, performers, and create an environment for them to create short form media at scale.”

“Twitter already has transformed advertising,” said Kutcher. “It transforms companies because you have to be transparent. Your product has to be good, or people are going to point it out. Your consumers are becoming your most valued asset because they are your brand advocates.”

Kutcher also made headlines when he decided to invest in Skype, which was his first investment in a technology company. Since then, he’s invested in several other tech companies including Flipboard, Milk, Zaarly and Blekko. Rose asked Kutcher what he looks for in tech companies.

Kutcher said he first looks for problem solvers. Then he looks at the founders, who they are, echoing Paul Graham’s earlier sentiments. Beyond that, he says he looks at what the market needs or what the consumer will want.

“As an actor, when we receive a script we break down every character by wants because every character has a super objective. I frequently look at technology the same way. I’m a user on this platform and I’m thinking what do I want, and how badly do I want it? How much friction am I willing to put up with to get what I want? How can you eliminate friction in your process to get what I want faster?” says Kutcher. “One of the things I’ve become immune to is people talking about market cap and social media platforms…and perhaps most importantly, I look for technologies solving a signal to noise issue.”

On this idea of eliminating noise based on your preferences, Kutcher discussed his recently launched A Plus client. As an investor in Uber Media, the creators of Echofon and Twidroid, Kutcher was asked to launch a desktop client that allows you to quickly search your social stream. See our full story on A Plus here.