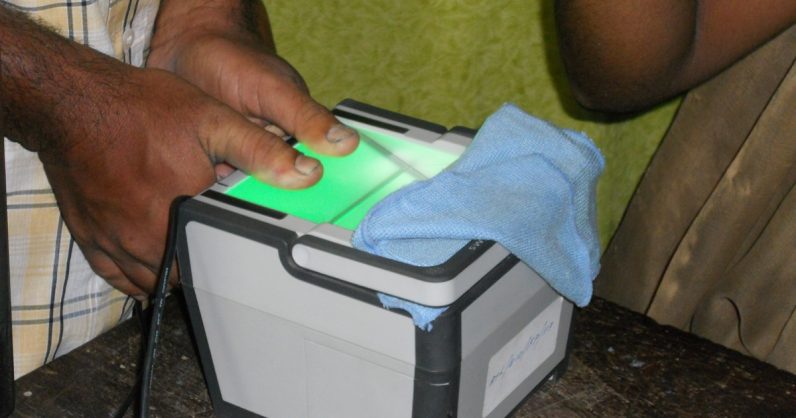 Over the past few years, numerous activists, technologists, and legal experts in India have railed against Aadhaar – the country’s unique identification program for citizens – citing concerns of privacy, overreach, and problematic implementation. Sadly, they’ve been dealt a blow today, as the country’s Supreme ruled that Aadhaar is indeed constitutional and valid.

The five-judge bench, which ruled in favor of Aadhaar by 4-1, said that the ID empowers the marginalized section of the society, and it doesn’t violate citizens’ privacy. The ruling follows last year’s landmark declaration from the top court, which stated that Indians have a fundamental right to privacy.

It also added that the unique identification ID is a unique identification system is unparalleled in its execution, and there are sufficient defense mechanisms for the prevention of misuse and false authentication methods. There have been several incidents which outlined glaring holes in the security system of the program. Recently, it was found that a $35 software patch let anyone create IDs that could eventually be added to the national Aadhaar database.

The Supreme court said that only certain entities like the government can make Aadhaar a mandatory requirement to avail welfare schemes. Although citizens will need to link their PAN IDs – which are tied to their bank accounts and financial instruments – to Aadhaar, so they can file tax returns. However, you won’t need an Aadhaar ID to get a SIM card, shop online, seek admission at schools or take exams at academic institutions.

Additionally, private companies can’t demand Aadhaar IDs for registering new customers or issuing services. Several private firms, including online payment company Paytm and telecom provider Reliance Jio, made the ID mandatory for Know Your Customer (KYC) procedures. It is unclear at the moment how these companies will operate from now on. Tech giants like Microsoft and Amazon have also used Aadhaar integration in some of its products.

There were mixed reactions from critics of Aadhaar. Lawyer and activist Mishi Choudhary said:

The Supreme Court has put a stop to the onward march of ubiquity of Aadhaar by curtailing its scope and limiting it to welfare schemes and filing of Income Taxes. Striking down  of Section 57 that gave access to private companies puts a stop to this mission creep of Aadhaar. This gives a much needed relief to the common public. The limitations about time of storage, on metadata analysis and state interference are important developments for privacy.

However, after its landmark ruling in the Privacy Judgment, upholding privacy as a fundamental right, the judgment is a lost opportunity for the Supreme Court to have considered the constitutionality of the Aadhaar Act on the basis of the measures identified by the privacy judgment and other contours such as passage of the Aadhaar Act as a Money Bill in the Lok Sabha.

#AadhaarVerdict is NOT a balanced judgment. It's a HUGE loss for civil liberties. TV news anchors gloating about no mobile linking have NO IDEA what they're talking about. PAN linking makes it mandatory; allowing it as a money bill opens door to further constitutional abuse.

You can read full judgment from the Supreme court here. It will be interesting to see how this ruling might affect the upcoming data protection bill, and what that will eventually spell for Indian citizens’ privacy.

Read next: Google will let regulated businesses advertise cryptocurrency in US and Japan