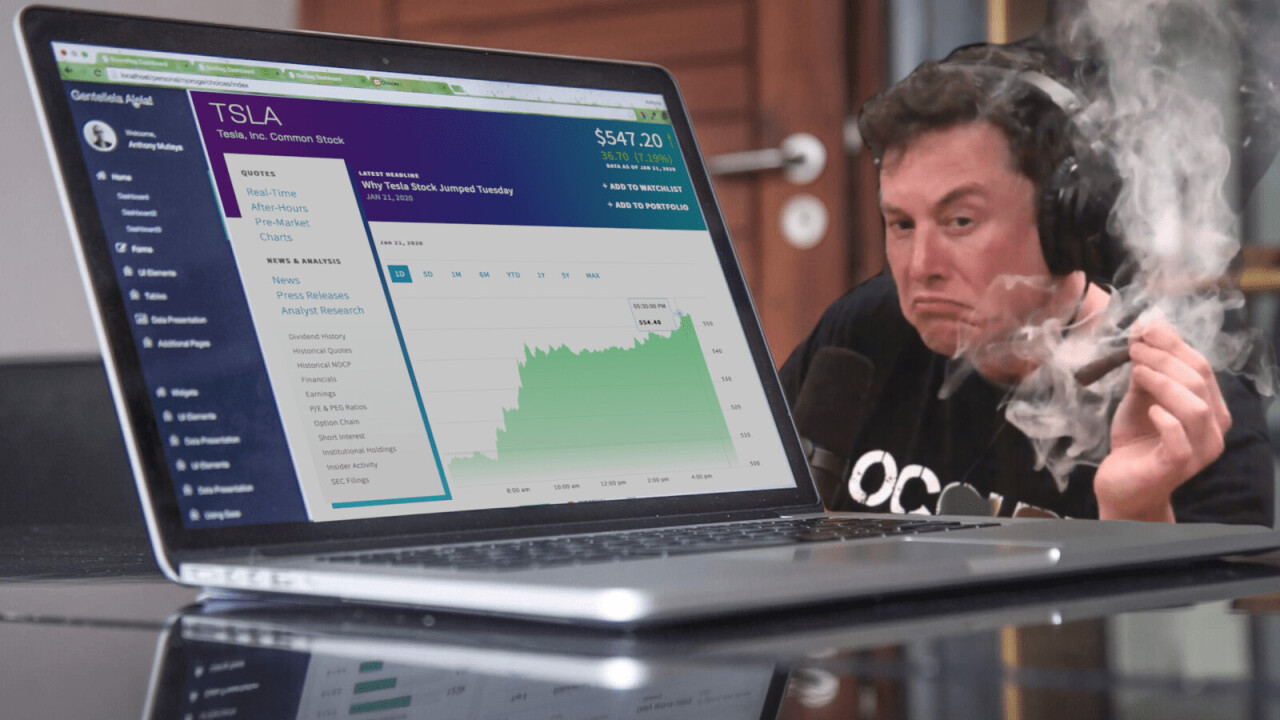 Elon Musk appears to have built a venerable financial fortress around his electric vehicle company Tesla. On Tuesday it became the first US carmaker, that publicly sells shares, to be valued at over $100 billion.

Late last night, at around 2330 CET (1730 EST) Tesla‘s share price jumped to $554. This bumped the company’s overall market capitalization to over $100 billion.

Tesla‘s valuation far outranks other publicly traded US carmakers like General Motors and Ford. At the time of writing, General Motors market cap is around $49 billion, while Ford’s is just over $36 billion.

According to Reuters, the EV maker’s valuation is a sign of Wall Street‘s strong confidence in an all-electric future.

Over the past week, Tesla vehicles have been at the center of a petition to the US National Highway Traffic Safety Administration (NHTSA). The petition outlined a number of complaints — from both Tesla drivers and non-Tesla drivers — that the cars had been accelerating without warning or driver input.

What’s perhaps most significant is the petition was lodged by someone known for their bearish stance on Tesla. They are also known to bet against and short sell the company‘s stock.

The EV marque came out in force earlier this week contesting the petition saying that all of its vehicles accelerate exactly as they are designed to, and only when the driver asks it to.

The NHTSA highlighted that it receives numerous complaints of sudden unintended acceleration, and more often than not they were the result of driver error and not a problem with the vehicle.

At pixel time Tesla’s stock price sits at $547.20 where it closed the previous day.

Even though the debacle captured headlines, it evidently had no impact on Tesla‘s stock price in the short term. It seems nothing can derail the Tesla train.