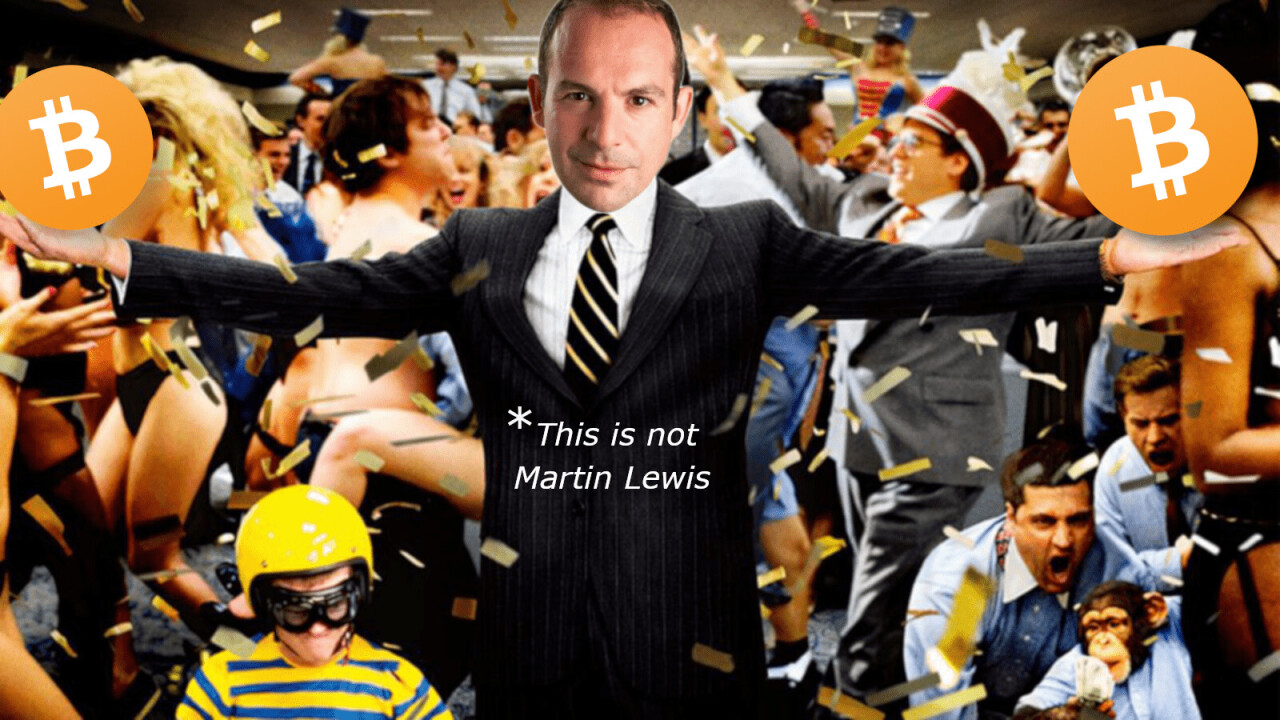 It’s 2020, you’d think by now cryptocurrency scammers would have moved on from using unendorsed celebrity images to peddle their heinous cons. But no.

Earlier this week, Twitter user @peterfinn5252 claimed to have come across new adverts featuring Money Saving Expert founder Martin Lewis. The adverts claim that a “revolutionary Bitcoin home based opportunity” will change the lives of “thousands of British [sic] forever.”

@MartinSLewis I just came across this on instagram. In view of what you have said in the past I am guessing you are not endorsing this pic.twitter.com/WWQSCLMnkf

Sadly, though, it won’t. Because the ads are fake.

One of the adverts is mocked up to look like British tabloid newspaper site, the Mirror. But the URL is clearly not related to the Mirror’s real website.

Martin Lewis has already chimed in to debunk the fraudulent advertisements. Responding to @peterfinn5252’s tweet, he confirmed that he isn’t endorsing the adverts. They’re fakes.

In case you didn’t know, Martin Lewis is a household name in the UK, he regularly appears on News, Television, and in the press to comment on financial products such as bank accounts, savings schemes, government incentives, and so on. He sold the website he founded, MoneySavingExpert.com in 2012 for over $133 million.

Nothing new to see here

This is far from the first time that con artists have used fake celebrity endorsements to sell heinous cryptocurrency programs.

Last year, Hard Fork reported on a number of cases from around the world where images of local celebrities were used by con artists to encourage individuals to invest in heinous cryptocurrency products.

In one case, Dutch journalist and television personality Jort Kelder called out one of the scammers directly over Skype. The perp appeared to show little remorse after being rumbled.

Another Dutch TV personality and one of the brains behind the show Big Brother, John de Mol, attempted to sue Facebook over fraudulent Bitcoin adverts that featured his name and image. The case amounted to nothing, as negotiations reached a stalemate.

Given Lewis’ good reputation, he’s often used in these kinds of scams.

Back in April 2018, Lewis said he was personally launching legal action against Facebook over bogus financial get-rich-quick adverts that contained his image, name, and advice he has never endorsed.

The following month, Facebook admitted that it had indeed hosted thousands of fake adverts featuring Lewis.

No matter the legal action taken against social media platforms, it seems scammers will continue to use these illicit tactics to con unwitting victims. At least people appear to be wising up, though.