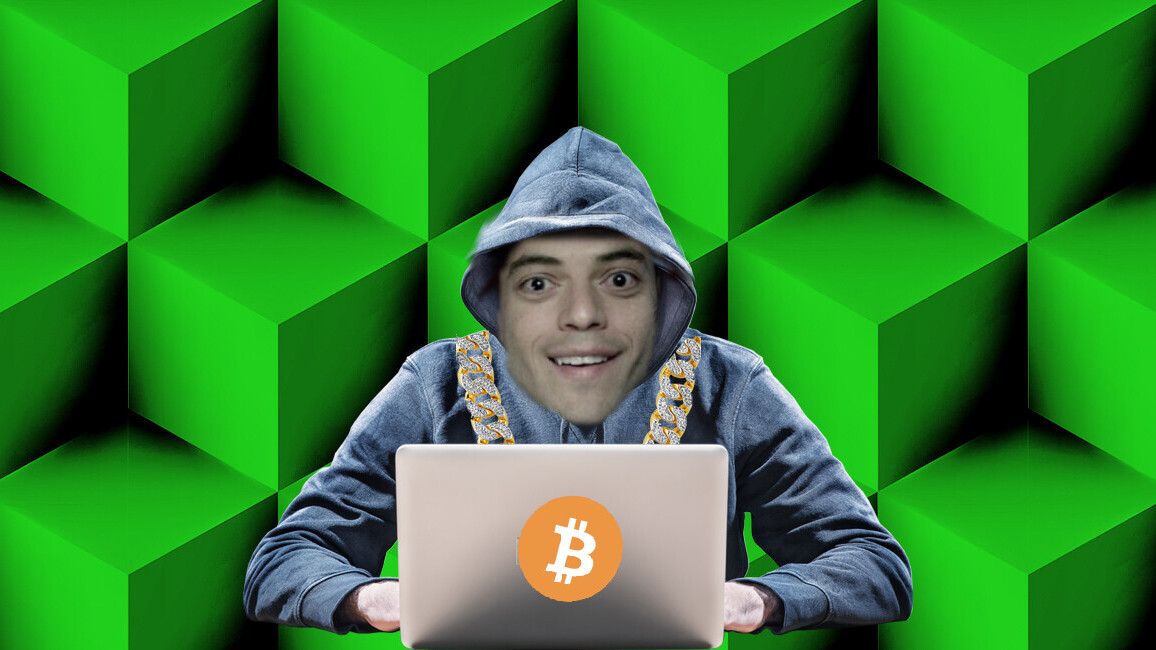 In the latest episode, vigilante hacker Elliot Alderson codes a program for “cleaning coins” with a “crypto tumbler.” Presumably, he’s looking to steal some Bitcoin, and wants to cash it out without being caught.

Elliot’s mixer is likely to make tracking Bitcoin more difficult, much like popular BTC solution CoinJoin, which allows multiple users to shuffle coins with each other to hide their history.

These programs have grown in popularity in response to the rise of analytic firms like Elliptic and Chainalysis over the past year.

‘Elliot’ has siphoned some Bitcoin already

In the screenshot above, the auto-complete in Elliot’s programming environment suggests a Bitcoin address: 1MbwAEKJCtPYpLPxEkUmZxwjk63nQrpbXo.

Plugging that address into Blockchain.com’s explorer shows it’s been featured in five BTC transactions since the episode aired on November 24.

While the total amount sent to “Elliot” is pretty small, just 0.0044470 BTC ($32), what’s curious is some of that Bitcoin appears to have been siphoned already.

Indeed, whoever controls that Bitcoin address sent a combined 0.00030343 BTC ($2.20) to external addresses two days ago. Curiously, one of those addresses, a “multi-sig” wallet, has seen quite a bit of usage.

What inspired these Bitcoiners to send money to a fictitious character isn’t really clear. Considering how poorly price of Bitcoin has faired over the past week, let’s just say it’s for good luck.