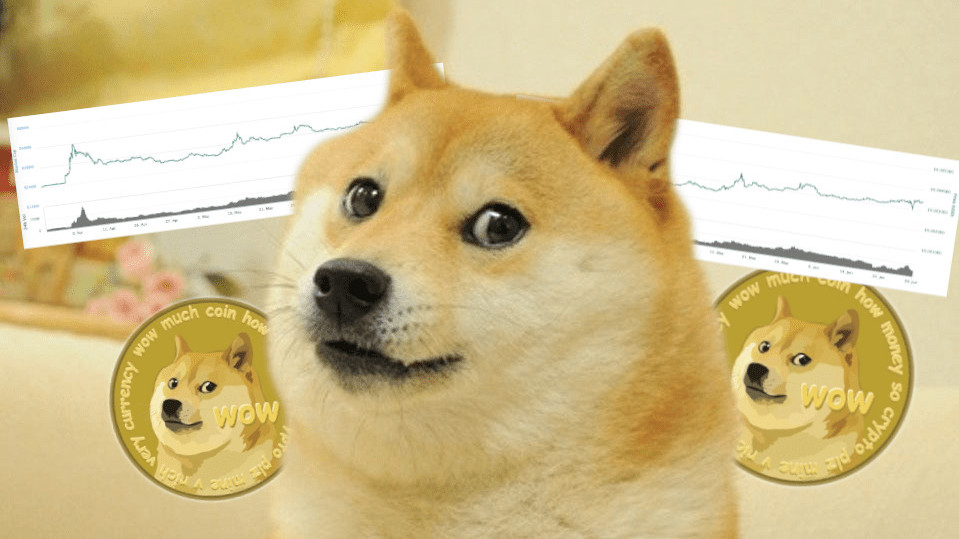 With this in mind, Hard Fork spoke with developers Ross Nicoll and Michi Lumin to find out what it takes for Dogecoin to go beyond its meme status and their plans to build it into a legitimate cryptocurrency. But first, here’s some background.

The Doge days are over

Dogecoin has been in development since 2013. Its original creators, Billy Markus and Jackson Palmer, wanted to create a cryptocurrency that wasn’t as stuffy or boring as Bitcoin. They thought a more fun digital currency would appeal to a much broader audience, but little did they know that its “Doge” mascot would  help it gain a cult following.

The cryptocurrency leveraged its jovial reputation in 2014, when it was used to raise $25,000 for the Jamaican bobsleigh team to get them to the Sochi Winter Olympics. It’s the stuff worthy of a movie deal, probably.

Earlier this year, Tesla CEO Elon Musk gave a helping hand to bring Dogecoin back into the public eye after getting in on the cryptocurrency’s April Fools gag.

On April 1, Dogecoin seized the opportunity to live up to its affable nature and put out a Twitter poll for followers to vote on whom they would like to see as Dogecoin’s new CEO. In the tweet, Dogecoin said it had listened to concerns and decided it needed a leader, someone who could take it into the future.

Whether he liked it or not, with 54 percent of the votes, Elon Musk was inadvertently crowned as Dodgecoin’s new CEO. Seemingly happy about his “victory”, Musk said it “might be his favorite cryptocurrency,” and that “Dogecoin rulz.”

Knowing how to take a joke

It was all a bit of fun, and although this is something Dogecoin devs are happy to indulge, they also want people to recognize the project as serious. But, that doesn’t come easy.

“It’s a challenge, certainly, and I’m conscious that when presenting ourselves we need to both be approachable and simultaneously ensure that we address potentially very complex topics  with the depth they require,” Dogecoin core dev Ross Nicoll told Hard Fork.

Lumin echoed Nicoll’s thoughts. “While people do think Dogecoin is a “joke”, we actually do take it very seriously,” Lumin said. Memes and jokes aside, “ it holds up a substantial economy, and we know its users are depending on us to keep that stable,” they added.

Dogecoin has come up with strategies to address this, though. Communications are based around the simple principle of using dedicated channels for each subset of users. This helps Dogecoin balance a level of seriousness but also maintain an outlet for its fun and jocular nature.

“Personally I use different accounts to split how we interact; Github tends to be very serious business, as is the @dogecoin_devs Twitter account, while @dogecoin tends to be the friendlier, lighter content,” Nicoll added.

Indeed, what Dogecoin devs communicate is also highly important. Unlike some initial coin offerings, which talk about the future value of the project, Dogecoin actively steps in the other direction.

“We avoid discussing price, as it could lead to accusations of speculation or price pumping activities,” Lumin said. “Dogecoin is a currency and not a speculative instrument; one of its major strong points is its relative stability.”

That said, calling these methods of communication “strategies” might be grandiose. In reality, these channels emerged more organically as a result of the community itself.

“In many ways this reflects the efforts of the many volunteers working on the project,” Nicoll said. It allows him to “focus on code and the day to day technical operation while others work with the community, helping build engagement and generally being the more fun side.”

Given how seriously Nicoll and Luin approach Dogecoin, one might think they’d be against the jokes that surround it, but they remain largely ambivalent to the meme. It’s undeniably a vital part of the project and one which has helped grow the coin to what it is today.

“Whether that’s a good thing depends on whom you ask; I got into Dogecoin because I wanted to help with a mass-market appeal cryptocurrency, rather than to become rich, and from that perspective we succeeded very well,” Nicoll added.

When it comes to things like April Fool’s, how, in Dogecoin’s playful nature, “can we not participate?” Lumin asked rhetorically. While some cryptocurrencies and blockchains like Ethereum might be all about the tech, it’s certainly refreshing to see a coin lay back and have some fun once in a while.

Lumin was actually surprised that Musk played along so freely. But there was more to the joke than just trying to capture the attention of one of the world’s most watched tech entrepreneurs.

“We were just poking fun at the notion of a decentralized coin having a ‘CEO,'” Lumin said.  “These days every coin has an ICO, it’s structured like a company; with executives (usually with snazzy glamor shots on their websites, and invariably a ‘CEO of the coin,'” they added.

In that sense, the April Fool’s gag served to subtly reinforce how Dogecoin is different from other cryptocurrencies – particularly the ones that emerged as part of the infamous 2017/2018 bull run. Like Dogecoin itself, it was more than just a joke.

“Dogecoin isn’t a company, and the core dev team doesn’t have executives,” Lumin said. “We have a core team that’s dedicated to keeping things running (and we don’t get paid. None of us are ‘dogecoin rich’).”

Lumin is firm on their assertion that Dogecoin is “not a speculative instrument,” devs at the project take the stability and usability of the coin very seriously. In the same way the April Fool’s gag encased a greater truth, Lumin points out that “Stability is what 1 Doge = 1 Doge actually means.”

While that might be another meme, one that leads many to overlook its hidden truth, it has – according to Lumin – kept the coin alive and usable. Even if some people do hate the saying.

After speaking with Nicoll and Lumin, it’s clear that Dogecoin is a serious project. But the devs cannot deny the power of the meme.

“The meme reputation is a major part of what sets us apart from other coins, and while it presents its own unique challenges, we wouldn’t be here without it,” Nicoll concluded.