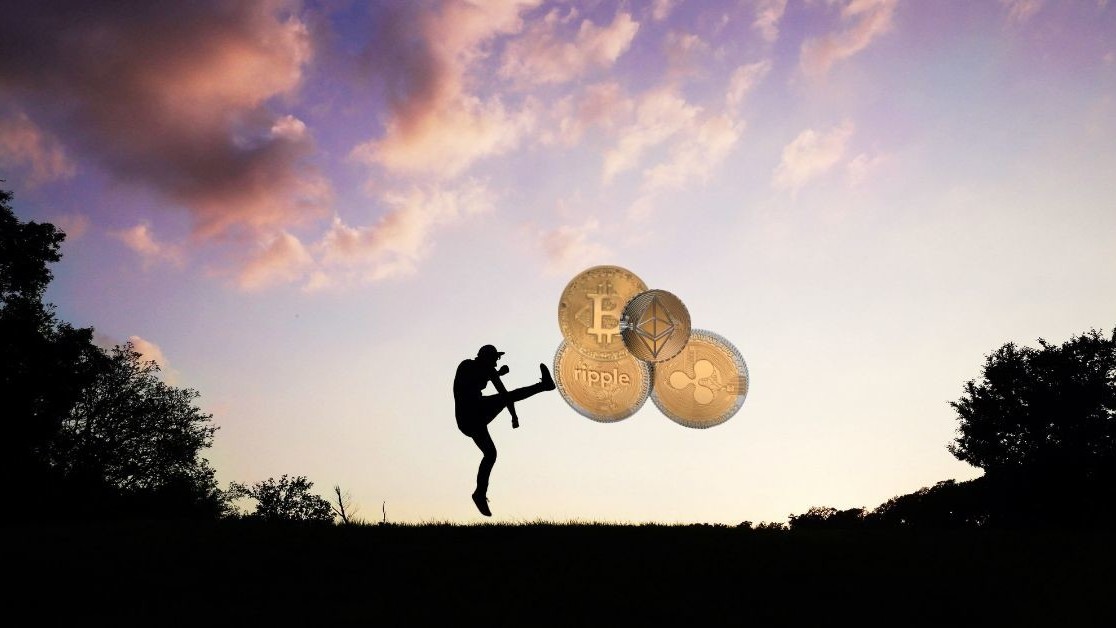 Feuding happens in almost every industry and thanks to social media, normies like me can sit back and watch the juicy fights unfold.

The world of cryptocurrency and blockchain is no exception, with many of its figureheads involved in serious squabbles that often span several years.

Here’s a quick (but not exhaustive) look at who’s fighting with whom, and why.

Craig Wright: The King of feuding

I could devote a whole piece to all the feuds Craig Steven Wright is involved in, but for brevity’s sake, here’s a quick summary.

Craig Wright first burst on to the scene after two concurrent investigations in December 2015 suggested he could have invented Bitcoin.

Since then, the controversial ‘computer scientist’ and ‘entrepreneur’ has continued to claim he is Satoshi Nakamoto – the person(s) responsible for Bitcoin’s creation – and in doing so, he’s pissed a lot of people off.

His relentless insistence has ruffled some serious feathers, largely because he’s so far been unable to provide plausible evidence to support his claim.

Now on to the specifics. Craig Wright and Peter Rizun, chief scientist of Bitcoin BTC Unlimited (a derivative of Bitcoin Core) have been feuding for a long time.

It all started in the Summer of 2017, when Rizun took issue with Craig Wright’s white paper titled “The Fallacy of Selfish Mining: A Mathematical Critique,” where he stated that a Bitcoin selfish mining attack – when an individual in a mining pool tries to withhold a successfully validated block from being broadcast to the rest of the network – wasn’t viable.

Having read the paper and wholeheartedly disagreeing, Rizun said it didn’t make any sense and went as far as claiming some of the work had been heavily plagiarised.

Several months later, in March 2018, Rizun confronted Craig Wright after he delivered a technical lecture arguing his ideas would inevitably lead to mining attacks. Since then, both have taken their argument to the Twittersphere, with Rizun calling Wright “a proven fraud.”

I hate to say it, but both sides likely deserve each other.

In fact, Twitter is alight with comments that shed reasonable doubt on Rizun’s actions.

@PeterRizun got caught red-handed using sock puppet accounts and blocks anyone who asks about it. What a tool. It would be a shame if everyone called him out on it.. Peter Rizun is @decentralizer11 and who knows what other accounts he operates to scam readers https://t.co/CQ7uvxcDAq

Unless you’ve been living under a rock, you’ll know that Roger Ver, aka Bitcoin Jesus, a well-known cryptocurrency evangelist, has also had beef with Craig Wright for sometime.

In fact, in July this year, a judge dismissed a libel suit filed by Craig Wright against Ver. Wright said Ver had defamed him in a YouTube video published in mid-April, in which he denounced Wright’s claim to being Nakamoto.

It wasn’t until November 2018 that Ver confessed that he may have been conned by Wright in a YouTube video. Ver famously admitted “It’s never easy to admit that you’ve been fooled, um, maybe I’ve been fooled.”

Other high-profile cryptocurrency advocates and entrepreneurs have also solidified their stance, publicly calling Craig Wright a fraud for his unsubstantiated claims.

Figures such as Ethereum co-founder Vitalik Buterin, podcaster Peter McCormack, and hundreds have previously expressed concerns that Wright may indeed be a fraud.

Moving on from Craig Wright, let me now tell you about the in-fighting between Buterin and Justin Sun, the founder of the cryptocurrency platform TRON and current CEO of BitTorrent.

The feud started when Sun mocked Vitalik and pointed to an interview where the Ethereum creator said “the next wave in crypto [sic] will not be based on a hype.”

Sun then said that finally, it was clear that the 2017 run lead by Ethereum was all based on hype and also claimed that the next bull run will be led by Tron.

It didn’t long for Buterin to reply, and he did so saying “anyone who puts a dollar sign followed by a ticker symbol in their tweet is basically a self-identified shill and not worth listening to.”

This led Sun to respond saying “We can talk about the dollar sign after the day ETH reaches 2 million Txs per day, which I think will never happen.”

Fast-forward to early 2019, and the feud heightens. While Ethereum and Litecoin didn’t perform too well at the end of last year, TRON experienced steady growth.

In more mature circles, this wouldn’t have moved beyond industry commentary, but Sun took the opportunity to throw some shade at Buterin.

With constant marketing hype and promotion of an upcoming BitTorrent Token airdrop (and even a conference appearance from basketball legend Kobe Bryant), Sun surpassed Buterin in terms of Twitter followers.

He then decided to display true class by taking a dig at Ethereum‘s co-founder over something as petty as social media numbers.

Now we are both 832k. We started six year after you but we always know it is never too late. @VitalikButerin #TRON #BitTorrent #TRX #BTT pic.twitter.com/OTECzheO6U

The truth is, this dig at Buterin didn’t come out of left field, Sun has also been on the receiving end of many negative remarks made by Ethereum‘s creator – and if you don’t believe me take a look at the following tweet, which shows Buterin pokin fun at Sun on April Fool’s Day.

Toward a brighter tomorrow. pic.twitter.com/7FAWC7TS8z

Is a project decentralized if it’s influenced by individual agendas?

It’s entirely natural for people pertaining to a specific industry to disagree on certain things, but everything feels far more personal in the realm of cryptocurrency.

For starters, we’re talking about people who fervently support the creation of a system that bypasses all established mainstream authority. For some, their ideology will have political connotations. Others will focus solely on the economic principles they’ve so diligently studied, while some advocates will adhere to the purity of the technology.

But, whatever their motivations, it’s important not to lose sight of the fact that cryptocurrency is already struggling with a branding problem of its own, regardless of the plights of smaller projects.

The one thing that’s clear to me is that when it comes to personal agendas, cryptocurrency is no different to other industries. The issue here is that decentralized projects should not be affected by or influenced individual egos.

I’m all for constructive criticism and open debate, but I fear that some of this childish behaviour will serve as just another hurdle the industry must overcome if it’s ever going to fully realize its real potential.