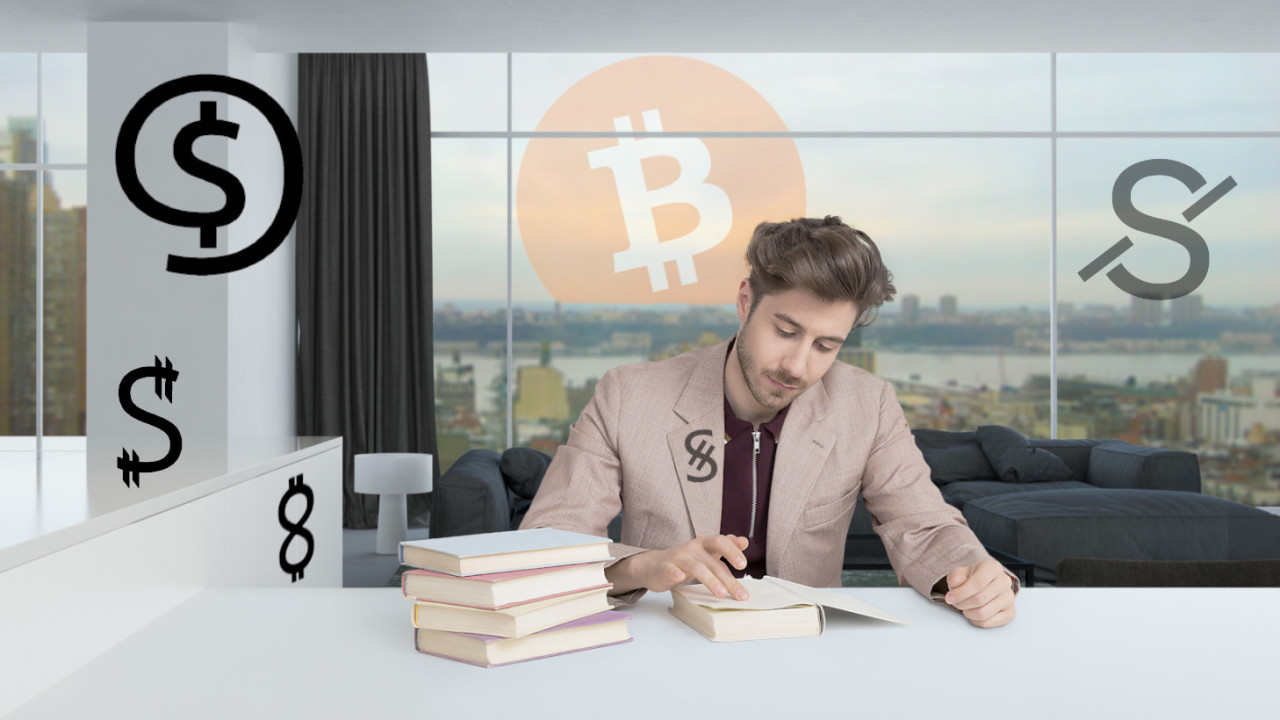 The Bitcoin currency symbol or glyph (฿) has been around for a while now. It was first used by Nakamoto in an early release of the Bitcoin client. Apple even added it to the iOS12 keyboard last year. But the community is yet to decide on a symbol for smaller denominations of Bitcoin, otherwise known as Satoshis.

The community has been discussing the need for a “Satoshi” symbol for some time. Twitter user BitFicus has been campaigning for one symbol for over a year. Five months ago, they compiled their idea into a bundle of assets and published a GitHub repository for a Satoshi symbol.

Earlier this week, the conversation was given another kick up the backside after the head of operations at Lightning Network development house, Lightning Labs, Desiree Dickerson, asked if we can “crowdsource a symbol for the Satoshi?”

Can we crowdsource a symbol for the satoshi? #stackingsats
cc: @starkness

But before we get to potential symbols for the Satoshi, let’s take a look at what a Satoshi even is.

What is a Satoshi?

The Satoshi, in case you were wondering, is another way of expressing an amount of Bitcoin. There are 100,000,000 Satoshis (or Sats for short) to one Bitcoin. Satoshis are useful when you want to send a small amount of Bitcoin to someone. For example, Sending 100 Sats, to someone is a bit easier to comprehend compared to 0.000001 Bitcoin.

Counting in Sats actually feels like you own something. But that’s almost certainly a psychological thing, programmed into my brain after years of seeing decimals as just fractions of a whole.

Sats are generally used for small transactions. Bitcoin and Lightning Network developer Guillaume Verbal uses Sat payments in many of the apps he creates. For example, in his Lightning Connect Four app, players each stake 100 Sats (0.000001 Bitcoin or $0.0095), and the winner takes all.

More fuel for the fire

A retweet from Square – the payment app headed by Twitter founder and Bitcoin lover Jack Dorsey – showed support for the idea. After which, people started sharing their suggestions. At the time of writing, the tweet had received nearly 90 replies.

For sure. Send us your ideas and we’ll retweet our favorites. 🌀 https://t.co/V1QGYFVdUv

One tweeter proposed the idea of combining the dollar sign and the @ symbol, to create an appropriate hybrid. As it turns out they already have a GitHub repository supporting this symbol, and have been campaigning for its adoption since last year.

Other users jokingly suggested that the community didn’t need to come up with a symbol, because one already exists, the $ sign. The joke goes that dollars will soon be redundant and the cryptocurrency community will be able to adopt the symbol for Sats.

No need. We have $. The Fed will not need it for long.https://t.co/UIpGhPyiSr

While that’s equal parts fun and terrifying to think about, there were other more realistic ideas submitted. A small group of submissions focused on the fact that Bitcoin is divisible to eight decimal places, and built the logo around variations on the number eight.

Just did it on my phone but you get the idea. why does it need to be a $? pic.twitter.com/NhkNpTSRfa

Most sub currencies have some sort of strike through of some sort so this follows through with that, but mainly I was fixated on creating the number 8 in some way. 1 satoshi = 0.00000001 BTC (8 decimal places), simple way to integrate the mathematical side into the logo. pic.twitter.com/9LvjaXWvhs

Ultimately, it doesn’t really matter what the community decides or whether a decision is ever made. Perhaps developers like Verbal and Lightning Labs should just pick their favorite and stick with it, and force the market to adopt whichever symbol they prefer.

The community has been debating this for long enough, and still hasn’t agreed on one. It might need a more forceful hand to make it a reality.

As the price of Bitcoin continues to rise, though, Satoshis will become more relevant. If Bitcoin is more widely adopted as payment for normal things such as bread, or milk, how would you rather think about it?