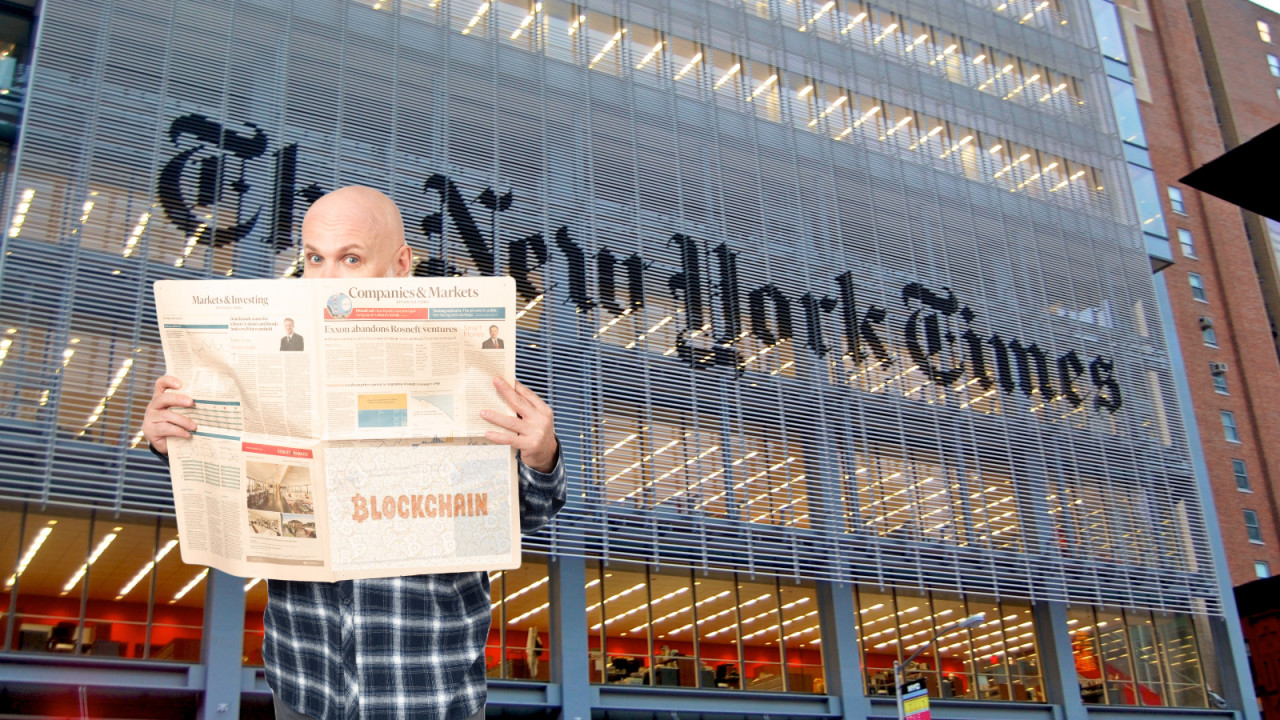 Combating fake news, deepfakes, and misinformation is one of modern journalism’s biggest challenges. There have been numerous attempts to help readers recognize when a source shouldn’t be trusted. One of the latest ideas comes thanks to news media mainstay The New York Times and blockchain technology.

In what it’s calling “The News Provenance Project,” the NYT is exploring Hyperledger Fabric with the help of IBM Garage (an innovation incubator of sorts) to build a private and permissioned distributed database to try to prove the authenticity of images used in journalism.

That might sound like an oxymoron, but it’s private and permissioned from a control point of view, and distributed geographically speaking.

Thew news agency believes it will be able to prove the authenticity of images by publishing the originals to a blockchain. In theory, this will create a form of digital provenance that could prove where an image comes from, and if it has undergone any edits since it was first released.

According to a blog post, the NYT thinks a blockchain-based system will be useful as it prevents previous records from being adjusted. “Files are not so much changed as built upon,” the post reads.

Indeed, it will have to make sure that its blockchain solution is immutable then, as this is not always a given.

The New York Times‘ idea is all theory at the moment, as it seems its still nailing down the specific technical details of how the system will work.

NYT says it will be trialing and exploring this idea for the remainder of the year. Alongside the trial, the publication will conduct user research (presumably to understand if the system actually works as intended) and will develop a technical Proof-of-Concept, too.

If it sees success with the initial phase, NYT plans to roll the concept out to other areas of journalism.

If you thought you’d heard all this before, you’d be forgiven as this isn’t the first time blockchain has been touted as a fix for some of journalism’s modern woes. Even so, we’re still yet to see anything with any real substance.

One blockchain startup called Civil caught the industry’s attention over the past two years with its claims that its blockchain was going to “fix” journalism. Naturally, it had its skeptics, but it wasn’t enough to dissuade Forbes from joining Civil last October.

Forbes wanted to host meta-data about its articles on Civil, and display a badge alongside the content to verify its authenticity. There appeared to be no mechanic that stopped bad actors from illegitimately using this badge, though.

Unfortunately, Civil announced that its initial coin offering (ICO) had failed, just a week after Forbes announced its partnership with the firm.

Indeed, there are many hurdles to overcome to fix challenges associated with fake news. Blockchain hasn’t proven to be the answer yet, but good on The New York Times for trying.