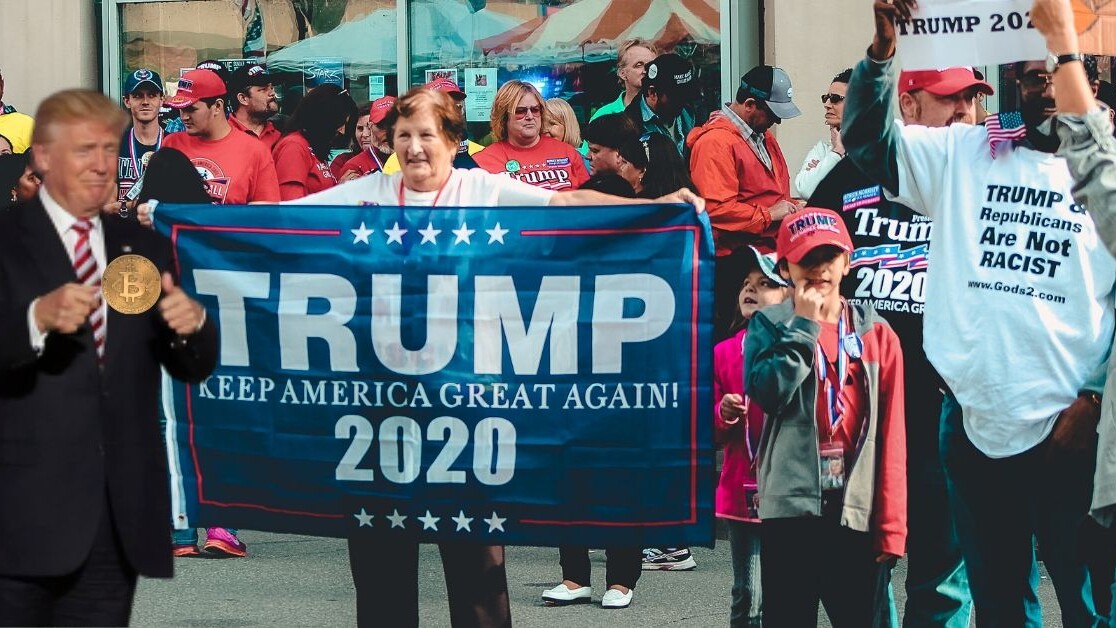 US President Donald Trump, known for his complicated relationship with technology and his incessant need to share his ill-advised thoughts with the world, has admitted he’s not a fan of cryptocurrency.

The controversial billionaire–cum–leader of the free world shared his disdain with cryptocurrencies such as Bitcoin and Facebook’s upcoming Libra in a string of tweets earlier today.

Trump said cryptocurrencies were not money and took issue with their highly volatile value “based on thin air,” as well as their potential to facilitate criminal activity.

I am not a fan of Bitcoin and other Cryptocurrencies, which are not money, and whose value is highly volatile and based on thin air. Unregulated Crypto Assets can facilitate unlawful behavior, including drug trade and other illegal activity….

….Similarly, Facebook Libra’s “virtual currency” will have little standing or dependability. If Facebook and other companies want to become a bank, they must seek a new Banking Charter and become subject to all Banking Regulations, just like other Banks, both National…

…and International. We have only one real currency in the USA, and it is stronger than ever, both dependable and reliable. It is by far the most dominant currency anywhere in the World, and it will always stay that way. It is called the United States Dollar!

Why Trump is wrong

Trump‘s assertions are largely based on Bitcoin‘s decentralized nature, and his belief that a third-party such as a government must control the issuance of money.

6/ Some thoughts for those that claim #bitcoin is backed by nothing while the 🇺🇸 dollar has robust backing that couldn’t possibly fail.. pic.twitter.com/16s5hzg4mU

The “bitcoin is backed by nothing” argument is absurd.

It’s not surprising that Trump – like many politicians and financial bigwigs – has an issue with cryptocurrency, but his less-than-favourable track record with tech does beg the question of whether he actually understands the inner workings of the technology (or even its underlying economics).

While most politicians are quick to criticize cryptocurrency, their inherent volatility, and lack of centralization, it goes without saying that the systems they represent are far from perfect.

Bitcoin, for example, came into existence in the aftermath of the 2007-2008 global financial crash, a crisis so deep that it’s considered by many economists to have been the most serious downturn since the Great Depression of the 1930s.

While theories about its causes abound, many point the blame towards a flawed political and economic model characterized by subprime lending, deregulation, and the collapse of the housing market.

So, while Bitcoin is probably not the answer to all these problems, it’s sad for Trump to criticize it so dismissively.

Bitcoin may not be controlled by a government, but it’s backed by cryptography and decentralized, rigorous consensus.

In an age where technology is arguably becoming more trustworthy than some politcians, I for one can see why cryptocurrency supporters might seek to trust math over politics.