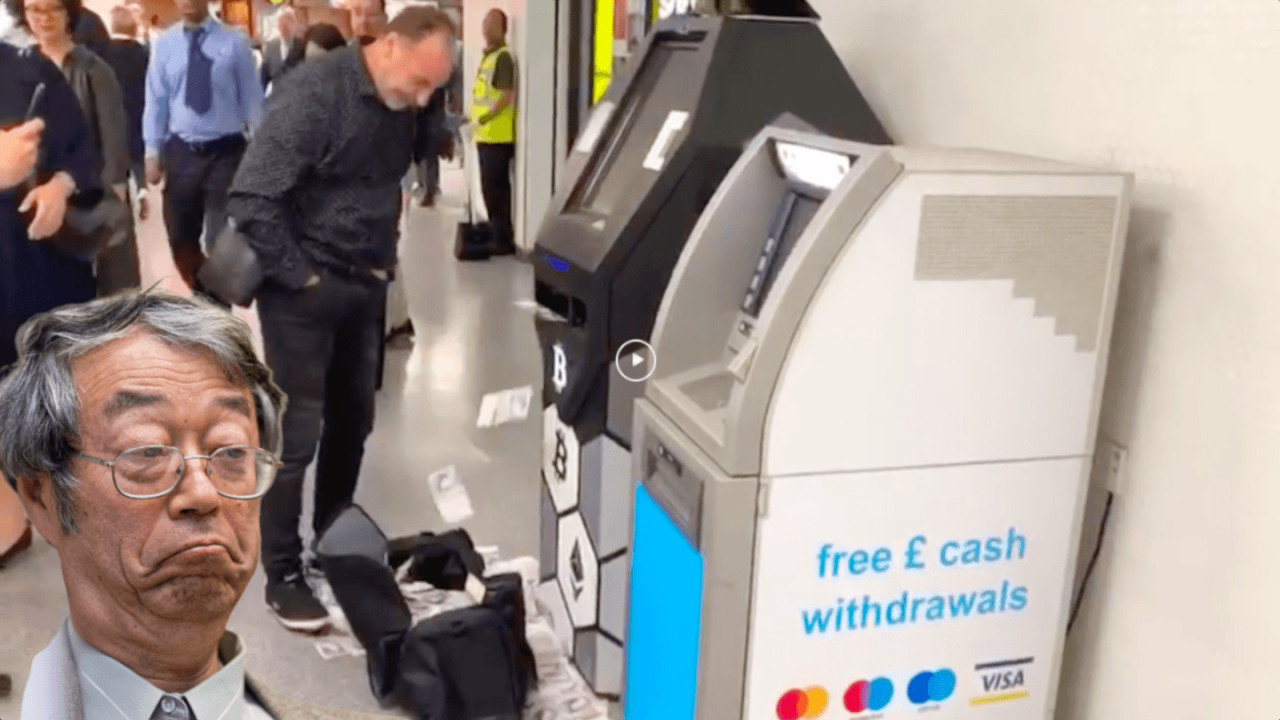 No, this isn’t a new Anderson Paak video. In a bizarre scene, footage shows a Bitcoin ATM spewing heaps of cash in a shopping centre nearby London’s Bond Street train station, while a security guard does their best to keep onlookers at bay.

The video of the curious incident was first posted to Reddit late yesterday. A man is seen desperately trying to catch as many flowing bank notes as possible with a duffel bag placed in front of the machine (spoiler: it doesn’t work).

While Redditors speculate bad actors could have caused the eruption with “jackpotting” (a term for hacking ATMs to dispense money on command), Shitcoins Club – the Polish company handling the machine – told Hard Fork the withdrawal was intentional.

“Everything was going well during this transaction,” the Shitcoins Club rep told Hard Fork. “As you can see there is a bag in front of the ATM.”

Strange shit has happened to this Bitcoin ATM before

Curiosity has surrounded this exact ATM before. Roughly one month ago, a suspicious image of an unknown user accessing the machine was shared to social media.

A private key for DASH cryptocurrency was also displayed on-screen, which appeared to have resulted in the theft of a small amount of cryptocurrency.

The firm later explained the peculiar activity was the result of a coin maliciously stuffed into the machine’s banknote acceptor, which had jammed it.

IT staff were reportedly forced to carry out maintenance remotely, as the building it’s located in only allows physical work on weekdays.

The Shitcoins Club rep further claimed the publicly displayed DASH private key was part of the company’s procedure, and not a mistake.

There is so much cash in these ‘shitcoin’ machines

Data from CoinATMRadar shows there are supposedly 60 Shitcoins Club machines scattered across Europe, a third of those concentrated in the firm’s native Poland.

This places Shitcoins Club in the top 15 cryptocurrency ATM manufacturers in the world.

A spokesperson previously claimed its ATMs are “the only ones in the UK which can handle large cash withdrawals,” and that its ATM at Bond Street station held £30,000 ($38,000) around the time of the jamming incident.

Still, it’s not every day you see an ATM fire out bank notes in view of a confused public — and as a mall cop attempts to secure the (duffel) bag, no less.