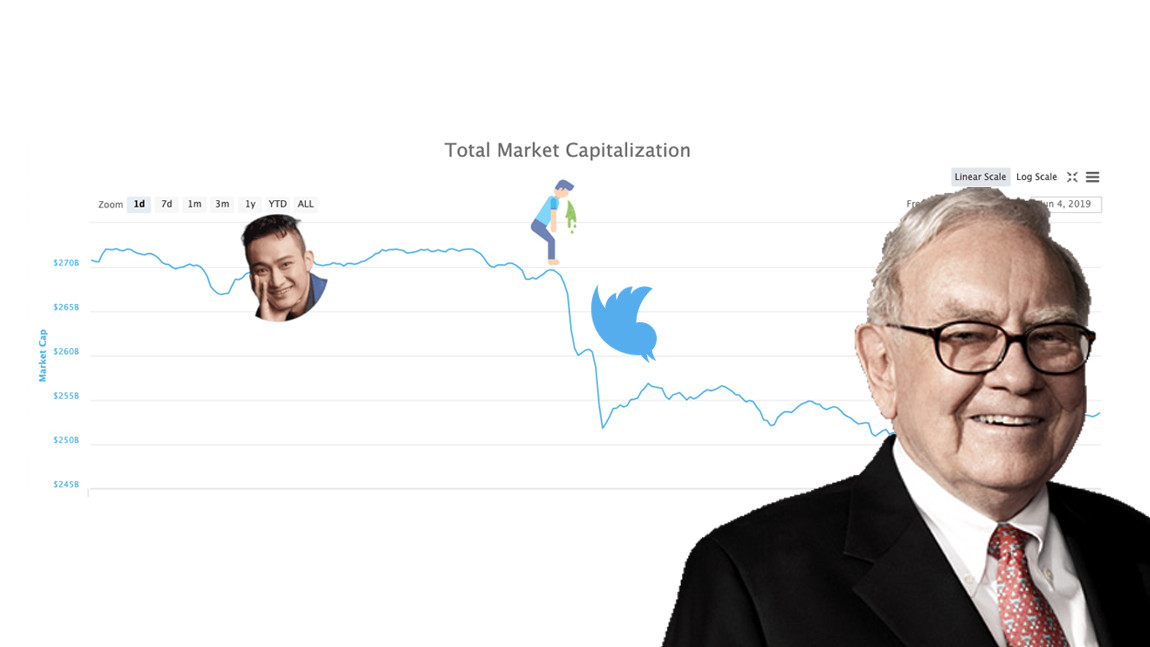 In a blog, Sun pledged to sway Buffet, a notorious Bitcoin skeptic, towards cryptocurrency. Sun also said he would be inviting six “industry leaders” to join their lunch in support.

This is when the Twitterverse unleashed its barrage of ridicule.

Warren Buffet just got the news that he’s having lunch with Justin Sun and market sold. Thanks a lot pic.twitter.com/tu61cu1Re4

Buffett called #Bitcoin rat poison.
He now has to eat lunch with Justin Sun.
This is called karma.

Roughly six hours after Sun announced the coup, Bitcoin ironically fell below $8,000 for the first time in a week, and more than $15.7 billion suddenly drained from global cryptocurrency markets.

Earlier this month, Buffet confirmed he still considered Bitcoin more of a “gambling device” than an investment. Last year, he labeled Bitcoin “rat poison squared” — something the cryptocurrency community is yet to forget.

All joking aside, Sun’s BitTorrent (BTT) cryptocurrency took a major hit too. At pixel time, it’s down over 10 percent, while TRX remains steady, dropping just 2 percent.