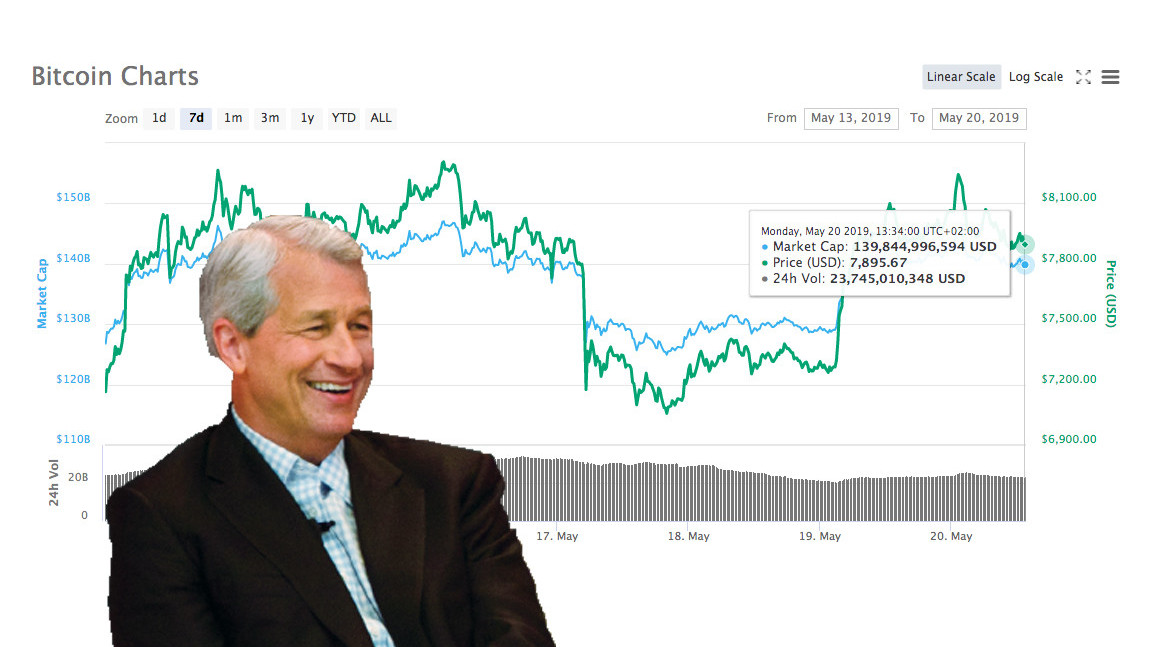 Banking behemoth JP Morgan Chase & Co. has taken another shot at Bitcoin, BTC claiming the cryptocurrency‘s latest rally has pushed its price beyond its “intrinsic value.”

“Over the past few days, the actual price has moved sharply over marginal cost,” JPMorgan analysts wrote in a note obtained by Bloomberg. “This divergence between actual and intrinsic values carries some echoes of the spike higher in late 2017, and at the time this divergence was resolved mostly by a reduction in actual prices.”

To come to this conclusion, the JP Morgan team treated Bitcoin as a commodity, calculating its “cost of production” based on a number of factors, including estimated computational power, electricity expense, and hardware energy efficiency.

“Defining an intrinsic or fair value for any cryptocurrency is clearly challenging,” the analysts continued. “Indeed, views range from some researchers arguing that it has no fundamental value, to others estimating fair values well in excess of current prices.”

By now, JP Morgan has made a habit out of thrashing Bitcoin and cryptocurrencies. Back in 2017, CEO Jamie Dimon called the currency a “fraud” – a statement he later softened, suggesting he simply doesn’t care about Bitcoin. Since then, JP Morgan launched its own blockchain-based “digital currency,” which was neither a cryptocurrency, nor a stablecoin.