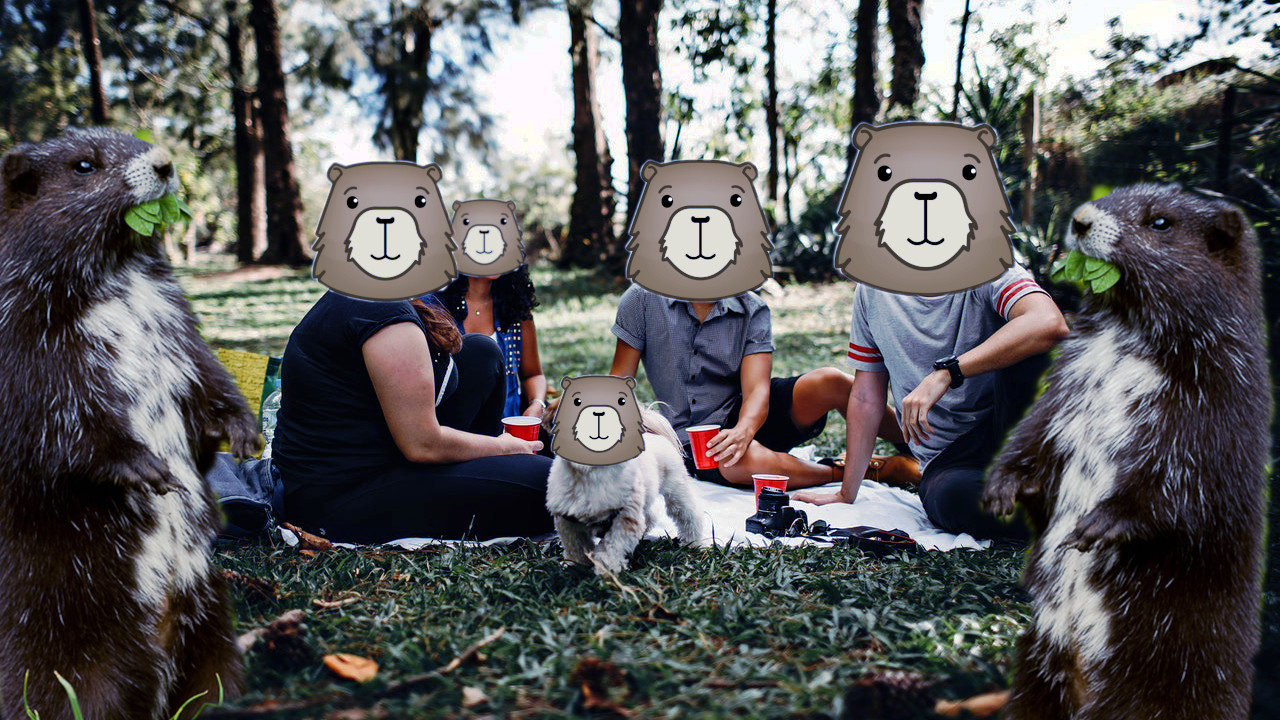 Marmots. If you’re unfamiliar with this creature, marmots are kinda like squirrels, but the size of a house-cat. In Canada, they’re heavily endangered, and one cryptocurrency anti-influencer is hellbent on raising awareness with an official marmot emoji.

Preston Byrne is a lawyer and self-professed blockchain nerd. On Twitter, you’ll often find him subverting influencer-centric cryptocurrency discussion with talk of marmots. If it helps, the groundhog (from Groundhog Day) is technically a marmot.

There’s also an (imaginary) marmot-associated cryptocurrency, Marmotcoin. Its (sadly theoretical) supply-limit is pegged to the population of marmots (unlike Bitcoin‘s fixed 21-million supply), and one marmot is always equivalent to one Marmotcoin.

This joke for cryptocurrency insiders even made it to a recent Bloomberg video interview, when Marmotcoin was dropped into a cryptocurrency-related conversation as if it were a real project.

How blockchain technology intersects with the ever-endearing marmot is not totally clear, so Hard Fork caught up with Byrne to find out why the hell he just won’t shut up about them.

Marmots help with ‘debunking outlandish claims made by coin people’

Byrne’s appreciation of marmots began in childhood, as he grew up in the US with a large yard that housed a number of marmot burrows (or, more specifically, woodchuck burrows). He noted these could do “serious damage” to the axle of a lawn tractor driving over them, for example.

“When I moved to Europe, this love of woodchucks did not go away; I had to translate ‘woodchuck‘ to ‘marmot,’ however, so that references to these creatures would compute for Europeans,” Byrne told Hard Fork. “When I co-founded Monax, my co-founder, as a joke, had his uncle design a mascot for the company that he described, in the spec, as a “‘punk rock marmot.'”

Byrne explained that Bitcoiners in 2014 were “none too pleased” with Monax, a permissioned blockchain company. He noted it was seen as competition to the those who enjoy their blockchains purely public and permissionless, like the Proof-of-Work-oriented Bitcoin.

Indeed, Byrne has skin in the game. While he’s no longer Monax’ COO, the firm did carve out a niche in the industry under his guidance (PB: “Monax,” by the way, is the second half of the binomial name for a groundhog.)

It’s known for being the first software client for deploying permissioned blockchains compatible with the Ethereum Virtual Machine. It was also the first of its kind to be accepted into the Hyperledger code repository (now distributed as the delightfully named “Hyperledger Burrow.”)

“In early blockchain days I found that audiences who were either not financially literate or software literate, or both, tended to switch off their critical faculties when a presenter began discussing financial subject matter ‘on the blockchain,'” said Byrne. “Referring to Marmotcoin actually became a good way to get people thinking critically about app design.”

LP: "Well, fine. You need to increase our Marmotcoin holdings."
PJB: "Um, there's an issue with that."
LP: "What."
PJB: "We need more marmots for that. It's backed by marmots in my yard."
LP: "Fine. Get more marmots."
PJB: "But we need to wait until they're done hibernating."

“If you’re building a supply chain app, it had better work just as well for people who want to purchase a live, fuzzy, overgrown squirrel as it does for a barrel of oil or a gold bar or part thereof. If it doesn’t, this probably means you’ve failed to consider some issue about the thing you’re moving around or the condition that thing has to be in when it reaches its destination,” he added.

Marmots are totally exchangeable for Marmotcoins

Specifically, Canada’s Vancouver Island Marmots are really, really endangered. Researchers surveyed wild populations 16 years ago and only found 22 animals, and at the time, those in captivity were not all that keen on breeding.

Every Marmotcoin, Byrne says, is backed by marmots in his backyard. A tweet poking fun at “a certain stablecoin’s terms and conditions” also states that Byrne’s marmot reserves may include other woodland critters and domestic pets that may not belong to him.

“Marmotcoins, in theory, are issued as and when I receive an actual, live marmot from a prospective Marmotcoin purchaser, which ensures that supply of Marmotcoins never exceeds the supply of marmots in my yard,” Byrne told Hard Fork.

Byrne commented that Riccardo Spagni, current prominent figurehead for anonymity-focused cryptocurrency Monero, is the only person to have satisfied this requirement.

“[Spagni] is the only person to have satisfied this requirement. Instead of a marmot, however, he sent me a cuddly toy of a rock hyrax, a marmot-like creature with sharp teeth common to South Africa which is the closest living relative to an elephant,” confirmed Byrne. “On account of the level of effort expended, I communed with the marmots and they decided that this was close enough to merit a coin issuance.”

But like JP Morgan’s “cryptocurrency” JPM Coin, this whole thing seems mighty centralized. Can we truly say Marmotcoin is a cryptocurrency, seeing as it probably doesn’t even need a blockchain? What’s the consensus mechanism involved here?

“Good question. Scientists have been trying to figure out how the marmots maintain consensus for several years now, without success. Further advances in understanding the higher-dimensional effects of loop quantum gravity should reveal more about how these fascinating creatures process financial transactions,” Byrne revealed.

‘Marmots have no need for banks,’ but they could do with an emoji

Emojis have certainly evolved into a method for disrupting into the “global conversation.” Recently, emoji-activists have spread awareness of a range of important topics, like racial inclusion and gender-related discrimination.

Why not the Vancouver Island Marmot, Canada‘s most endangered animal? Well, whilst anyone can submit proposals to the Unicode Consortium for new emojis, having them accepted is no easy feat.

A few weeks back, Byrne excitedly tweeted: “THE MARMOT EMOJI IS ONE STEP CLOSER TO REALITY,” after he received confirmation Unicode‘s emoji subcommittee agreed to add marmots (and gophers) to a larger list of animals to be considered for possible future addition.

There’s a problem. Unicode says the marmot emoji needs to be more “distinctive,” and worries that while adorable, it could be confused for a teddy bear, especially at smaller sizes. Byrne said this was understandable, given that “marmots are basically the rodent answer to teddy bears.”

(If you ask me, it almost looks like a very particular, internet-famous teddy bear that was once a popular meme.)

“The marmot emoji design, current version by Twitter user @sporkles, is made to look like the critically endangered Vancouver Island Marmot, of which there are only a few hundred individuals left in the wild,” said Byrne. “Vancouver Island Marmots are cute, friendly, and utterly harmless animals whose existence is threatened by human encroachment.”

“Perhaps a marmot emoji would help us understand that our petty day-to-day squabbles fade into insignificance when compared to the plight of the marmots, or that we’re slowly eroding our patrimony – this planet – in our shortsighted quest for material things which we will throw away as soon as the newest version or model year is released.”

“Maybe if people are given an opportunity to express themselves with pictures of these friendly animals, they will become more friendly themselves. Probably not. But one can hope,” Byrne mused.