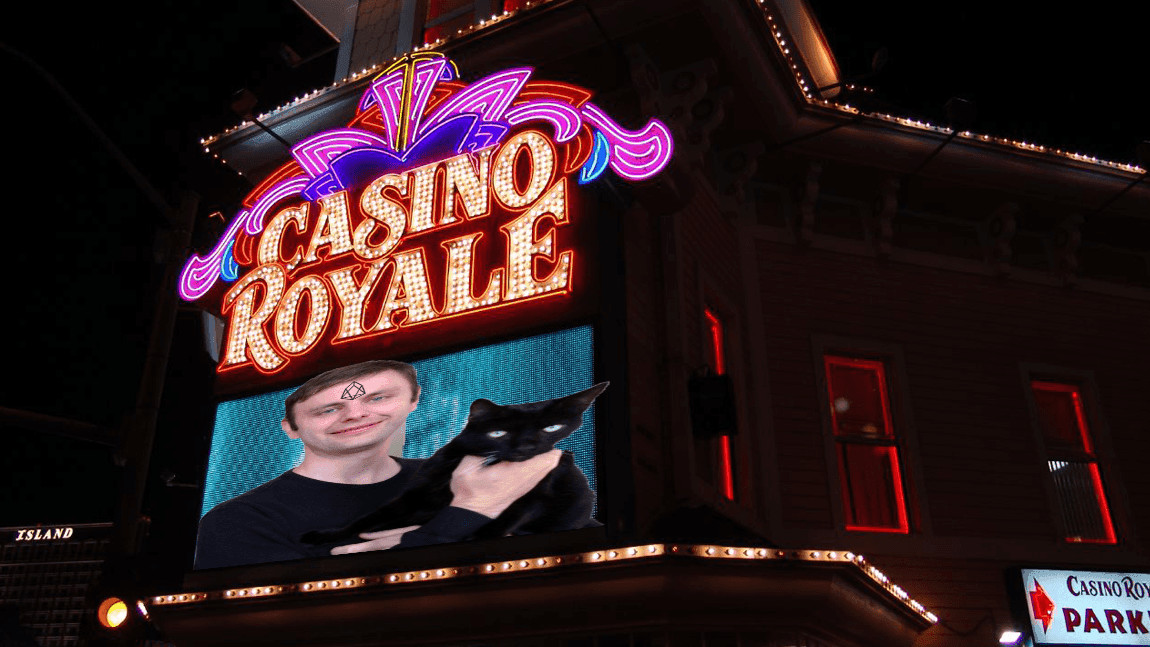 There’s an endless war fought for the attention of blockchain developers. Projects like Ethereum, EOS, EOS and TRON all push their different visions of the tech, often with attempts to define success by how many dapps each network supports, and how big their userbases are.

Today, Hard Fork reviewed data pulled from DappRadar, a service that tracks dapp usage across those three blockchains, to see exactly what kinds of dapp activity each network is attracting.

Back in late January, data showed just 2 percent of Ethereum‘s US-dollar transactional volumes could be attributed to gambling dapps.

By contrast, 70 percent of overall traffic on EOS was the result of cryptocurrency betting activity; for TRON, more than 95 percent of its network activity was gambling-related.

For this research, we focused purely on the number of related transactions processed (not their value) in the past 24 hours, which is DappRadar’s default setting for sorting dapps.

Looking at Ethereum, just two of the top 25 dapps relate to gambling, and more than half are blockchain-based games like CryptoKitties.

Around one-quarter of Ethereum‘s top dapps are platforms for trading and converting tokens and cryptocurrencies, like exchange service IDEX. Two are labeled “marketplaces,” which act as auction houses for collectible Ethereum-based tokens.

EOS and TRON have SO many ‘gambling and ‘high-risk’ dapps

In comparison to Ethereum, most top dapps hosted on EOS and TRON are either labelled as “gambling” or “high-risk” platforms. Remember: just 8 percent of Ethereum‘s most-used dapps wear that label.

For TRON, 18 of the top 25 dapps hosted on its network are flagged as such. Indeed, just two of TRON‘s current “most-used” dapps were found to be actual “games,” and 20 percent of its top dapps are for exchanging and converting various tokens.

“Please do your own due diligence before investing in dapps in the High-risk category (or in any dapp in general),” DappRadar warns. “If it sounds too good to be true, we advise you to stay away and do not invest in that specific dapp.”

But perhaps the most worrisome is the EOS network. According to DappRadar, 17 of its top 25 dapps are straight-up gambling platforms (68 percent). Two are games, two are exchange/conversion services, and one a “high-risk” platform.

This means that 72 percent of the most-used EOS dapps (at pixel time) are either for gambling or come with explicit user warnings to ensure their online safety.

There are three labeled “Other,” which appear to generally be platforms that aim to reward users for using their native tokens in a variety of ways, such as interacting with other users using the dapp.

Gambling was meant to be an ‘early use-case,’ but 10 years later…

At some point, this industry will need to discuss “transaction quality.” Ethereum uses Proof-of-Work to come to consensus. This (currently) attaches fees to transactions, payable by the user and collected by network participants. This effectively protects the network against being flooded by useless “spam” transactions, as it costs money to submit them for processing.

“Delegated Proof-of-Stake” networks like EOS do not feature such transaction fees in their economic model – “actions” on those blockchains are considered free (or almost feeless), which could be seen as attractive by dapp developers with apps featuring fast-moving and repetitive activity like dice and roulette games.

Earlier this week, finance industry bulwark Weiss Ratings released its annual list top cryptocurrencies. It announced the EOS network was first when it came to the sheer amount transactions processed – 14 times that of Bitcoin and eight times Ethereum’s total count.

Weiss ultimately placed EOS as the number one cryptocurrency, after awarding it high scores using proprietary metrics related to technology and adoption. Taking a look at the data, though, it’s pretty obvious “adoption quality” is one metric nobody has figured out how to define, yet.