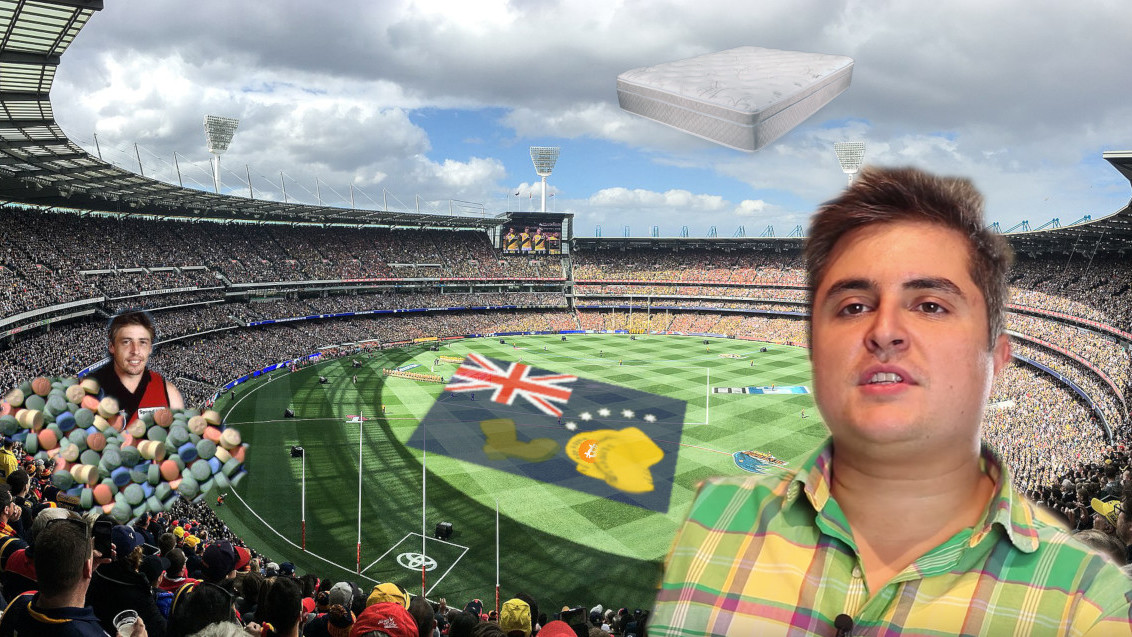 In Australia, a suite of high-profile cryptocurrency investors (which could include accused drug trafficker and former football coach Mark “Bomber” Thompson) are preparing to take their Bitcoin BTC fund manager to court over $14.2 million (AU$20 million) in losses.

Stefanos Papanastasiou (39), founder of what claims to be Australia‘s first online bed retailer, is under fire by a number of disgruntled investors who had been convinced of his power to reduce volatility in the cryptocurrency markets, reports The Age.

Under the name Stefan Papas, he reportedly told clients he had spent $355,000 (AU$500,000) to develop a special computer algorithm capable of providing massive financial returns on money contributed to his fund, dedicated to trading Bitcoin and Ethereum tokens.

Thompson, the disgraced AFL coach and accused ecstasy trafficker, is said to have contributed more than $709,000 (AU$1 million) Papanastasiou’ fund, alongside notable lawyers and business figures.

Property developer Savvas Alexiadis (Sam) and his wife have already taken action. Reported legal documents showed claims of being owed more than $1.9 million (AU$2.7 million) from investments made between July and November 2017 – just as the infamous $20,000 bull market was reaching full steam.

Court documents reveal how Papas operated. “I promise this much, I intend to ensure everyone gets a head start, a huge break or hit the jackpot. It’s there for us to capitalise from,” he wrote in an SMS message. “Sam, the numbers are staggering, seemingly unequivocally within reach. This transition in history, is like no other before it.”

“Sam, don’t get caught up in the details. Leave it to me. Let me know password login for [your stock trading account]. I’ll deal with whatever funds are in there … Eyes on the prize Sam. Understood? Got your back,” Papanastasiou continued.

A series of misappropriations, or ‘something more sinister?’

Papanastasiou is accused of instructing Alexiadis to transfer funds to completely unrelated parties, including $319,000 (AU$450,000) to his mattress supplier, as well as large sums to his wife (since separated), and even his sister – the latter of which is not the subject of any legal claim.

For context, here is Stefan Papas, founder and managing director of OzMattress, shilling the benefits of his bed technology back in 2012.

The deal was to have Papanastasiou provide an equivalent amount of cryptocurrency to Alexiadis, but according to reports, Papanastasiou and his then-wife (a fashion blogger) spent $3.8 million (AU$5.44 million) on a luxury Melbourne home in December 2017. Bitcoin’s price was hitting $20,000 ($AU$25,000) at the time.

Alexiadis’ lawyers say Papanastasiou repeatedly refused to provide accounts of trading activity, and ignored requests to repay the millions of dollars worth of investments contributed to his fund.

“The Supreme Court action is new to me and I intend to defend myself against his claim as he has been compensated in excess of [$1.9 million (AU$2.7 million)],” Papanastasiou told reporters in defense. “Sam and his associates have a lot to answer for as the truth of events is vastly different and far more sinister.”