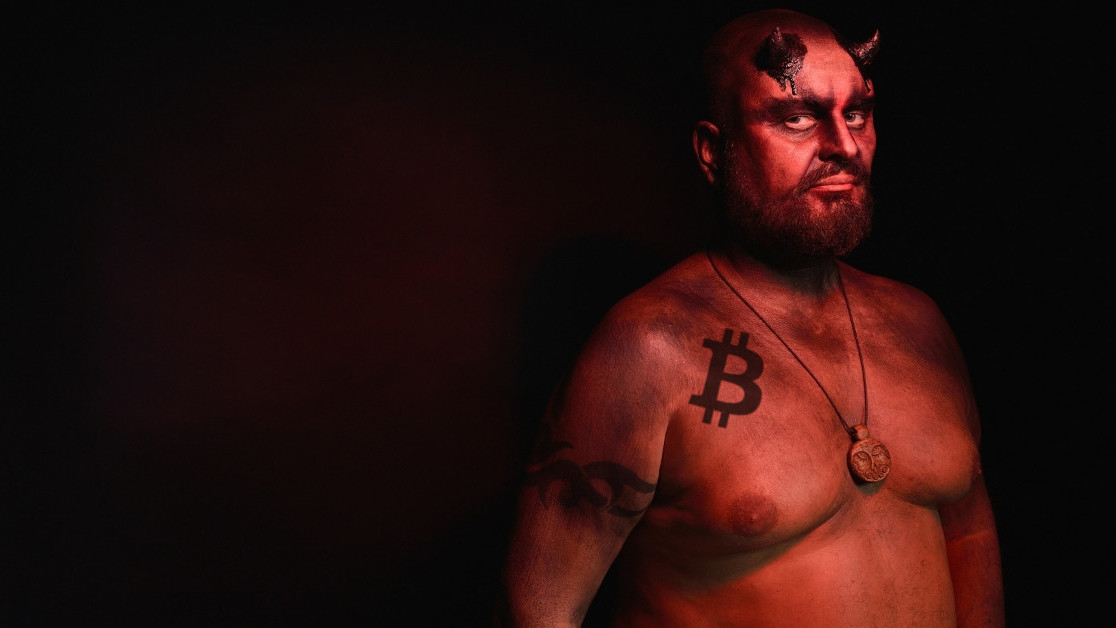 Bitcoin BTC has always been shrouded in mystery, and to this day, not much is known about its origins or the identity of its creator.

The uncertainty of Satoshi Nakamoto‘s identity has spawned a host of conspiracy theories, and a lack of unequivocal proof means some are plausible, while others are obviously outright ridiculous.

Think about it: it’s August 18, 2008 and someone registers the bitcoin.org domain name.

A few months later, in October, a link to a white paper authored by “Satoshi Nakamoto” and titled “Bitcoin: A Peer-to-Peer Electronic Cash System” is posted to an obscure cryptography mailing list.

Soon after that, in January 2009, Bitcoin’s open-source code is released in the wild. By late 2010, Nakamoto began to fade away from the industry.

Hard Fork has taken a look at some of the wildest theories floating around.

A US government project

One of the most prominent theories is that the US intelligence services came up with Bitcoin to be able to send untraceable funding to top-secret international missions.

One example thread, posted five months ago, attributes Bitcoin‘s creation to “Uncle Sam,” aka the US government:

Uncle Sam created Bitcoin in the immediate aftermath of the recession as a way to inflate an imaginary bubble rather than an actual asset class. The propagation of crypto [sic] has been pushed by opportunists led on by spies/actors.

The government-Bitcoin conspiracy is so prevalent that prominent figures in the space have publicly shared their thoughts on the idea.

In 2011, Ethereum’s co-founder Vitalik Buterin posted on industry forum BitcoinTalk to say he wouldn’t be surprised if the National Security Agency (NSA) had been involved in the cryptocurrency’s creation.

Buterin clarified his stance following an article last year. In a tweet sent to his hundreds of thousands of followers, the young entrepreneur curiously said “my opinions have obviously changed a lot since then.”

The brother of notorious Colombian drug kingpin Pablo Escobar – who launched his own coin last year – has also claimed Bitcoin was created by the US government.

He did so in a self-written book, explaining the world would eventually learn of the US government’s creation of Bitcoin, and that the CIA was readying to dump its holdings en masse to drive down the cryptocurrency‘s value and ultimately destroy it.

One Redditor has even claimed Bitcoin is a byproduct of China.

The comment (again, posted some five years ago) says: “Bitcoin was created by a bunch of engineers in the Chinese communist party.”

“They used a Japanese name to avoid suspicion and since China produces computer chips for cheap they can be a world leader in mining and the inventors could be ultra wealthy all while reducing Chinese dependence on the US dollar,” it concludes.

Sometimes, the spooky China doomsday talk bleeds over into research. Indeed, last year, the world was startled to learn that analysts had determined China had the power, means, and possible intent to destroy Bitcoin entirely.

Bitcoin is the devil

Just when you thought the world of cryptocurrencies couldn’t possibly get any weirder, it turns out some people think Bitcoin is the work of the Antichrist.

This conspiracy theory – my personal favorite – states the cryptocurrency is linked to a religious belief based on the Christian book of Revelations, where Bitcoin is considered to be the “Mark of the Beast.”

The Mark of the Beast originates from a story in the Bible’s New Testament and says earthly beings will need to get a mark on their bodies in order to buy basic necessities.

This mark is compulsory for everyone, “the great, the small, the poor and the rich.”

In my opinion, this theory is more humorous than credible.

Another seemingly popular theory is that Bitcoin is actually the spawn of rogue artificial intelligence (or aliens!) using the cryptocurrency‘s network to take over the world.

This bizarre theory was raised by a video uploaded to the UFO Today YouTube channel in August last year.

The video alleges that Bitcoin uses the allure of money to trick people into expanding its network and processing power.

UFO Today said: “Would it be possible that the reason for the Bitcoin code to be so perfect, is the fact that the code wasn’t created by a single extremely skilled developer or even a team of skilled developers?

Others on Reddit agree. A user going by the name of ‘givesadvice4bitcoin,’ said: The Devil needed a way to make more money. He’d been told his whole life that ‘money is the root of all evil.’ Naturally, he wanted to be even eviler.”

“He came up with an ingenious plan to start his own currency and make a ridiculous amount of profit. Knowing that the world would never accept his plan if they learned it came from the depths of hell, the Devil disguised himself as a human and called himself Satoshi Nakamoto.”

“Satoshi Nakamoto is an anagram for: A moist satan hook.”

It’s not surprising that the lack of concrete information about Bitcoin‘s existence has caused many to question its origins, and while I, for one, can appreciate the imaginative explanations posed by some, I can’t help but wonder whether the wild conspiracy theories impact Bitcoin‘s chances at mainstream adoption.

One thing’s for certain though, I’m sure Bitcoin isn’t the devil.