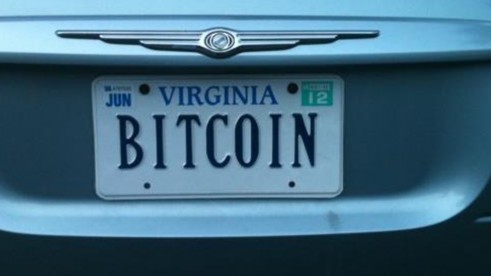 Take a deep breathe and close your eyes for a moment. Katy Perry’s new, inspiring smash-hit, “Roar,” is playing on the radio. Open your eyes. Go catch a movie, and more than likely you’ll watch the much-anticipated LEGO Movie.

Then, take a break from churning out Luigi death stare memes to check on your recent cryptocurrency investment. Bitcoin, now just five years old, is worth a whopping $630, and you’re totally confident Auroracoin is the next big thing in blockchain, even though you’re not really from Iceland.

Welcome back to 2014 – the Ethereum crowdsale has just begun, and XRP is still called Ripple! What a time to be alive.

Back in 2014 (almost five years ago), Bitcoin, Ripple and Litecoin were the top three coins on the market, but that’s where the similarities end. Following those still-relevant names was a swathe of forgotten cryptocurrency projects, like Nxt and Mastercoin.

Be honest: do you remember Auroracoin, the Icelandic alternative to Bitcoin that promised each citizen free cryptocurrency through a series of airdrops tied to the national identification system?

In 2014, it was the fourth most popular cryptocurrency in the world, and hit a peak of over $40 in the first quarter of that year. After being labeled a scam as it failed on its lofty quest to replace local currency, it’s now completely irrelevant (despite a chance revival attempt in 2016).

Peercoin, the Proof-of-Stake cryptocurrency was in the fifth spot. It was once described by the New York Times as Bitcoin’s rival, primarily because it had been accepted at a Star Trek convention, and was supposedly “more green.” At its peak, Peercoins were worth more than $7 each, now they’re worth $0.49.

Not to mention, Peercoin’s market cap is now an infinitesimal fraction of Bitcoin‘s. So pure, NYT.

Mastercoin is probably the most curious platform to disappear from our zeitgeist. It was a layer built on top of Bitcoin (leveraging its timestamps) that businesses could use to launch their own tokens.

It famously raised 4,000 BTC ($500K at the time, $15M today) in 2013 with nothing but a white paper and a vision. A couple of years later, its controversially centralized distribution forced its leaders into rebranding the platform to “Omni.”

So while it’s certainly still easy to take a glance at today’s ‘top eight’ cryptocurrencies and scoff at some of the more dubious inclusions, take a moment and pour one out for projects that never made it – one day, they might join them.