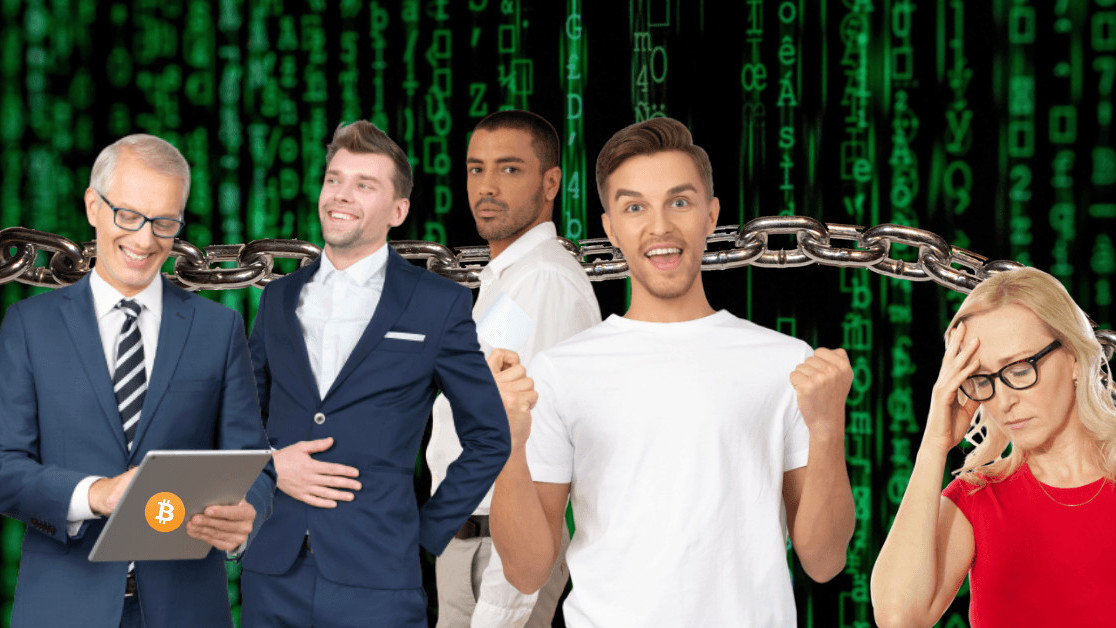 Diversity is a term that’s thrown about often, and sometimes rather vacuously, but the fact of the matter is that the blockchain technology and cryptocurrency industries need more of it.

According to Statista, female employees make up between 26 percent (Microsoft) and 43 percent (Netflix) of the workforce at major technology firms – unsurprisingly the numbers drop further when it comes to jobs where technology is a core function.

These stats are disheartening, but the problem is felt more acutely in the blockchain and cryptocurrency sector, where most studies show female participation is abysmally low.

Because this is freaking absurd. pic.twitter.com/MuedVJqYp4

From experience, cryptocurrency and blockchain conferences usually entail walking into a room full of white men. Hardly surprising, given that 85 percent of employees at recently launched blockchain startups were male.

This is not what blockchain is about

On an ideological level, cryptocurrency and blockchain emerged not only to circumvent mainstream finance but also to democratize society and bring about greater equality and transparency.

In theory, the blockchain and cryptocurrency sector allows us to participate in a way that no technology nor industry has done before.

Participation is pseudo-anonymous. Participants can contribute to the technology through mining, set up a digital wallet, or invest in the market without anyone, anywhere knowing who or where they are.

So, why is it that 10 years after Bitcoin first burst on the scene, the industry is still desperately lacking diversity and displaying clear signs of sexism?

Understanding blockchain technology and accessing cryptocurrencies are the main entry barriers for industry participants regardless of gender, or background, etc.

But, if we take a closer look at workforces across the sector, we come across noticeable discrepancies between males and females.

A study by Longhash, which looked at blockchain‘s gender divide, found that there were fewer female team members, executives, and advisors.

Only 14.5 percent of blockchain startup team members were women. This worsened when analysts examined leadership positions, where females held 7 percent of roles. For advisors, the number stood at 8 percent.

Although merely indicative – the authors of the study highlighted a few methodological shortcomings – the data helps us get a clearer picture of the industry, but not without its issues.

“It’s dangerous to promote the narrative that there are no, or very few, women in the industry, when there are amazing women working in the Bitcoin and cryptocurrency space,” Elizabeth Stark, co-founder and CEO of Lightning Labs, said in an interview with Spain‘s Criptonoticias.

I’m not saying there aren’t any women in the blockchain and cryptocurrency space, but similarly to the wider tech industry, they remain a minority. Women are clearly taking part in the industry, and making important contributions, but they often encounter obvious sexism, which can be off-putting on many levels.

The New York Times’ Nellie Bowles illustrated this further when she wrote about specific instances in which this was painfully obvious.

She spoke about how a cryptocurrency company called DateCoin attempted to entice prospective investors in its initial coin offering by posting a Facebook ad featuring a swimsuit-clad woman with the caption “Touch my ICO” featured across her body. Unfortunately, this isn’t an isolated event.

A brief trawl through Twitter shows that cryptocurrency exchange YoBit has taken the same tasteless approach.

Crypto exchange YoBit has a picture of a string-bikini-clad woman in a swimming pool on its Twitter profile page. pic.twitter.com/yY1iUrV1m9

Beyond this, last year’s North America Bitcoin Conference hosted an after-party at a strip club in Miami, which had received praise thanks to the featured aerial acrobatics and what passed as a relatively permissive attitude towards physical contact, Bloomberg reported.

If ‘blockchain bros’ want the industry to be taken seriously, they need to factor in how it’s perceived both internally and externally. Objectifying women only serves to alienate them and reflects negatively on the sector as a whole.

Things are changing, albeit slowly. Stark announced a scholarship scheme for female blockchain developers last year. Many industry organizations such as Diversity in Blockchain and Global Women in Blockchain are seeking to challenge the status quo and empower women in the industry. Although I’m certain their input is valuable, these organizations need to act in conjunction with industry participants if they are to make a sizeable impact.

Work to be done

If the blockchain industry was more diverse, there would probably be less sexism.

Essentially, diversity is a sign of maturity and strength. If things don’t change – and fast – we’ll only entrench technology’s existing gender gap further, but this time under much more dangerous circumstances: lack of regulation and pseudo-anonymity.

In a decentralized environment such as blockchain, which is largely driven by trust, diversity and the need to eradicate sexism shouldn’t be a luxury or an afterthought, it’s a necessity. The lack of a central authority means it’s up to individuals to behave responsibly.

This isn’t just about fairness. If blockchain technology can, despite the hype, transform the world we live in, we’re doing it a great disservice. The lack of diversity among creators and the industry’s deeply entrenched sexism will only pave the way for more biased products.

There are still many obstacles to overcome if the blockchain and cryptocurrency industries are ever to hit the mainstream, but it’s up to us to make sure the lack of diversity and ‘tech bro’ culture don’t get in their way.