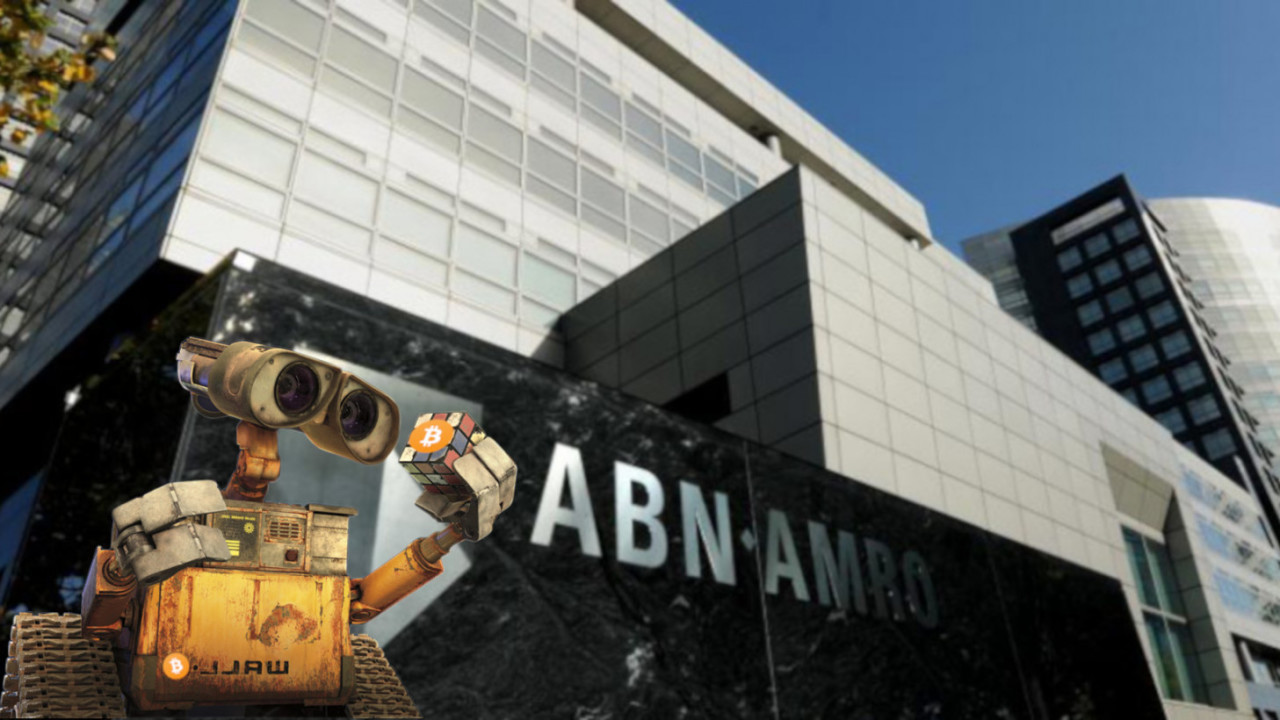 There are a multitude of options when it comes to deciding where and how to store your cryptocurrency and the security keys that make it all possible.

You could store your coins in hardware wallets, software wallets, on the exchange you bought them from, or use some other custodial service to look after them for you. All have their pros and cons, but with Dutch bank, ABN AMRO‘s latest news, there looks to be a new kid on the block.

Earlier this week, ABN AMRO appeared to confirm via Twitter that it’s running a trial of a new cryptocurrency wallet with 500 select customers. The wallet, called “Wallie,” is said to offer a digital asset storage tool as part of ABN AMRO’s run-of-the-mill online banking portal.

According to imagery shared on Twitter, the trial will offer customers the opportunity to test the wallet which promises an easy and familiar way to manage your Bitcoin.

It seems Bitcoin BTC is the only coin supported at the moment.

However this isn’t entirely the case. The email that was sent to customers was to gauge interest and opinion on whether they even want a Bitocin wallet, and if so, what features it should have. The images being shared on Twitter are just mock ups.

“Earlier this month, ABN AMRO asked 500 clients via email whether they would be interested in a [Bitcoin] wallet. If so, they could follow a link in the email to a mock up design and answers questions about what features the bitcoin wallet should have, should we decide to design one,” an ABN AMRO spokesperson told Hard Fork. “So this is one of our ways to engage with clients and find out what kind of services they want.”

Despite the obvious fanfare surrounding the possible release of an official bank supported Bitcoin wallet, the ABN AMRO spokesperson made it clear to Hard Fork that “there is no actual bitcoin wallet to be tested, not even a beta version.”

Indeed, according to further Tweets, ABN AMRO confirmed that it has rolled out the trial to investigate and understand what role it should be playing the cryptocurrency world. The bank is currently in talks with financial regulators, the Autoriteit Financiële Markten (AFM) and De Nederlandsche Bank (DNB), to understand what it is that customers need from banks in relation to cryptocurrencies.

Some outlets also reported that ABN AMRO would be offering €6,000 ($6,800) worth of insurance against any digital assets held in the wallet. When asked, ABN AMRO’s spokesperson was unable to comment and clarify this any further.

So let’s all take a step back for a moment. Depending on how this trial inquiry goes, we might not even get a real life “Wallie”. However, it’s a positive sign that the bank is moving cautiously to carefully consider what its role should be in a future filled with cryptocurrencies.

A change of tone?

This news might mark the beginning of a change of tone from ABN, which has historically been very apprehensive of Bitcoin and other cryptocurrencies.

Of course, when any bank starts flexing its corporate muscle in the world of cryptocurrencies it’s going to divide the community. “Not your keys, not your coins” is a common retort you’ll hear in retaliation to this news.

Indeed, how you store your cryptocurrency is a contentious issue. It’s fraught with technological, moral, and ideological dilemmas.

If you buy into cryptocurrency because you disagree with the way banks operate and the governmental control over fiat money, then having your private keys stored in a bank probably isn’t for you. But I bet you have some fiat in a bank right now. So why should storing some cryptocurrency in a bank be any different.

For some people, keeping your cryptocurrency in a bank, potentially protected by some insurance is the safest bet. Of course in this case we’d also want to see regulations that support the customer and their right to control the funds as they please.