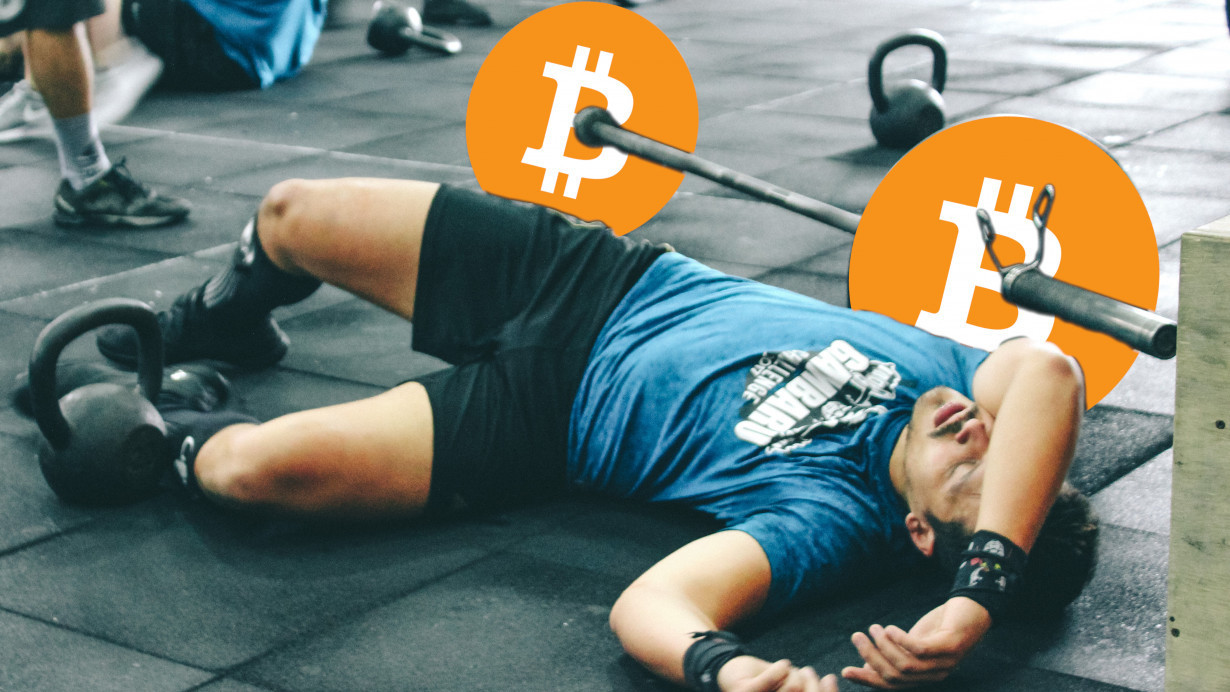 It’s barely the middle of January and we’ve got our first “why did they invent that” cryptocurrency token project of the year, “Squat for Crypto.”

Hearing the words “squat for crypto,” the first image that popped into my head was a bunch of hooded coders with pixelated faces doing their thing in illicitly acquired accommodation. That’s usually the case, right? As it tuns out, it’s not that type of squatting.

Announced on Product Hunt this morning, Lympo Squat, is a fitness app that uses your smartphone‘s camera to detect when you have successfully completed a squat, and rewards you in LYM tokens for doing so.

Never one to pass up an opportunity to work on my thighs, I gave it a go myself. I got squatting in the middle of the office and only three people gave me strange looks.

The app does detect squats quite well, but that’s about the only good thing I can say. I felt like I was getting more of a mental workout than a physical one just trying to figure the app out. While a little unclear in the interface, it seems you get three LYM tokens for every 15 squats.

The virtual on-screen coach, called Kat, guides you through the squats, and there is a promise of rewards for every 15 squats successfully completed. Despite trying three times and doing over 40 squats, I was unable to complete the Sergeant Hartman-esque, 15 squats in 30 seconds required to unlock the rewards.

Squatting with proper form isn’t something that should be rushed, or else you might injure yourself. There’s also no extra reward for doing weighted squats, so don’t get your hopes up of improved reward for doing more work.

Also, Kat gets tired. Which is a bit weird considering she’s a digital entity that exists only on your phone screen. When Kat is “recovering” from the work you’ve done, you can’t earn any rewards, so you’ll have to wait 10 minutes before trying again.

You’ll also have to earn 1,000 LYM before you can withdraw the tokens to another wallet. Considering that 1 LYM is currently worth $0.0078, by the time you have enough to actually withdraw, it’ll only be worth $8 at current market rates.

That’s assuming the price doesn’t change, which it almost certainly will, and considering the value of LYM has been on a slow and steady decrease since it peak last June, according to CoinMarketCap, don’t expect to make quick gains.

But don’t worry, I’ve had a better idea. If you skipped that daily chocolate bar that costs 60 cents, you’d earn back that $8 in less than two weeks, and you’d be helping your gains along too.

While it might sound like a fun idea, the realistic “gains” you can expect to make will be nearly completely muscular and not financial.