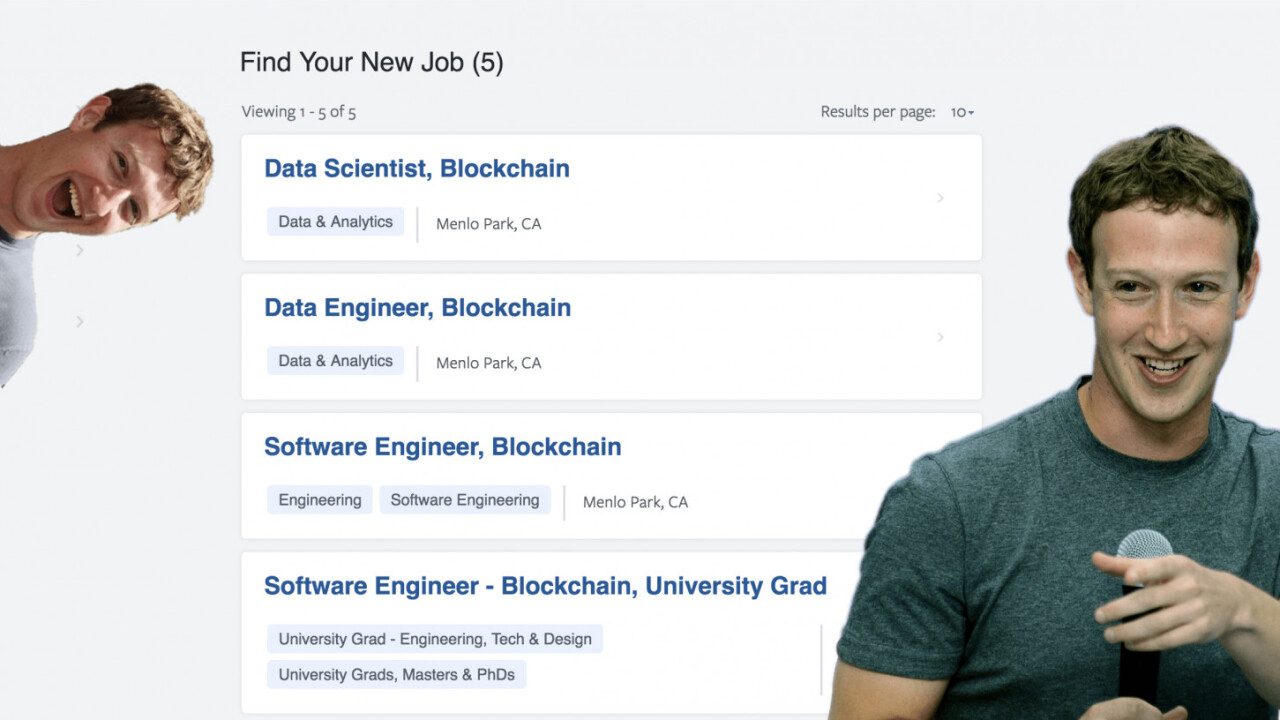 It seems Facebook is looking to step up its “decentralization” efforts. The social media giant is currently recruiting blockchain engineers and researchers.

Facebook wants to add a data scientist, a data engineer, and a couple of software engineers to its growing blockchain team, according to its careers page (via SludgeFeed).

“The blockchain team is a startup within Facebook, with a vision to make blockchain technology work at Facebook scale,” the ads say. “It’s a small, fast-growing, but talented group of people who are passionate about changing the world. “

In addition, the company is also hiring a product marketing lead to manage the project. “Our blockchain team is fundamental to that mission and we are seeking an experienced leader to build and manage a new product marketing team focused in exploring the opportunity the blockchain will bring,” Facebook says in the job description.

Considering that earlier this year the social media titan set up a whole team to explore blockchain use cases, today’s news shouldn’t come as a surprise.

Indeed, the company reportedly already had a dozen people working on blockchain and cryptocurrency tech back in May. The effort was led by former Messenger lead, David Marcus, who previously held a role as a board member at Coinbase.

Rumors of Facebook‘s interest in decentralized frameworks first began circulating after CEO Mark Zuckerberg suggested he believes blockchain and cryptocurrency tech has the potential to “take power from centralized systems and put it back into people’s hands.”

It remains to be seen what Facebook can do with the technology. But factoring in the regulatory uncertainties surrounding blockchain and cryptocurrency, chances are the company will take its time – or bet on a private blockchain like other corporates have done.