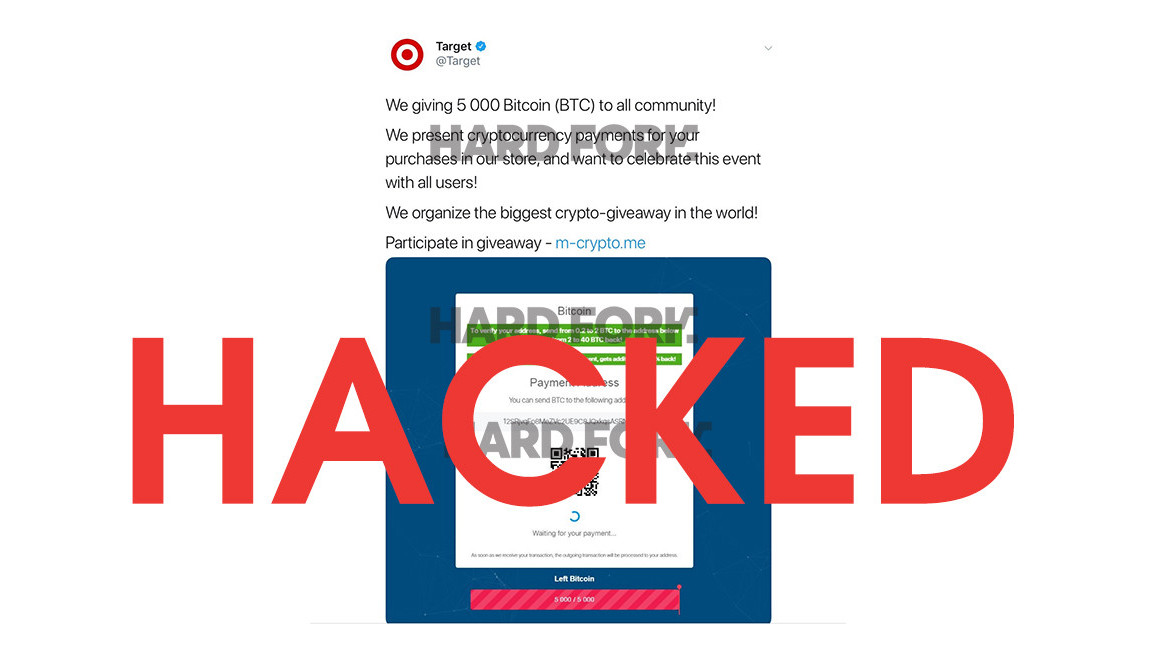 The tweet, which has since fortunately been deleted, encouraged users to send a small sum of cryptocurrency for a chance to enter a massive $30 million Bitcoin giveaway (5,000 BTC).

As it always goes, instead of giving away cryptocurrency, the scammers merely leave naive investors with empty pockets.

Target has yet to address the incident with an official statement. It will be interesting to know more about how the breach occurred.

It remains unclear how successful the attack was, but the Bitcoin address associated with the malicious giveaway links has received only a handful of small transactions today.

Of course, blockchain insiders have previously noted it is possible the scammers make a number of small transactions to themselves to lend more credibility to the giveaway campaigns.

For the record, this is the latest in a string of organized campaigns targeting verified accounts to spread cryptocurrency scams.

Just yesterday, hackers breached the accounts of US and Israeli politicians, as well as the official account of the Indian Consulate in Frankfurt, to dupe naive enthusiasts into sending them money.

We’ve reached out to Target for commend; we will update this story accordingly, if we hear back.

Update 16:12 UTC: Target has since confirmed the hacking incident in an email to Hard Fork. See its full response here.