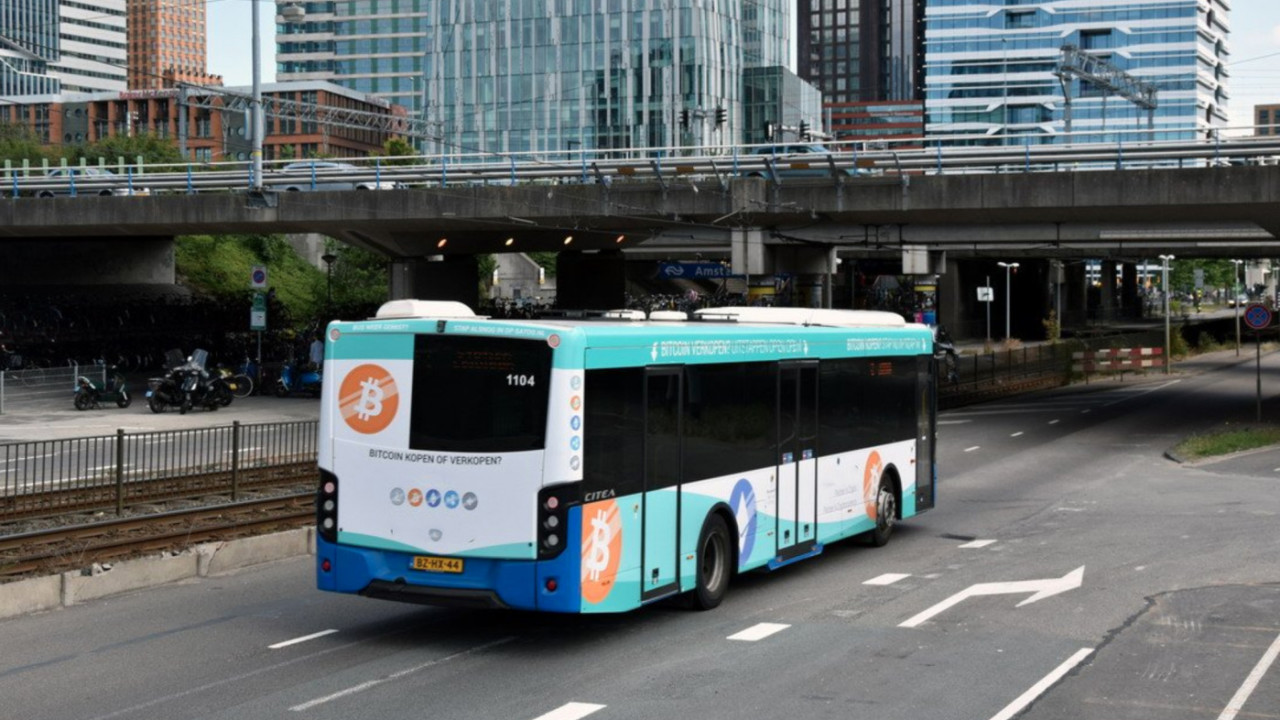 Online advertising giants like Google and Facebook promised entrepreneurs an effective way of reaching consumers at an affordable cost. But following a series of policy crackdowns, this wasn’t exactly the case for cryptocurrency and blockchain businesses.

“The idea of out-of-house marketing first came to us when most advertising platforms turned their back on cryptocurrencies,” SATOS marketing manager Stijn Jager told Hard Fork. “Google and Facebook didn’t allow us to advertise anymore. Which used to be our way (extremely targeted) of communicating with our target audience.”

(Note that both Google and Facebook have since revised their advertising policies to allow for certain cryptocurrency and blockchain-related campaigns.)

This is when it dawned on Jager: SATOS’s target audience might be a lot broader than he initially thought. “When Bitcoin BTC became the talk at any office, everyone – literally everyone – was our target audience,” Jager told us. “We started thinking of a replacement for mainly Google.”

Soon after that, SATOS launched its first bus-ad in July. It didn’t take long before people started noticing.

“We praise ourselves of being unique and standing out,” Jager proudly told Hard Fork. “Not only the bus is unique, but the (Dutch) copy has inside jokes.” Referring to last year’s massive boom in the cryptocurrency market (which we all know didn’t last long), the writing on the bus reads “Missed the bus? You can still get in [on the hype].”

I asked SATOS about the cost of decorating an entire bus with branding, and while Jager said advertising on a “bus is more cost-efficient than a tram,” he refrained from sharing the precise rates. This is absolutely fair. But I was still curious, so I forwarded my question to the ad spot owners themselves.

For the record, pretty much anyone can run a similar bus-ad campaign. Indeed, GVB – the Municipal Transport Company serving as public transport operator in Amsterdam – offers a line of advertising opportunities on its website.

GVB outsources its advertising efforts to creative agencies. I called the agency responsible for placing ads on buses, JCDecaux, and (even though I made it clear I just have questions about one of the campaigns they brokered) I was quickly directed to one of their account managers.

Despite identifying myself as a journalist, the account manager ignored my questions (perhaps due to admittedly spotty network connection) and directly laid out their bus-ad rates. You know how it goes: sales people gonna sell. It turns out it costs $285 (or €250 in local rates) to run a small ad spot on a bus for a week.

Fully immersed in my act as an accidental ad buyer, I inquired about the costs of adorning the entire bus in ads. According to the account manager in question, each bus has about 10 ad spots, worth €250 each. So, you can practically run your own ad-bus for about €2,500 a week.

For those of you wondering how effective the bus ad was, Jager says SATOS is “very happy with the reach and attention” the campaign generated.

Still, Jager is quick to clarify the campaign aimed to raise brand awareness rather than attract new users. “Advertising on buses is pretty new. With this campaign, we prioritized impact over gross reach,” Jager told Hard Fork. “We’d rather reach 20 people who take a picture of the bus and share it with friends, than of reaching 200 people who simply pass by the ad.”

Sure, perhaps there are better ways to get people into cryptocurrency trading than appealing to a hype cycle that left tons of naive investors with empty pockets. But hey: it’s definitely an improvement over fake partnership announcements.

Disclaimer: This is in no way an endorsement of any products or companies mentioned in this report. The aim of this piece is to merely shed light on cryptocurrency-specific advertising trends and further explore the current state of advertising in the blockchain industry.