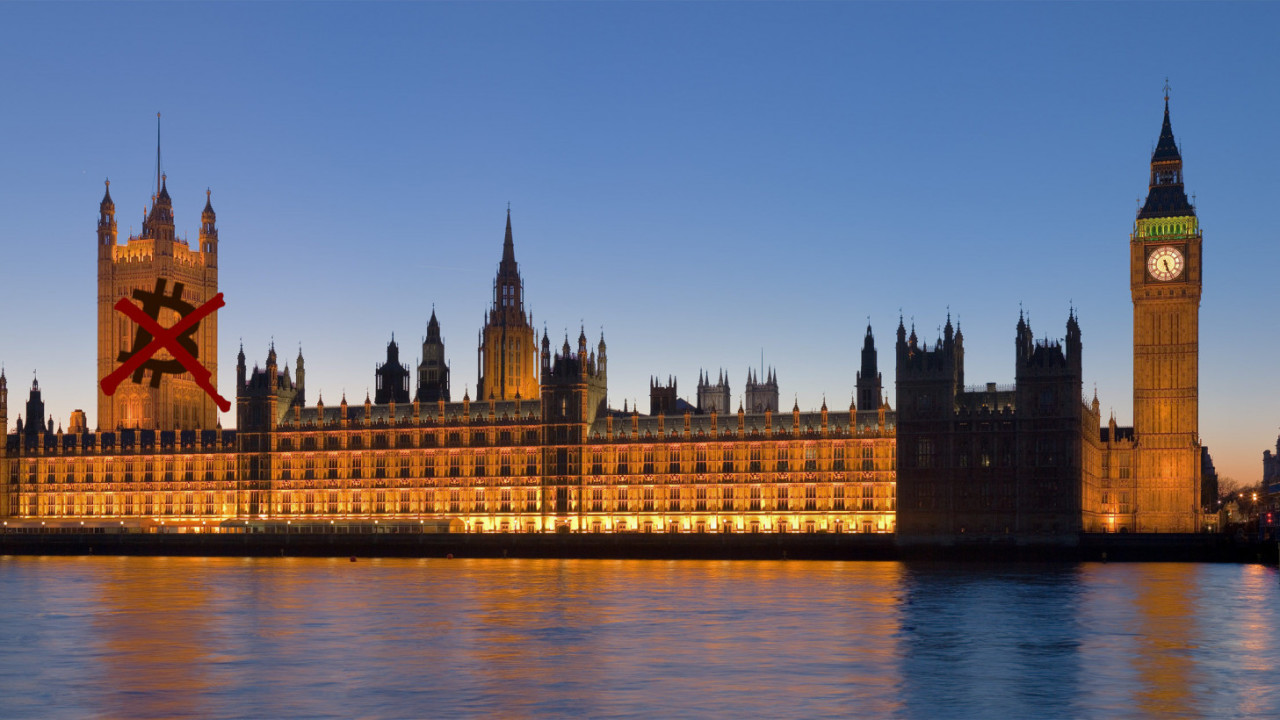 As part of a Treasury-led taskforce, the UK’s Financial Conduct Authority (FCA) released details of its investigation into how UK regulators should approach the cryptocurrency industry, mostly by defining the different kinds of cryptocurrencies and their underlying blockchain technology.

Much like the old man who yells at the cloud, the UK government is lashing out at the cryptocurrency industry. Not only does the report reaffirm its view that digital assets (cryptoassets) have no intrinsic value, financial regulators are even considering banning certain kinds.

The report ultimately details the actions the UK government is taking to keep the Crown safe from dodgy cryptocurrency businesses and token-peddling fraudsters, while warning the general public to do their own research before investing.

In the first quarter of 2019, it will have finalized a “consultation” on the potential prohibition of certain types of cryptoassets. In particular, derivatives like contracts for differences, options, and futures could be outright banned next year.

These kinds of investment tools are already being heavily used by US investors on Wall Street.

It is also looking to heavily regulate cryptocurrency services, like wallet providers and exchanges, so expect to see more services with strict know-your-customer and anti money-laundering (KYC/AML) checks like the ones imposed by ShapeShift and Changelly.

“There are substantial potential risks associated with cryptoassets, and the most immediate priorities for the authorities are to mitigate the risks to consumers and market integrity, and prevent the use of cryptoassets for illicit activity,” declares the FCA. “Whilst the Taskforce appreciates that cryptoassets have the potential to bring benefits to markets, firms and consumers, there remains considerable risks that [Treasury], the Bank of England and the FCA will take action to mitigate.”

In fact, the FCA says it will implement one of the most comprehensive global responses to money laundering in order to stamp out illicit Bitcoin activity, promising to go even further than the fifth EU Anti-Money Laundering Directive, first revealed in May.

It is clear the FCA already maintains a certain level of mistrust for the current cryptocurrency platforms on offer, but doesn’t ignore the possibility that they could be proven wrong.

“Cryptoassets have no intrinsic value and investors should therefore be prepared to lose all the value they have put in,” the FCA warns. “There is limited evidence of the current generation of cryptoassets delivering benefits, but this is a rapidly developing market and benefits may arise in the future.”

Still, by the end of this year, the FCA believes it will have clarified which cryptoassets fall within current regulations and whether or not to extend the boundaries to accommodate the blockchain industry.