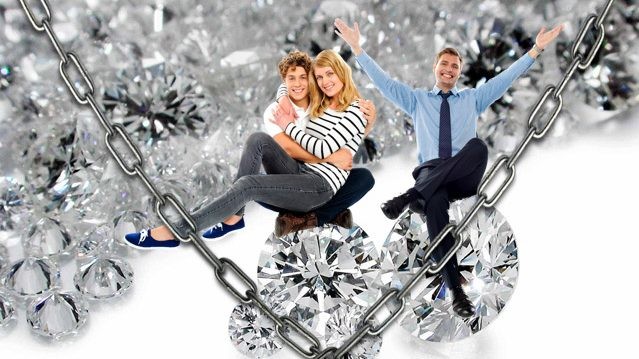 De Beers, the world’s leading diamond producer by gem value, has just announced a deal with Alrosa, perhaps the most critical partner in its quest to port the entire diamond industry to the blockchain.

In a press release, De Beers revealed Alrosa, the Russian diamond-mining conglomerate, will join its blockchain pilot program, Tracr, designed to test blockchain effect on boosting consumer confidence in the authenticity and quality of diamonds in retail markets.

“To provide true traceability, diamonds must be tracked from their point of production,” said De Beers chief executive Bruce Cleaver. “[…] The collective efforts of the world’s two leading diamond producers will enable more of the world’s diamonds to be tracked on their journey from mine to retail.”

It’s true, this represents the joining of two of the mightiest forces in diamond mining: Alrosa and its subsidiaries mine more diamonds than anyone else in the world, accounting for 27 percent of the world’s extracted diamonds.

While there are few details as to the specifics of the Tracr network, it runs on Ethereum technology, but not on the main network. More than likely it is a closed, permissioned distributed ledger (DLT) system. Hard Fork has reached out to De Beers for further information.

The platform has made pretty decent progress. De Beers only announced it in January, but by May it had signed the world’s largest diamond jewelry retailer to the Tracr pilot.

In the same month, it tracked 100 high-value diamonds from miner to retailer, all via blockchain, something that had never been done before.