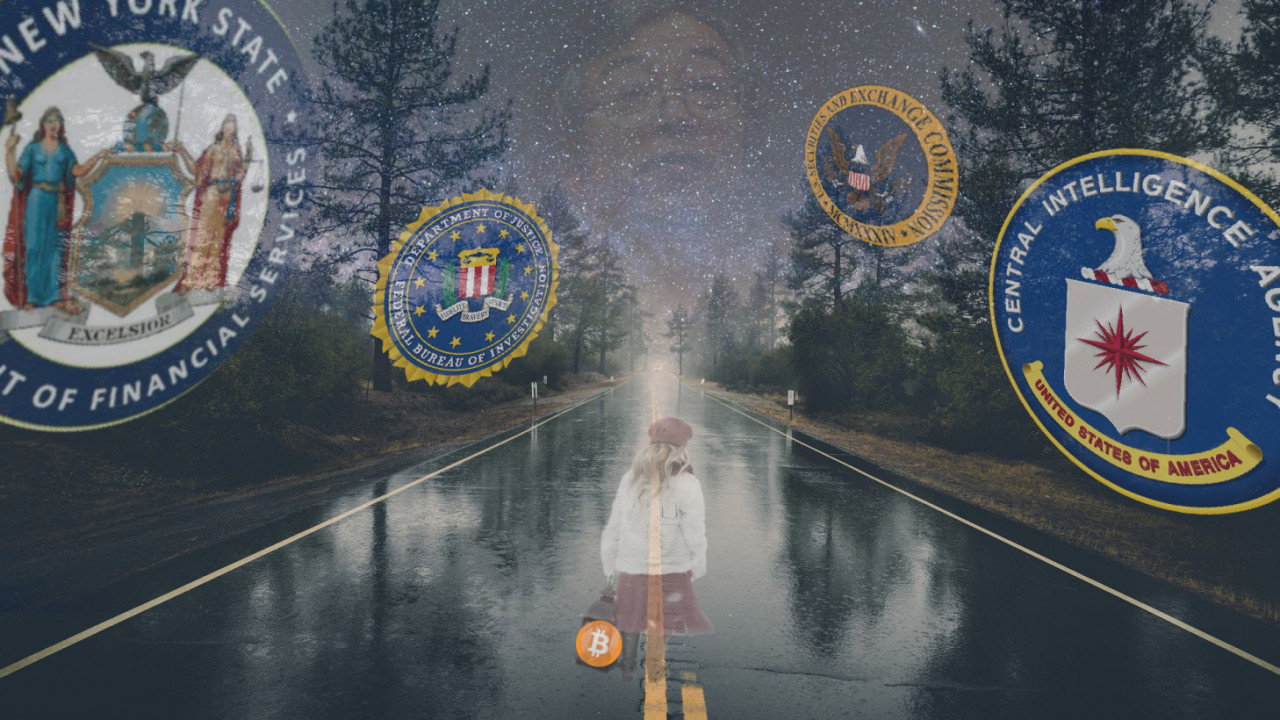 TNW’s first blockchain conference is fast approaching, so what better time to take a moment to delve into one of the more controversial aspects plaguing the cryptocurrency industry: stablecoins.

Stablecoins are a special kind of digital asset. As the name suggests, the value of a stablecoin token is meant to be stable, valued equally to that of a real-world asset, such as the dollar or gold, and they are often used in their stead.

This gives a stablecoin two major advantages: a lack of volatility – which is a problem for even some of the bigger cryptocurrencies – and a certain measure of trust.

Also, being a virtual currency rather than fiat, stablecoins are ideal and quick for inter-cryptocurrency trading – it saves me from converting my Bitcoin into dollars, and my dollars then into NEM.

In a sense, stablecoins are digital IOUs to be used instead of clumsy, slow (and expensive) real world money. As exchanging one digital asset for another is typically a smoother, cheaper process than trading in and out of fiat currencies, stablecoins are often viewed as a positive first step on the road to financial revolution.

Typically, a single company builds, issues, and manages the circulating supply of a stablecoin.

While there are many kinds of stablecoin, those managed by private companies with enough equity to back their tokens with real world assets tend to provide less volatile products, especially if they provide proof.

So as long as we ignore this centralizing factor, the advantages provided by stablecoins to cryptocurrency traders are numerous, and certainly noteworthy.

To understand how stablecoins work, let’s use Tether (USDT) as an example.

Pretend I am a trader, and I want to buy into a cryptocurrency project that I have been researching. It is often the case that the only liquid markets available for many altcoin projects – like the one I’m interested in – exist strictly on exchanges that do not support fiat money.

This means that if my new investment goes up in price, I’m only able to sell it and be paid in another digital currency like Ethereum or Bitcoin.

But as you know, the value of those are volatile, which could mean that the monetary profit I made by investing in the altcoin, can instantly disappear if the value of Bitcoin drops.

Enter a stablecoin like Tether (USDT). I can effectively jump in and out of cryptocurrency markets by using USDT as my home-base, without being afraid my home-base loses value.

I can trade in and out of USDT, selling my digital assets for more Tethers than I used to buy them, and buying with less than the amount I sold them for.

This process only holds weight if there is assurance that the company behind Tether really do have a dollar for every USDT in circulation. After all, if I’m just looking to make profits, at some point I actually want to take those profits.

I need to be able to exchange my USDT for cold, hard cash. Most stablecoins say they can do this, however finding proof of this actually happening is practically impossible.

Nonetheless, stablecoins are great for trading, particularly as the cryptocurrency exchanges that use them normally have a long list of relatively liquid markets. They’re quick, compatible with other digital assets, and have actually supported the cryptocurrency market through some of its darkest periods.

Stablecoins are not all good

These advantages don’t necessarily mean that stablecoins are without controversy.

First of all, stablecoins aren’t actually all that stable. Some are pegged to real-world assets, which, like any other asset, fluctuate in price. Others either hold their collateral in other cryptocurrencies, which are volatile, or have complicated bond schemes that try to guarantee liquidity based on future growth.

The second issue is more fundamental to the idea of cryptocurrencies. As stablecoins are seeking government approval to bolster investor trust, it also means they have to play by government rules. Regulated stablecoins like Circle’s USDC and the Winkelvii-backed Gemini Dollar (GUSD) require users to identify themselves, and can exclude people with prior money laundering convictions.

Take crypto-evangelist Charlie Shrem, for example. Due to an unfortunately chequered past, he has a criminal record that includes felonies. No matter how hard Shrem tries, he will forever struggle to pass strict know-your-customer (KYC) and anti-money laundering (AML) procedures required to trade digital assets on regulated cryptocurrency exchanges.

Many of the new regulated stablecoins are intended to be sold exclusively on exchanges that require identity documents to be submitted before allowing live trade, as the checks supposedly protect the investor from being exposed to cryptocurrency money launderers.

To paraphrase Shrem, who will be speaking at Hard Fork Decentralized, no single entity should decide how to “protect,” or “punish” anyone – but especially those who say they subscribe to the ideals of a decentralized cryptocurrency ecosystem.

When entities are afforded those powers, we have effectively hair-swapped the control of one nation-state for another, albeit a digital one.

The road to decentralization is long and strange

The companies behind the regulated stablecoins would have you believe their “cryptocurrencies” are critical for Wall Street, and their adoption is key to attract the influx of institutional money to fuel the next bull market.

Certainly, anything is possible, but the reality is that regulated stablecoins are powerful for convincing old money to invest in cryptocurrency, especially with fancy Wall Street licenses to prove that everything is above board.

But the molding of cryptocurrencies to the template of traditional finance runs the risk of making a mockery of the concepts on which they were modelled – an open financial system, without intermediaries and gatekeepers.

I fear that cryptocurrency is becoming far too coupled to the traditional evils of the finance industry.

Cryptocurrencies with backdoors for world government feel more like kryptonite to the ideals of the crypto-anarchist manifesto than a boon to a burgeoning industry.

If we are truly on the road to decentralization, I can’t help but think we have begun straying from the path on which we were set, with no regard for how we’re going to get back on track.

Stablecoin philosophy is complicated and difficult to parse. There’s no simple answer, with many considerations to be made. At Hard Fork Decentralized, industry leaders will come together and try to find one. Join us, together we might just start to make sense of it all.