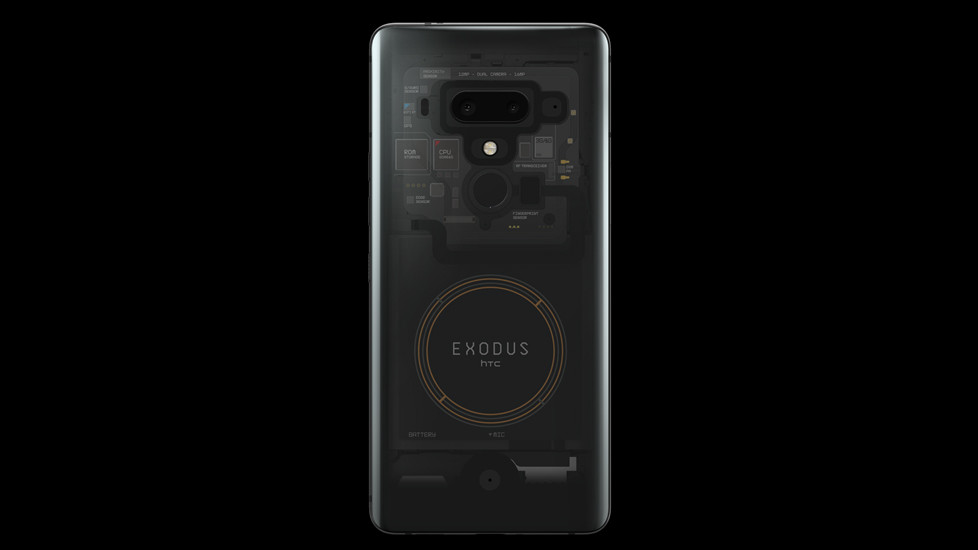 After first revealing plans for its ‘blockchain phone’ back in May, HTC is ready to share more about the device, dubbed the ‘Exodus 1,’ and begin accepting pre-orders for it too.

The Exodus is an Android Oreo-based phone with a secure enclave for your cryptocurrencies and tokens that’s separate from the OS. That’s a step down from the initial plan to make each device act as a node in a native blockchain network to facilitate secure cryptocurrency trading.

In the unfortunate event that your Exodus 1 is lost or stolen – or if you forget your security keys, you can recover your cryptocurrency and token data with the help of contacts you trust:

HTC allows you to pick a few trustworthy contacts, and each one of those must download a key management app. Your seed then gets split using a secret sharing algorithm and is sent to the trusted contacts. Should the need arise, you can successfully regain access to your funds.

Under the hood, you’ll find a top-end Snapdragon 845 processor, paired with 6GB RAM and 128GB of onboard storage. There’s a 6-inch Quad HD+ display along with an 8-megapixel camera on the front, and a 12-megapixel + 16-megapixel dual camera setup on the rear panel.

There’s also a fairly large 3,500mAh battery, and the body appears to sport a translucent finish on the rear that lets you see some of its hardware components. Oh, and it’s got a decent IP68 rating for dust and water resistance.

If that sounds exciting enough, HTC is accepting pre-orders on its site at a price of 0.15 BTC or 4.78 ETH in those currencies (it works out to about $957, which is close to the $1,000 rumor we heard back in July). It’ll be available in 34 countries across Europe, Asia, and North America. You can sign up with your personal details to pre-order the Exodus 1 over on HTC’s site.

Interestingly, Litecoin creator Charlie Lee, who was said to have signed on to the project back in July, isn’t mentioned on the Exodus site, and doesn’t seem to have issued any statements about today’s launch – which might indicate that he’s presently not involved in its development. We’ve contacted him and HTC to learn if Lee is still on board, and will update this post if there’s a response.