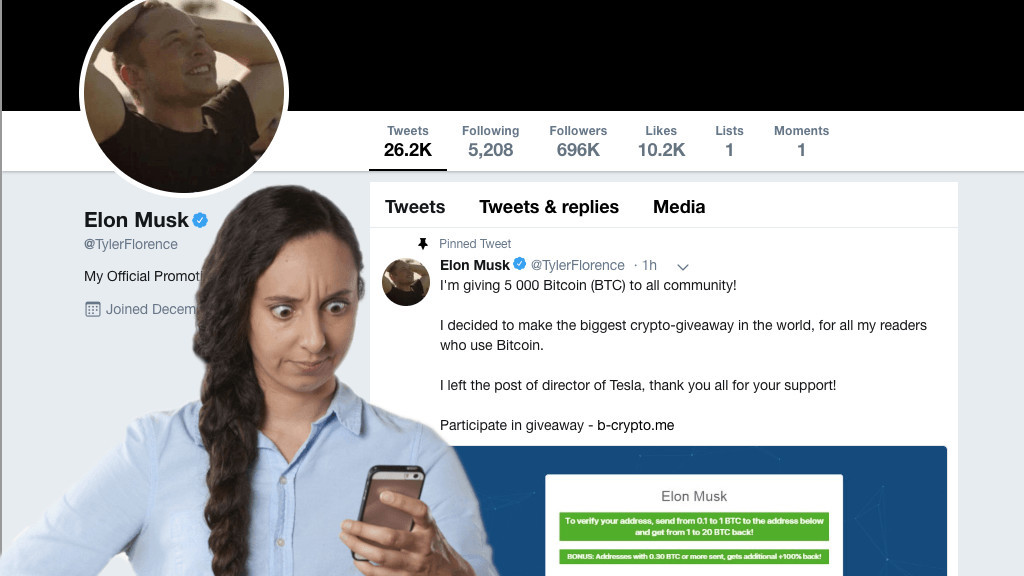 Those pesky Tesla-themed cryptocurrency scammers are back! Hackers have assumed the Twitterdentity of Elon Musk yet again, and are even paying Twitter to help swindle Bitcoin from unsuspecting users.

Note the little ‘Promoted’ watermark underneath the tweet, submitted to Hard Fork by an anonymous source.

It means hackers paid Twitter to share the cryptocurrency scams with as many users as possible – the audacity!

The scammers would have you believe “Elon Musk” would gift random strangers anywhere from one to 20 BTC ($6K – $120K) for every fraction of a Bitcoin sent, because hey, he’s just a nice fella.

It may appear obvious (to the keen-eyed Hard Fork reader) these giveaways are fake. Unfortunately, Hard Fork found the scammers might have already been successful.

Below are three recent deposits to the BTC wallet as shown in the image above. Note, the small fractions of BTC align with the instructions, and each of transactions occurred after hackers began tweeting from Florence’s account.

At the time of writing, it appears someone in Florence’s camp, or Twitter’s, has noticed, as the tweets are now being deleted.

The real Elon Musk is so fed up with the cryptocurrency scambots, he recently enlisted Jackson Palmer of Dogecoin infamy to help create an automated superweapon to rid Twitter of them once and for all.

Twitter CEO Jack Dorsey once reassured users they were working on a fix. Shortly after, Twitter declared checkmarks would be removed if display names were changed.

We can now confirm this to be completely ineffective.

Got anything else, Jack?