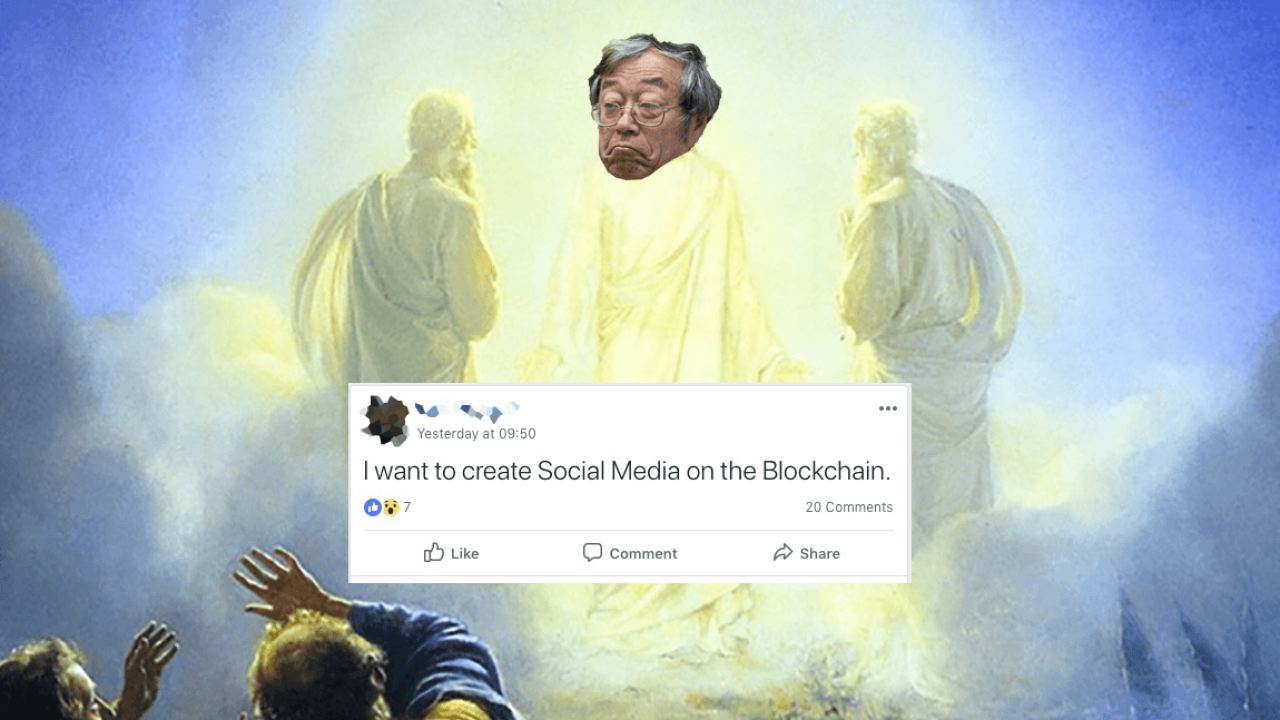 Blockchain is for everybody! Or so it would seem. We know blockchain and bitcoin protocols are open source, but that doesn’t mean that we all have to use them. Sometimes, maybe it is better to err on the side of caution before diving into the deep dark world of blockchain and cryptocurrency development.

As a fledgling writer here at Hard Fork I am always looking for new ways of sourcing content to explore and write about. In an attempt to open a new avenue for myself I started to join some Facebook groups on blockchain. But not just any groups, I joined ones for blockchain and cryptocurrency developers and enthusiasts.

It looks like I wasn’t the only one though. Great minds and all that…

What I ended up finding was far from what I expected. It appears these groups are rife with Machiavellian disruptrepreneurs (short for an entrepreneur that disrupts) looking to develop and launch their next big project – and of course, it’ll be based on blockchain.

You’d think that these groups would be full of people with a solid working knowledge of blockchain but according to this poster, but as far as we can see from this one post the jury is still out on that one.

Although, there are some members of the group with very clear visions of what they want to achieve. This guy wants to make “Social Media on the Blockchain.” Yes, that’s right. Social Media, all of it, on the blockchain. If your dreams don’t scare you, they’re not big enough!

Some just make me plain confused as to why people ask questions like this… I mean, a cryptocurrency on a blockchain… I am not sure if that is possible. And whatever “without spend money” means is a mystery to me. Currency without spending, sounds like an insurmountable challenge if you ask me.

However, there are some deeper questions that do make me take a step back and go cross-eyed. I mean, we know that routers were hacked to run mining scripts, but this was just a script, running a whole blockchain on routers? I like this guy’s ambition! Think about it, there are routers everywhere! This would surely make the most decentralized network in the world! And everyone leaves routers on alllll the time. We might be on to something here… or not.

There also seems to be the odd academic that frequents these Facebook groups too. I’ve been there myself, having written a thesis about blockchain. That said, I didn’t have the initiative to join these groups at the time. Kudos to this group of entrepreneurial academics.

That said, if I was staring down the barrel of a PhD I would probably be in quite a stressful position if I was in a place where I had to ask questions like this fine “blockchain developer” below. We certainly need more context for this piece, that’s for sure.

But maybe you’ve done the PhD, maybe you’re ready to start your blockchain project, but you have no development experience. Well, according to this post, that shouldn’t hold you back! I mean how hard can it be to turn a local database into blockchain. I assume they mean they want to put the database on some form of distributed ledger, but to learn, is to do!

It’s very easy to poke fun at people diving into this world of blockchain, but I really would have thought that a Facebook group called “Blockchain Developers” would have actually had more real developers in it. But we must applaud the entrepreneurial spirit of these people, everyone wants to get a piece of the blockchain pie.

Maybe you’re like me, and you’re aware of your own technological developmental futility. What I mean is, I know next to nothing about actual coding, programming, and what it takes to develop blockchain applications and systems. I’m going to stick to writing for now. And hey, $25-$30 per article, that’s not bad…