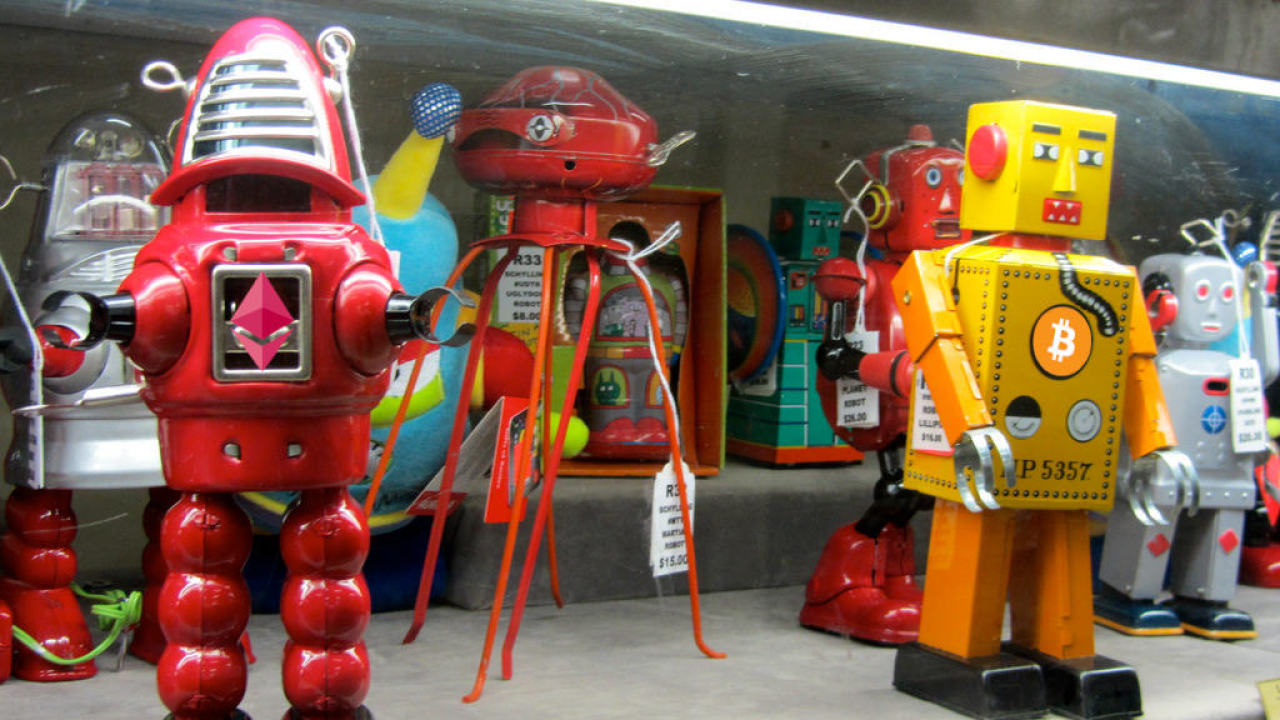 By now, we should be feeling quite familiar with artificial intelligence. Science fiction has shown us what happens when robots are gifted human-like intelligence. Typically, it doesn’t end well, but what about the “intelligence” of automated blockchain networks?

Smart contracts, like the ones that power Ethereum’s ecosystem, can be seen as a simple form of machine intelligence, and one academic is convinced we are giving them far too much responsibility.

Adam Kolber, a Brooklyn Law School professor, has shared a chilling vision of a not-so-distant future, in which humans live under threat of blockchain-based overlords. He even coined a new term – “artificial responsibility” –
in reference to the sheer amount of control we assign to smart contract systems.

Smart contracts can be quite powerful. Take the concept of distributed autonomous organizations (DAOs), for example. A DAO is a decentralized investment firm allows strangers to fund venture capital proposals via a voting system, with no central authority. Essentially, it’s a blockchain-powered machine that controls investment of a large group of people.

Kolber explains how DAOs can really be the stuff of nightmares:

A bug [in “TheDAO”] was exploited to drain more than $50 million in value. And here we can see our willingness to endow blockchains with artificial responsibility: despite the loss of funds, there was no easy mechanism and certainly no central authority that could recover the money. It would take substantial agreement among the community running the blockchain platform used by TheDAO to mitigate the damage.

[…] So not only is it difficult to revoke the control given to a DAO, many people prefer not to do so as a matter of principle. Some purists denounced efforts to mitigate TheDAO exploit, arguing that the alleged hacker simply withdrew money in accordance with the organization’s agreed-upon contractual terms in the form of computer code.

Which is all well-and-good, for now, as the most complex tasks currently delegated to smart contracts mostly relate to finances. The real threat will come when our new smart contract “intelligence” starts to interact with the “internet-of-things.” Eventually, it will be set loose on a world of hyperconnected devices, with potential to cause collateral damage.

“[…] The greatest threat from machines might well be not their general intelligence but their incompetence. In the future, blockchain smart contracts may interact with an artificially intelligent internet of things,” warned Kolber. “Doing so will create new risks, as machine behavior becomes harder to predict. Now that people can hack things like insulin pumps, the cost of coding mistakes may be more than just financial.”

Once upon a time, hacks leading to substantial money loss were rare. Now, they’re so common, they hardly warrant mention. As the blockchain industry succeeds in expanding beyond fintech, let’s just hope that we aren’t similarly desensitized to other catastrophes caused by shitty “smart” contracts.