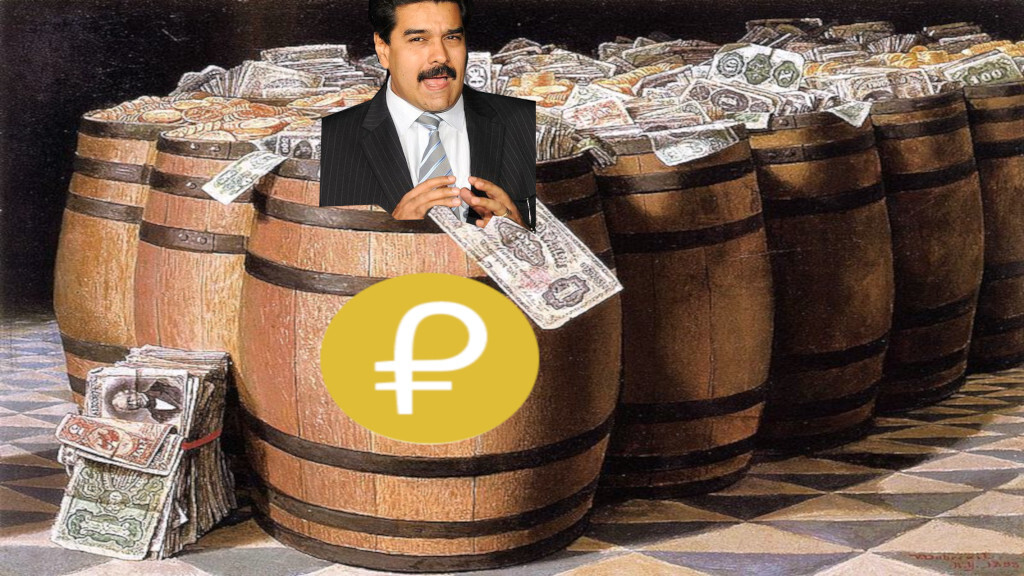 Nicolás Maduro has ordered every Venezuelan bank to adopt his pet cryptocurrency, the Petro, which is now tied to and completely interchangeable with the new “sovereign Bolivar.”

Both public and private banks must now use his dodgy cryptocurrency in all financial reports. For almost a year, this has been Maduro’s plan to pull Venezuela out of financial turmoil. Last month, its highest ever inflation rate was recorded, with prices for goods and services rising by at least 82,766 percent.

As of last week, Venezuela has two national currencies: the “sovereign Bolivar” and the Petro. The new sovereign Bolivar is effectively same as the old one – but with a fancy new stamp and a lower valuation. Venezuelans were asked to exchange 100,000 old-school Bolivar for just one sovereign Bolivar.

Even after the creation of a new Bolivar, Maduro is still obsessed with pushing his cryptocurrency onto his subjects. The oil industry has previously been ordered to use it for business transactions – now, his focus has been drawn to the banking system.

Maduro’s new economic plan is also meant to include a 3,400 percent increase to the minimum wage, Bitcoin News reports. That being said, the current minimum monthly wage is 0.5 Petro – or just $30.

The Petro is touted as a ‘stablecoin’ for the new sovereign Bolivar, each being of equal value. One Petro is worth around $60, and the sovereign Bolivar is tied to the price of the Petro. When it was first launched, the Petro was just a token backed by a barrel of oil. Now, it’s a national currency.

It has long been speculated that the Petro is really just Maduro’s way of skirting strict international sanctions, exploiting the unregulated nature of cryptocurrency to sell oil.

It doesn’t stop there: he also launched new government bonds backed by gold. France 24 reports that Maduro claims it will promote savings for Venezuelans, who have become disenfranchised by the continued devaluation of their national currencies.

“No one can say that gold loses its value,” declared Maduro.

For the sake of the Venezuelan people, I sure hope it doesn’t.