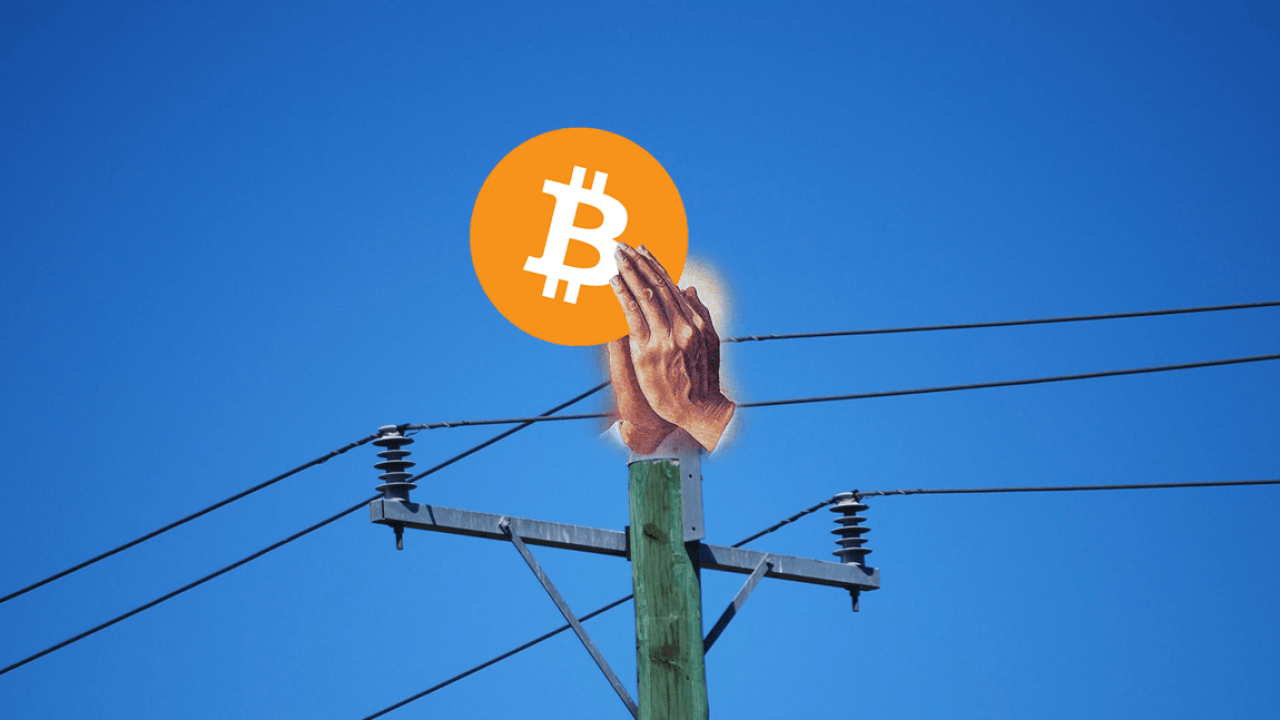 Global warming is certainly one of the humanity’s greatest challenges. For decades, public opinion has held heavily industrialized nations accountable for the damage done to our planet. In the quest to preserve Earth, it has become en vogue to critique Bitcoin BTC mining for its high energy use and potentially harmful impact on the environment.

Towards the end of last year, the Bitcoin network was running on enough electricity to power more than 20 European nations. More recently, an article was run with the headline Bitcoin mining now accounts for almost one percent of the world’s energy consumption. Under a certain light, this is certainly true.

Bitcoin mining relies on Proof-of-Work to maintain its ledger. This mining network is made up of (and powered by) computers, which obviously use electricity. As adoption increases, more computers join the network, making the whole thing quite energy-intensive. Profit and efficiency is directly tied to energy input – a seemingly dangerous business model if electricity sources are not considered.

But while the data indicates that Bitcoin uses one percent of the world’s electricity, it misleadingly suggests that (if it wasn’t for Bitcoin) that electricity would not be produced – or necessary. In fact, often is the case that the electricity used to power Bitcoin mining farms comes from a surplus of energy that countries are desperate to unload.

In the case of green-energy solutions such as wind farms and solar, it is often very difficult to store or even sell that energy if the supply outweighs demand. This problem is particularly common in countries like China – where up to 70 percent of the world’s Bitcoin is being mined.

Reuters reported that “wasted [Chinese] wind power amounted to around 12 percent of total generation in 2017,” and distributing that surplus is proving incredibly difficult because other countries in the region are also energy-rich.

Simply put, countries that attract cryptocurrency miners with cheap electricity can do so because the supply greatly outstrips the demand. Cryptocurrency mining plays an important role in normalizing international energy markets by consuming power that would otherwise go to waste.

Andreas Antonopoulos, a prolific cryptocurrency researcher and influencer, has explained the situation quite succinctly:

The energy consumption in mining, I think, is misrepresented. […] What happens when you build a 50 megawatt plant in a place where they only have 15 megawatts of demand? In some cases, if it’s alternative energy, like wind, solar, or hydro, you can’t turn it off or turn it down. You’ve built it, and it will produce, and then what? You’re basically wasting energy.

Now what if, in that environment, you can find a way to turn that energy into an alternative store of value […] by using electricity that would be otherwise wasted. Now, Bitcoin is an environmental subsidy to alternative energy all around the world.

What needs to be realised is that the advent of Bitcoin is effectively driving the decentralization of energy production, which Antonopolous notes is “one of the most important trends in human history.”

Having energy “stored” in the form of cryptocurrency offsets the costs involved of developing those solutions – especially now that we know that lots of renewable energy goes to waste. The Bitcoin mining industry actually contributes to the development of alternative energy solutions through the conversion of surplus energy into a valuable commodity, simply by making use of the electricity produced.

Canada’s largest utility, Hydro-Quebec, is a perfect example. Reuters reports that “the province estimates it will have an energy surplus equivalent to 100 terawatt hours over the next 10 years. One terawatt hour powers 60,000 homes in Quebec during a year.”

Not surprisingly, Bitcoin mining operations have inundated Hydro-Quebec with applications to make use of the surplus. As such, profits have been steady, a whopping annual average of roughly $3 billion over the past four years.

[Edit: Hydro-Quebec has since clarified details of its profits, and this post has been updated to reflect its data. Particularly, it pointed out that the numbers relate specifically to its profit, not revenue, as was originally reported. Surely, an important distinction.]

So much money has been generated by lucrative deals that it was “forced” to share $45 million with its customers as profits exceeded the regulator-approved rate of return. This will surely act as inspiration for other nations to create similiar renewable energy solutions.

Attacking Bitcoin mining for its electricity usage is certainly easy – it’s an obvious target. In May, Ars Technica reported that by the end of this year, Bitcoin could consume up to 7.7 gigawatts.

For every time you pull out [a VISA card] and use it to [make] a transaction, you’re not aware of the 100,000 square-foot data center that is churning 100,000 servers to do fraud detection, or clearing […] You’re not aware of the tower offices that are lit 24-hours a day, trading floors, the bank vaults,  armored cars, and the diesel trucks […] All of those costs are mostly hidden and they’re enormous.

If the [Bitcoin] system was ten times bigger, with ten times more users, it doesn’t need ten times more mining – what we have is enough. There’s a profit motive that drives it, but it’s a mistake to think that if simply [Bitcoin] goes global, [the energy cost] will also multiply, quite the opposite in fact. Over time, the reward for [Bitcoin] mining decreases, and as a result, it is more likely we will see [the energy cost] gradually taper off and plateau.

Antonopoulos does concede there are challenges associated with managing Bitcoin’s electricity usage, but it is a complex discussion that requires consideration from many angles. The idea that by simply using electricity, Bitcoin must be bad, is nothing short of narrow-minded.

“This is a long game, […] the implications and complexity of how cost is allocated and how energy is consumed is huge,” Antonopolous declared. “I don’t think we can afford two Proof-of-Work systems on this planet, but I think we only need one.”

To which extent, the power to drive energy innovation, in the end, could be Bitcoin‘s “killer app.”

Update 09:20 UTC, 31 August: This piece has been (regretfully) edited to remove reference to some unfortunately executed math.