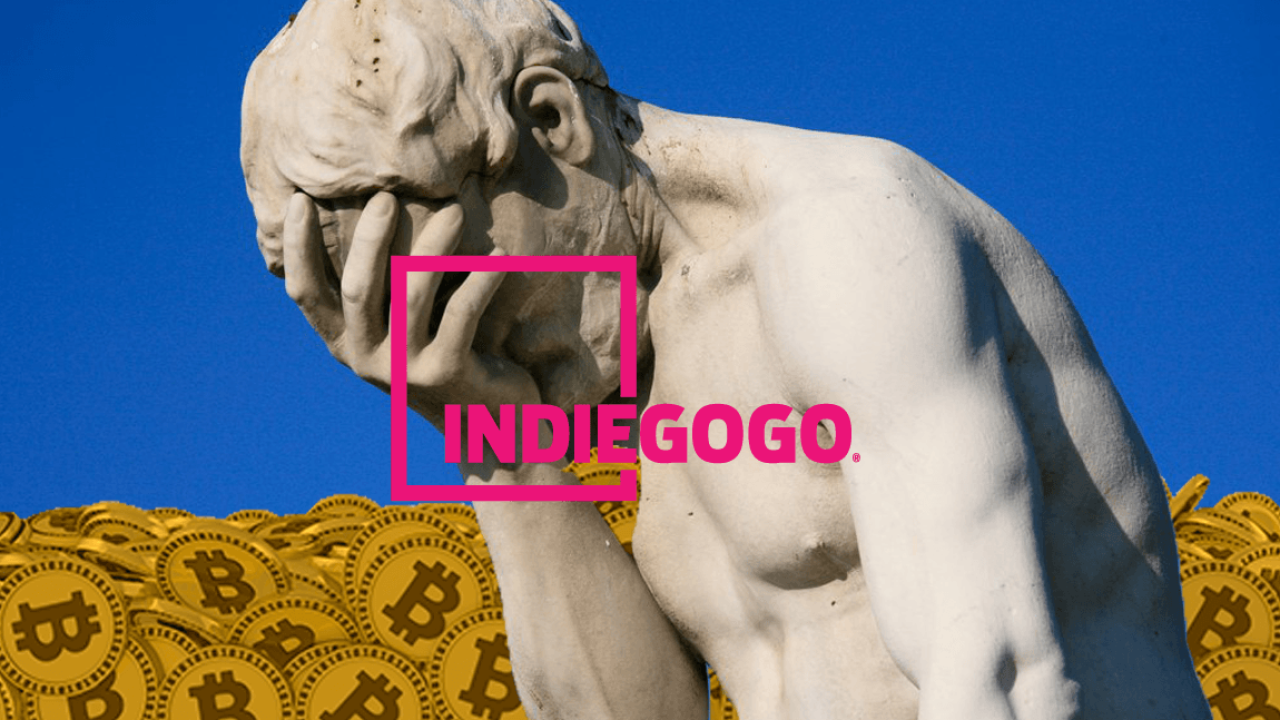 Indiegogo’s first foray into the world of blockchain and cryptocurrency has gone awry – but the good thing is that it appears investors will at least get their money back.

In an email sent out in July, Indiegogo’s token brokerage partner, MicroVentures, informed investors they will not be receiving tokens – but refunds instead. From the looks of it, the reason for issuing refunds are recent changes in regulation.

Hard Fork has since obtained a copy of the message, which you can read below:

Thank you for participating in the FCFL pre-sale. If you have been following the crypto and ICO markets for the last 6 months you already know that the regulatory environment has been rapidly changing. The SEC has provided multiple comments regarding security and utility tokens, but has not provided formal guidance or a compliant framework on how to conduct these offerings.

During this time, your investment was not distributed to the company. This was done to ensure that MicroVentures navigated through the regulatory climate prior to finalizing the offering. While we believe the initial path taken was compliant, we have decided the best way to ensure compliance is to unwind the investment opportunity and return investor capital.

We are beginning the return process today.You may hear from someone on our team if we need to verify return instructions on how to return your investment capital to you.

Not to be mistaken with yesterday’s security token offering for the rich, Indiegogo announced plans to branch out into initial coin offerings (ICOs) in a statement last December. Given its success (and some failures) in the crowdraising sector, the expansion into token offerings seemed like a good fit.

The guinea pig was the Fan Controlled Football League (FCPL), an Indiegogo alum seeking to raise up to $5 million to build a community-run football league. In return, the company promised to distribute tokens to their investors. The token distribution was to be overseen by Indiegogo’s partner, MicroVentures.

The announcement gathered tons of attention from media outlets, securing coverage from Fortune, CNBC, CoinDesk, TechCrunch, and even The New York Times.

“We want to bring a brand of trust to the entire industry, which we think will bring [ICOs] to the mainstream,” Indiegogo co-founder Slava Rubin told The New York Times in 2017. “Now, we’re ready to become the go-to platform for selling and investing in digital tokens and blockchain-based assets, and we can’t wait for you to join us,” Indiegogo’s announcement added.

(Correction, August 24, 16:59 PM UTC: Due to a miscommunication, this piece initially suggested that Indiegogo’s standard five-percent fee on all funds raised applied to its token offerings too. This is incorrect, the fee does not apply to ICOs and security token offerings.We’ve since removed this reference and apologize for the mistake.)

Indeed, FCFL boasted about exceeding its crowdfunding goals, raising the equivalent of $5.2 million “in Bitcoin, Ethereum, and classic fiat currency.” Unfortunately, the tokens were never distributed to investors. In fact, it appears MicroVentures did not even consult with FCFL prior to informing investors about the botched token sale.

According to FCFL CEO Sohrob Farudi, MicroVentures initiated the refunding process without FCFL’s approval. (We contacted MicroVentures for a clarification, but representatives were not available for comment as of time of publishing.)

“We would like to address the recent email that we understand some of you received from MicroVentures,” Farudi said in a July statement, referring to the refund message shared above. “We did not consent to that email being sent out. We have no way to communicate directly with the purchasers who participated in our presale [sic] on MicroVentures platform as MicroVentures has refused to give us any information about who the purchasers are in order for us to communicate with them.”

For the record, other than the St Regis Aspen Resort security token offering from yesterday, FCFL is Indiegogo’s first and only experience in the blockchain funding space. Speaking to The Verge in August, Rubin said the FCFL token sale “went well” – despite MicroVenture’s intention to issue refunds.

Asked about what went wrong with the FCFL ICO, Rubin told Hard Fork “the [MicroVentures] email issued to investors provides all the context for the refund.”

“For clarification, Indiegogo partnered with MicroVentures in 2016, an SEC-registered [broker-dealer], to help market and amplify offerings on their platform to our global audience,” he further clarified in an email to Hard Fork. “Indiegogo itself is not a registered broker-dealer, and in the case of FCFL, or any other investment offering, does not participate in investment related activities.”

Meanwhile, Farudi insists FCFL is yet to be “given a valid reason as to why MicroVentures cannot complete the offering.” Not exactly what one would call a smooth execution.

In all fairness, Indiegogo is hardly the only company to have back-pedalled on a scheduled token offering due to regulatory crackdowns. Indeed, tons of blockchain startups – including messaging giant Telegram – have had to abort their public token sales.