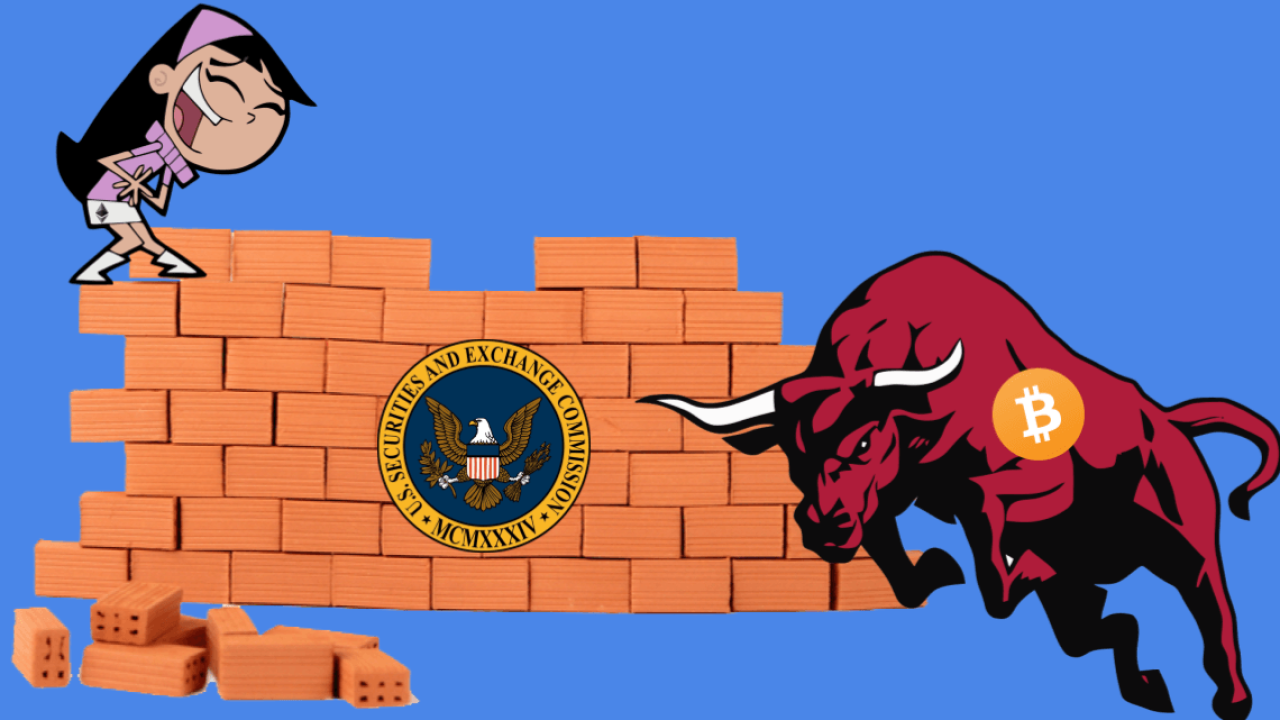 The US Securities and Exchange Commission (SEC) gave the much-awaited ruling on the pending Bitcoin BTC exchange-traded fund (ETF) proposals on Wednesday, and it is not the news cryptocurrency industry was hoping for.

The agency rejected all the nine Bitcoin ETF proposals filed by ProShares, Direxion and GraniteShares in three separate orders, according to CNBC.

While all the three ETF providers gave their own reasoning for why a Bitcoin ETF should be granted, the SEC has rejected them on common grounds.

The agency notes that this rejection doesn’t have anything to do with whether Bitcoin and blockchain technology have utility or value as an innovation or an investment. Indeed, the SEC found that none of the exchanges could satisfactorily demonstrate their ability to prevent fraudulent and manipulative acts and practices.

The SEC also cited the inability of the exchanges to prove that Bitcoin futures markets are “markets of significant size” as the other reason to reject the proposals.

The SEC notes that it is important that the Bitcoin futures markets are of significant size, because the exchanges failed to prove their capability to prevent fraud and manipulation through others means. Therefore, “surveillance-sharing with a regulated market of significant size related to Bitcoin” is required to satisfy the legal requirements of preventing fraud and manipulation in the ETF trading.

It is worth noting that the SEC hasn’t approved any cryptocurrency ETFs to date. Last month, the agency rejected a Bitcoin ETF proposal filed by the Winklevoss twins for the second time. The agency gave similar reasoning for the rejection citing the “lack of surveillance-sharing with a regulated market of significant size.”

The SEC judgment comes as no surprise given its past rejections and reasoning. Nevertheless, many crypto-enthusiasts hoped a positive ruling could kick off a new bull run for cryptocurrency markets.

If the Bitcoin ETF is approved this week, the bear market will probably end. I think there is <20% chance of the approval happening, but it certainly would be a very bullish signal.

CNBC notes that Bitcoin prices spike in speculation every time a SEC ruling on ETFs is expected:

Struggling bitcoin prices jumped ahead of other SEC deadlines for ETFs this summer. The cryptocurrency rallied 20 percent, above $8,000, in late July on rumors that another ETF, proposed by VanEck, would be approved in August. That decision was later postponed by the agency.

Even yesterday, before the SEC ruling, the price of Bitcoin increased by $400 in less than 20 minutes. Even though a direct connection with the SEC ruling can’t be established, CoinDesk notes that the anticipated Bitcoin ETF judgement was playing a major role in the trading sentiments behind the cryptocurrency.

“While prices could skyrocket if the SEC approves ProShares [B]itcoin ETF, the [B]itcoin market will likely crater if the SEC rejects the ETF or delays the decision,” Omkar Godbole notes for Coindesk.

Can we finally stop this whole ETF bullsh!t already

How many denies do there need to come before people understand that Bitcoin doesn’t need an ETF.

2017: “The big banks can’t control bitcoin! This is a financial revolution that can’t be stopped! Decentralization!”

2018: “Unless we get these ETFs approved, we’re screwed. We need institutional money from large financial players to save Bitcoin!”

However, others — including Monero Project Lead Riccardo Spagni (better known as Fluffypony) — are pointing out that the SEC judgment and the approval of Bitcoin ETFs play a major role in getting Wall Street’s money flowing into Bitcoin and cryptocurrencies.

I don’t disagree, but that doesn’t change the affect a US ETF would have on US institutional investors.

Interestingly, nearly 10 hours since the SEC ruling came out, the Bitcoin market doesn’t seem to have been affected all that much.. This could be a sign the cryptocurrency market has finally matured to a level that it doesn’t get swayed by every single news.

9 ETF denials today & Bitcoin’s price remains unaffected, China’s banned it several times, S. Korea had an uprising when they tried to, Mt. Gox trustee dumped, coinbase ninja-adding BCH, Bitmain a spent force. The inevitability of hyperbitcoinization is creeping up on the system.

It is clear from the frequent rejections of cryptocurrency ETF proposals by the SEC and its reasoning that the US agency doesn’t believe that it’s the right time just yet.

The fact that cryptocurrency markets are subject to significant market manipulation (amidst a lack of regulations) isn’t exactly a revelation to anyone. Perhaps, it is better for the cryptocurrency industry to advocate for better market regulations before expecting SEC to approve ETFs.

The "major blows" dealt to Bitcoin by the SEC's accelerating rate of ETF rejections. pic.twitter.com/ksCtmwHHwQ