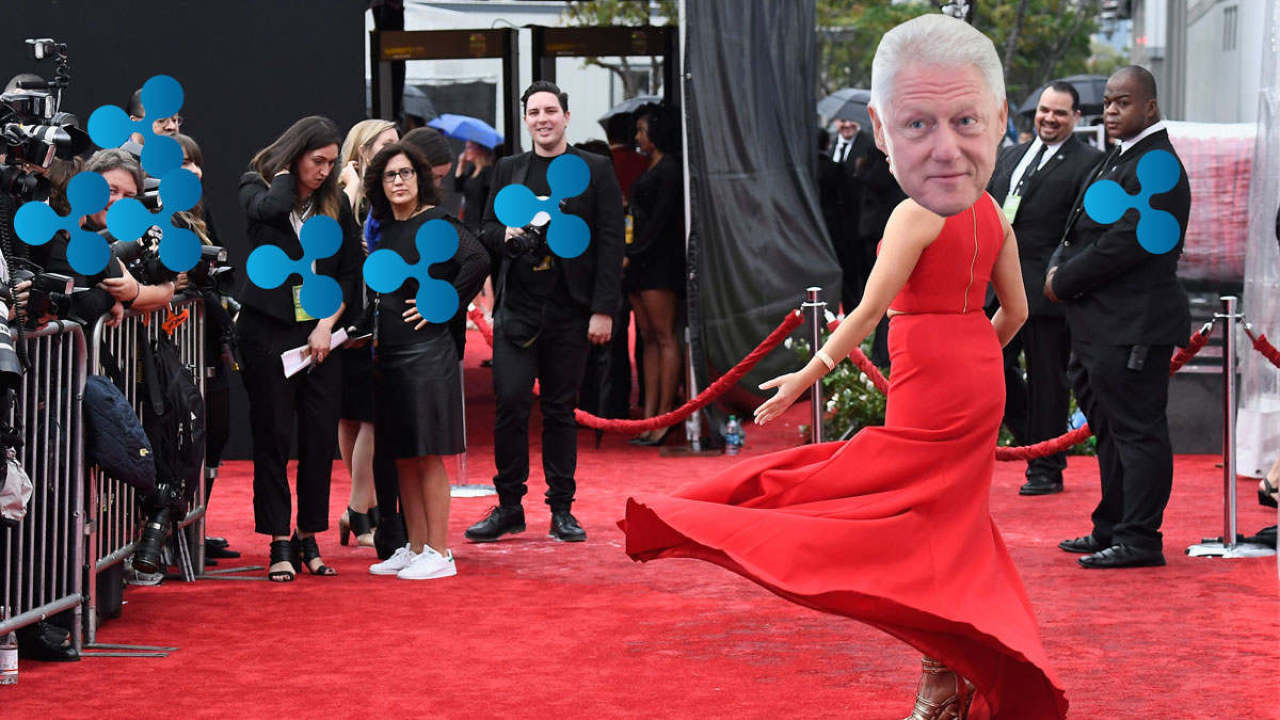 It seems Ripple XRP Labs is really into celebs. Earlier today, the company announced former US President, Bill Clinton, will be speaking at its annual Swell conference – but it appears the cryptocurrency community on Twitter is not all that impressed.

Just what Clinton has to do with cryptocurrencies and blockchain tech is not immediately clear, but apparently it is enough of a reason to start plastering his face all over social media. The keynote – advertised as “a conversation with Bill Clinton” – will take place in San Francisco on October 1.

But instead of rushing to book their ticket to the Clinton keynote, crypto-enthusiasts on Twitter practically turned the upcoming event into a photoshop battle.

Since the Clinton news broke, crypto-Twitter has been flush with doctored images replacing the former president with a series of… questionable celebs. Here are a couple:

The explosive keynote we’ve all been waiting for! @Ripple $XRP pic.twitter.com/wb52CKHnqx

Ripple could even expand to hologram technology to bring keen investors and financial insiders some classic reggae music.

"One good thing about $XRP; when it hits you, you feel no pain”

Can’t say I blame them for being adventurous with their booking – controversy breeds publicity.

This actually makes a lot of sense. pic.twitter.com/iYFeCFhnhd

For what it’s worth, this is hardly the first time Ripple has tapped high-profile figures to headline its events.

Not so long ago, Snoop Dogg blessed the stage of an invite-only Ripple event for charity – though his performance had nothing to do with cryptocurrencies (and apparently he didn’t even get paid in XRP).

More recently, the company revealed it is getting in bed with Madonna. Ripple is matching all donations made for Madonna’s 60th birthday – with all proceeds going to the children of Malawi. CoinDesk reports that the campaign has raised $26,000 so far, almost halfway to its target of $60,000.