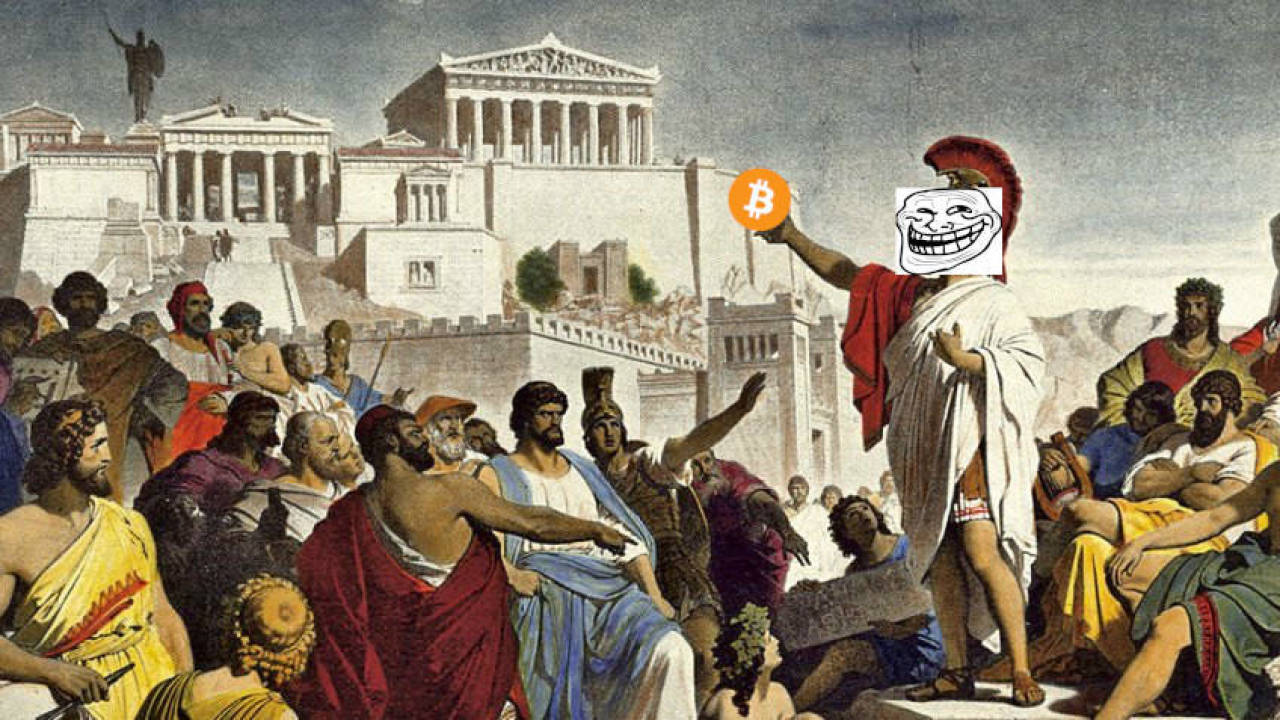 ThunderMessage is a decentralized take on Reddit powered by Bitcoin‘s Lightning Network – and it’s already full of shitposts.

Just like in Reddit, users can post messages, and then upvote and downvote them. But this message board is different – instead of clicks, you have to send small amount of Bitcoin BTC for each upvote or downvote. One Satoshi (a Satoshi is 0.00000001 BTC), one upvote (or downvote).

What results is really a great demonstration of the decentralized nature of the blockchain – but also feels strangely metaphoric to the state of cryptocurrencies in general. It is totally devoid of censorship, runs completely on libertarian ideals, and the more Bitcoin you have – the more your vote counts.

Here’s how it works: users who have a Bitcoin wallet compatible with the Lightning Network are able to post messages. If you want your new message to start off with just one vote, then just send one Satoshi.

But if you really want your new message to rank, you send more Satoshis. Similarly, if you’d rather a message crushed into the ground, add some more Bitcoin to your downvote and it might never be seen again.

In this world, one Satoshi really does equal one like (or dislike). This particular post, though, is set to be backed by ThunderMessage’s upper-limit. It would cost 0.04294967 BTC to post – approximately $350.

Users then scan the QR-code based invoice using their smartphone wallet, which signs the transaction. The post will go live once has been confirmed. Luckily, confirmation times on the Lightning Network are quite quick at the moment, so the messages go through pretty much in real-time.

The whole experiment is pretty new, ThunderMessage has really only been around for just over a week. Already, though, it has turned into a war of Satoshis between Bitcoin Cash evangelists and the new Lightning kids on the block. It should be noted, that this entire platform is running on the Lightning Network – making any anti-Lightning Network posts almost lethally ironic.

Time for some quick maths: collectively Bitcoin Cash shills have spent 0.00055 BTC to have their message appear so high up on the front page. That’s around $4.50, and that’s not even counting the weight of its downvotes – meaning it’s real value could be somewhere in the ballpark of $8.50.

Just how far the shills will got to astroturf a platform like ThunderMessage, though, is another question. For now, it’s definitely just fun to put a monetary value on good ol’ fashioned shitposting like this, however small:

There is a similar service running that aims to filter quality online merchants and real-world stores that are compatible with the Lightning Network. That service might actually prove somewhat useful, and less prone to spam – so if that’s more your thing – head to Lightning Network Stores and do some shopping on the blockchain.

We also recently reported on an actual online graffiti board that runs on Lightning Network too – that one was promptly over-run with pictures of dicks, proving that there are way too many disposable Satoshis out there.