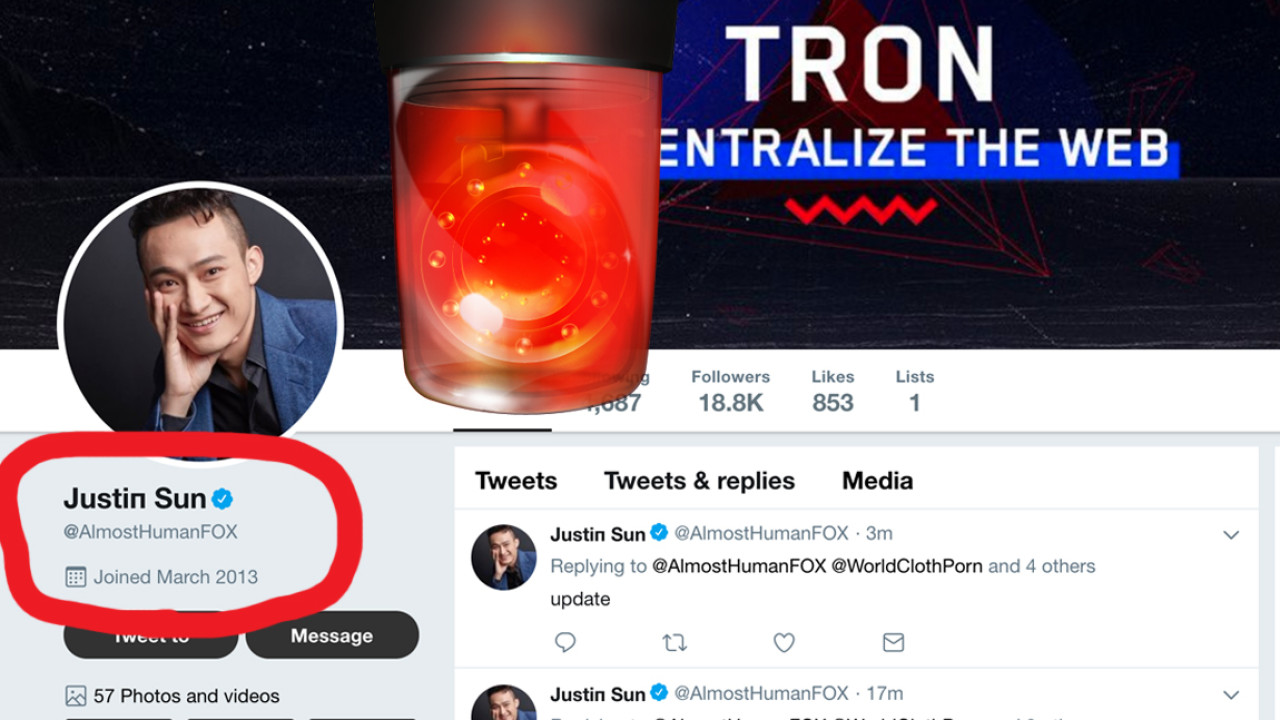 Cryptocurrency scammers are getting smarter by the day. It appears hackers have surreptitiously seized control of the official Twitter account of FOX’s show Almost Human to spread malicious “giveaway” links.

The compromised account is currently impersonating Justin Sun, founder and CEO of Chinese blockchain startup TRON. It remains unclear how the hackers took over the account, but it seems the verified Almost Human profile has been tweeting about TRON since at least July 21.

It seems that nobody from Fox (or the now-discontinued Almost Human production) has noticed the hack so far though. Fortunately, a quick lookup reveals that none of the Ethereum and Bitcoin wallet addresses associated with this particular scam have received any funds so far – though this could change if Fox or Twitter fail to intervene.

It is worth pointing out that Twitter giveaway scammers have often resorted to retweeting posts from blockchain entrepreneurs they impersonate as a strategy to fool naive users into sending them funds.

For the record, this is hardly the first time such scams have made it to Twitter – indeed, the concerning trend has practically turned into a full-blown epidemic by now.

More disturbingly though, this is not the only instance where hackers have managed to exploit verified accounts to push scammy giveaway links.

While Twitter terms stipulate that updating your username will result in losing your verified badge, it appears that this is not the case when changing your display name. It is worth pointing out that the micro-blogging service previously suffered from a bug that allowed users to update their usernames without losing their blue mark, as confirmed by CEO Jack Dorsey.

Please note: changing your username will result in losing your badge. Questions? File request at http://t.co/zb2ykUyF we'll get to it ASAP!

Despite numerous appeals from blockchain influencers like Ethereum co-founder Vitalik Buterin, Twitter has mostly ignored the cryptocurrency scam epidemic – even after Dorsey himself promised the company is “on it.”

Months later, the army of Twitter cryptocurrency scambots is still growing. In fact, Tesla CEO Elon Musk (who has also been impersonated by scammers in the past) took to Twitter to talk about the crypto-scam epidemic a couple of weeks ago.

Get a grip on it, Twitter: you know you have a problem when even Musk is tweeting about the cryptocurrency giveaway swindle.