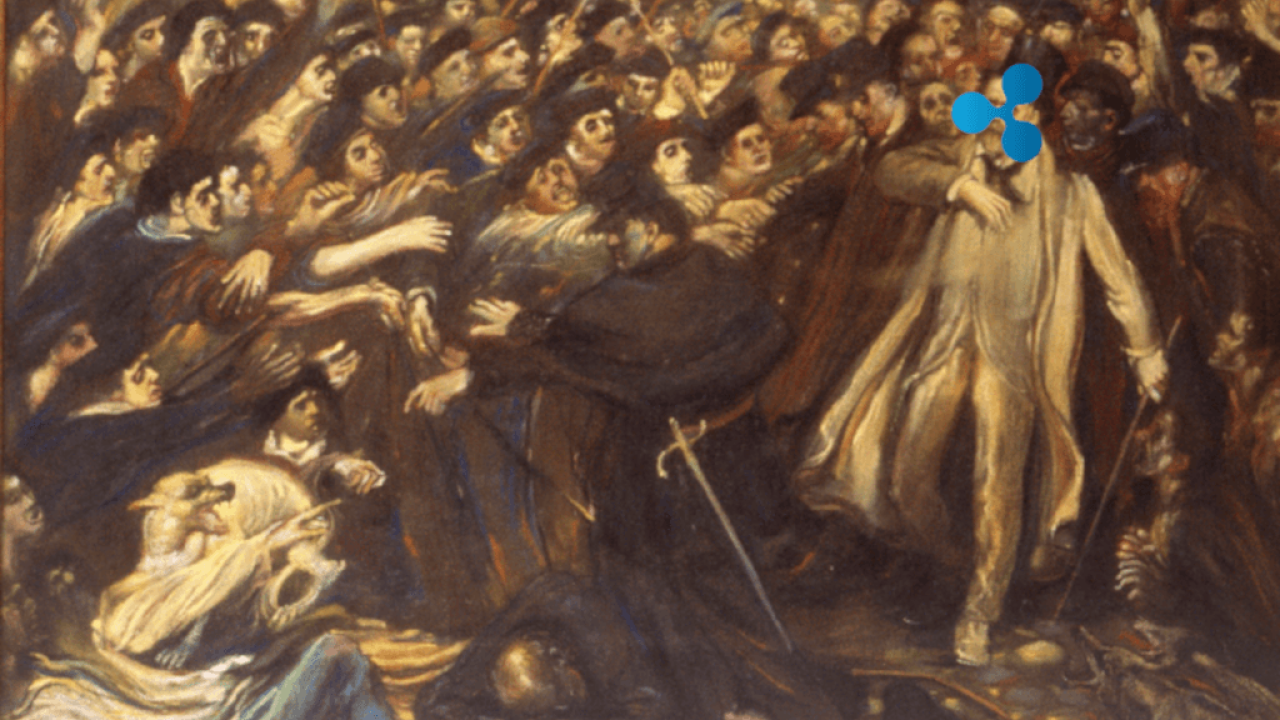 In the lead-up to the US Securities and Exchange Commission’s (SEC) critical decision on whether digital tokens are securities, CEOs of digital asset investment firms are really giving it to Ripple’s native cryptocurrency, XRP – claiming it’s really just digital fiat.

Most of the criticism centers on the role the centralized nature of the XRP tokens distribution model plays in its eventual classification. The collective pooling of investments – with an intention of monetary gain from the efforts of others – is central to the definition of a security, and the SEC has already deemed that ‘initial coin offerings’ (ICOs) fit that description.

As such, ICOs are already strictly regulated to the point of non-existence in the US. It’s also worth noting that the SEC has already ruled that Bitcoin and Ethereum are not securities – but tokens based on Ethereum can be.

But – is XRP a cryptocurrency? Or a security?

SEC Chairman Jay Clayton made the distinction clear with CNBC back in June:

Cryptocurrencies: These are replacements for sovereign currencies, replace the dollar, the euro, the yen with bitcoin. That type of currency is not a security.

Some major players in the industry are seemingly under the impression that XRP will be deemed a security, and that could have massive, wide-reaching implications for the future of Ripple XRP Labs.

Anatoly Castella, CEO, Elpis Investment, the world’s first AI-powered digital assets investment fund, told reporters he believes that XRP is not a ‘real’ cryptocurrency’, not fitting with the ‘purest interpretation’ of the word.

The founder of another major digital assets fund, Arianna Simpson of Autonomous Partners, echoed his sentiment:

I have a lot of concerns about the level of centralisation there, and I have regulatory concerns if what they have issued is a security.

Castella went even further, calling for a third category for digital assets such as XRP – ‘digital fiat’, so as to ensure that ‘real’ cryptocurrencies such as Bitcoin are not negatively affected by the potential fallout related to XRP being deemed a security.

Ripple has no mining or miners whatsoever. Instead, transactions are powered through a ‘centralised’ blockchain to make it more reliable and fast. XRP was mined all at once by the parent company – Ripple Labs Inc – with a majority of the cryptocurrency held by them.

[…] in the long term it will simply become a digital asset owned by institutional investors.

We recently reported on the latest in a series of securities fraud lawsuits filed against Ripple Labs and its CEO, Bradley Garlinghouse. That particular suit claimed that Ripple Labs has been steadily funding itself by selling XRP slowly.

This technique of self-funding is a defining characteristic of ICOs and would ultimately lead to its classification as a security, leaving defendants open to being charged with illegally trading millions of dollars in securities.

In fact, Ripple Labs has been compelled to address certain aspects of the lawsuit, tweeting to clarify the differences between the Ripple backbone and XRP.

The digital asset #XRP and the company #Ripple are distinctly different. Learn why. https://t.co/yv8cW1gYH6 pic.twitter.com/w3npq2O894

The SEC is yet to set an official date for announcing its decision, but it’s expected to be handed down within the coming months. Whatever the decision, it is sure to be critical for XRP in its quest to relive its market highs of earlier this year, when it briefly reached just over $3 before tumbling back down to below $0.30.

A Ripple spokesperson has reached out to us to provide the following statement:

Everyone is free to say what they want or pursue their own agenda in the media, but ultimately the facts around XRP will win out over uninformed speculation. XRP doesn’t give its owners shares in Ripple, the XRP Ledger is decentralized among 150+ independent validators (Ripple operates only 14 of them) and XRP would continue to exist even if Ripple disappeared tomorrow. Based on these facts – and many more – we continue to believe XRP should not be classified as a security.