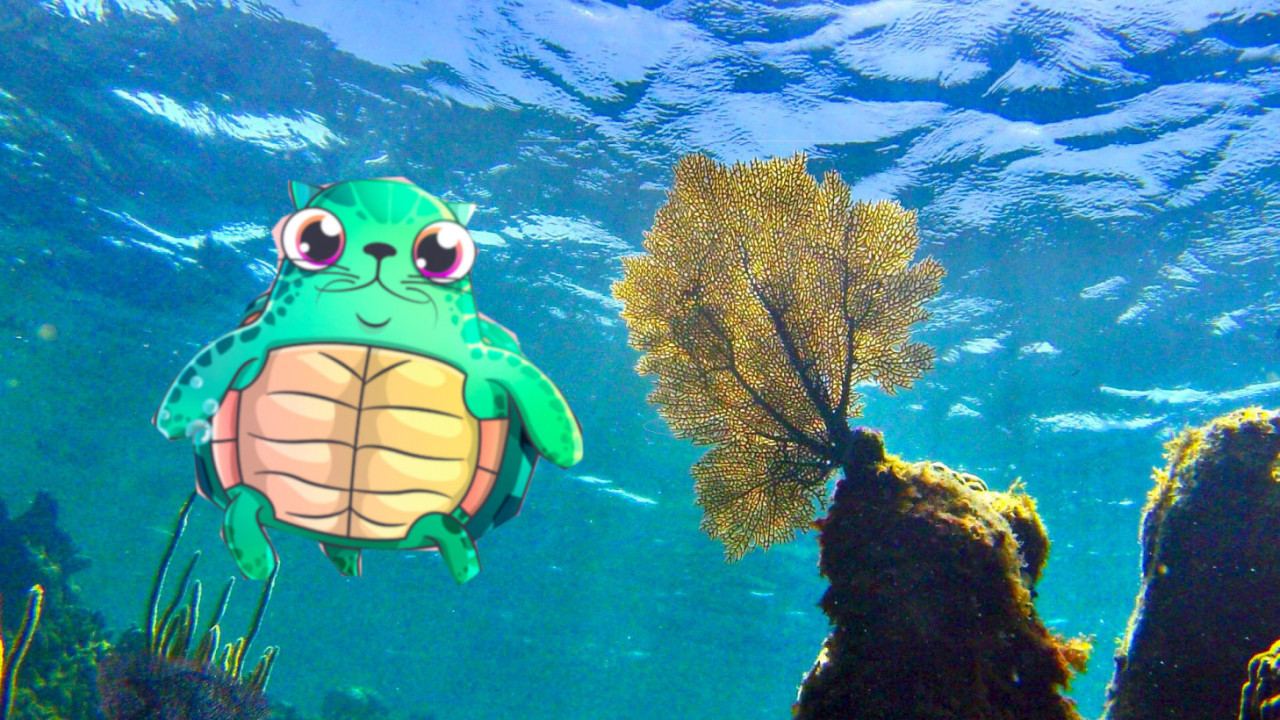 CryptoKitties, the cutesy blockchain game where you can collect, customize, breed, and inevitably pimp out virtual cats is still apparently still a thing. Once so popular that it brought Ethereum to its very knees, dwindling interest has spurred them to adopt a more holistic way to get people to spend money on seemingly worthless vanity tokens.

This is “Honu,” the super special-edition CryptoKitty whose name means “turtle” in Hawaiian. He (or she) is certified to exist immutably on the Ethereum blockchain and is so frigging handsome, he’s hand-and-then-some.

Ownership of Honu is up for sale, and recent partnerships formed between CryptoKitties and wildlife conservation groups mean that all proceeds go directly to help endangered sea turtles in Antigua, Barbuda, and the British Virgin Islands.

The characteristics of each Kitty are determined by a fancy probabilistic algorithm modeled on basic genetics. They’re also, uh, encouraged to make babies, meaning that features such as eye and fur color are selected by underlying traits passed down through ‘ancestors.’

The end result is a colourful little crypto-cat that is completely unique and, almost frightfully – can never be destroyed.

Just how much your adorable Ether-kittycat is worth is really in the eye of the beholder. Those with a penchant for part-time genetic engineering can breed their way to rare “Mewtations” that are surprisingly highly sought after.

I’m not kidding – their inherent individuality combined with some kind of ‘collectors-mania,’ has resulted in one Kitty selling for $140,000 at auction. Mongabay reports that over $20 million worth of these things have been traded so far.

The highest bid stands at $25,000 at time of publication – whoever wins gets to choose what happens with little Honu – they could sell it right away, keep it forever as a one-of-a-kind, or put Honu out to stud.

Decentralized application (dApp) analytics platform, DappRadar, currently ranks CryptoKitties as sixth most popular running on Ethereum’s platform. Although they are still the number one game on the blockchain, just 160 ETH was exchanged in the past week. Back in December, individual Kitties were selling for twice that.

The rise, fall, and eventual wildlife-warrior rebrand might be indicative of the future in store for other frivolous dApps. For now, we’ll have to wait and see if our little buddy Honu is enough to revitalize interest in niche, crypto-Kitch collectible cats.

But hey, if turtles get saved in the process, this particularly ridiculous exploration of blockchain use-cases might have actually been worthwhile.

The auction will run until this Sunday, July 15. More information regarding the programs to be directly funded by its proceeds can be found here.