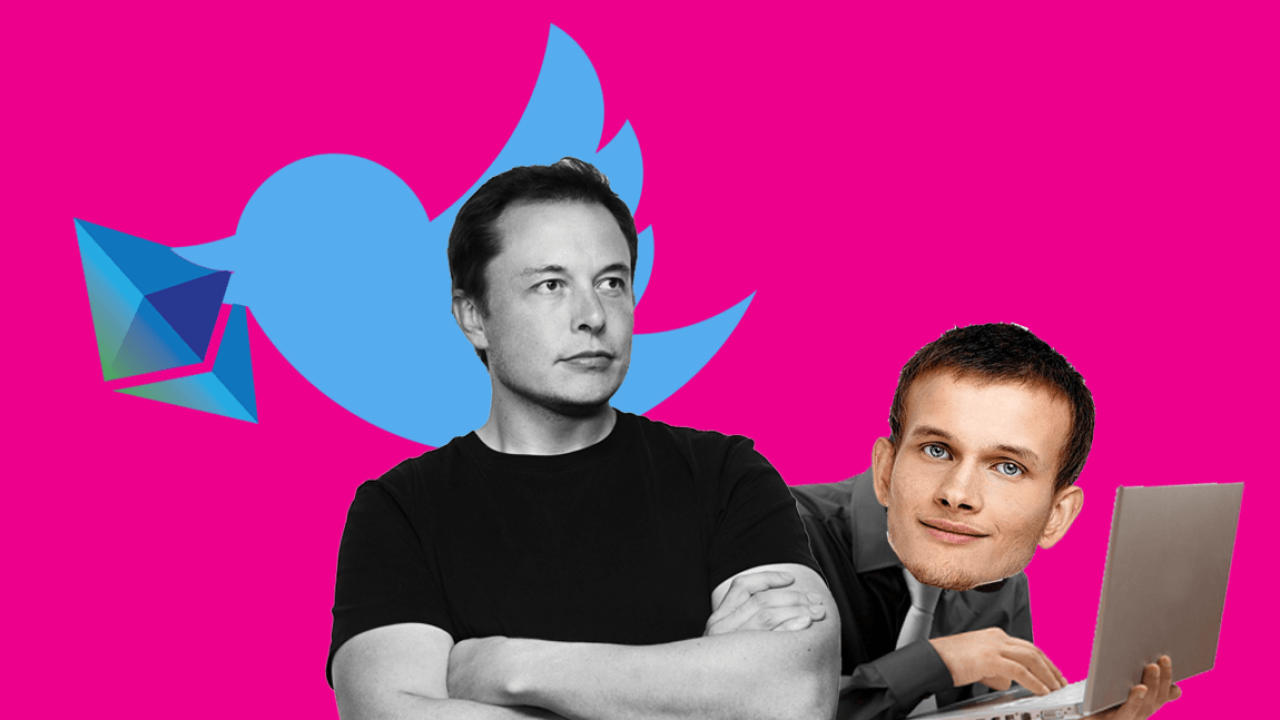 Twitter has been dealing with a cryptocurrency scambot epidemic on its platform for months – and the situation has gotten so out of hand that even Elon Musk is talking about it now.

But instead of bashing the odd trend like anyone else, Musk hinted he is somewhat impressed by the individuals running the network of bots, referring to their “work” as “mad skillz.” He also misspelled Ethereum.

I want to know who is running the Etherium scambots! Mad skillz …

Ethereum co-founder Vitalik Buterin has since noted the occurrence marked the first time Musk had tweeted about Ethereum.

Unfortunately, Buterin was slightly disappointed that the reason to mention Ethereum was the Twitter scam epidemic, and not the technology behind it.

The army of bots plaguing Twitter first made its way to the platform in the beginning of the year. While the outbreak initially extended only to a small group of blockchain influencers, the bot network gradually grew to start spamming practically any micro-influencer in the cryptocurrency space.

Indeed, Musk himself became a common target of the cryptocurrency scambots too.

Disguised as giveaways and get-rich-quick schemes, the fraudulent tweets would encourage naive users to send funds to a random Ethereum address. Contrary to the promise of doubling down their investment though, sending any funds would result in an immediate loss of funds.

Here are a couple examples of the Twitter crypto-scam: 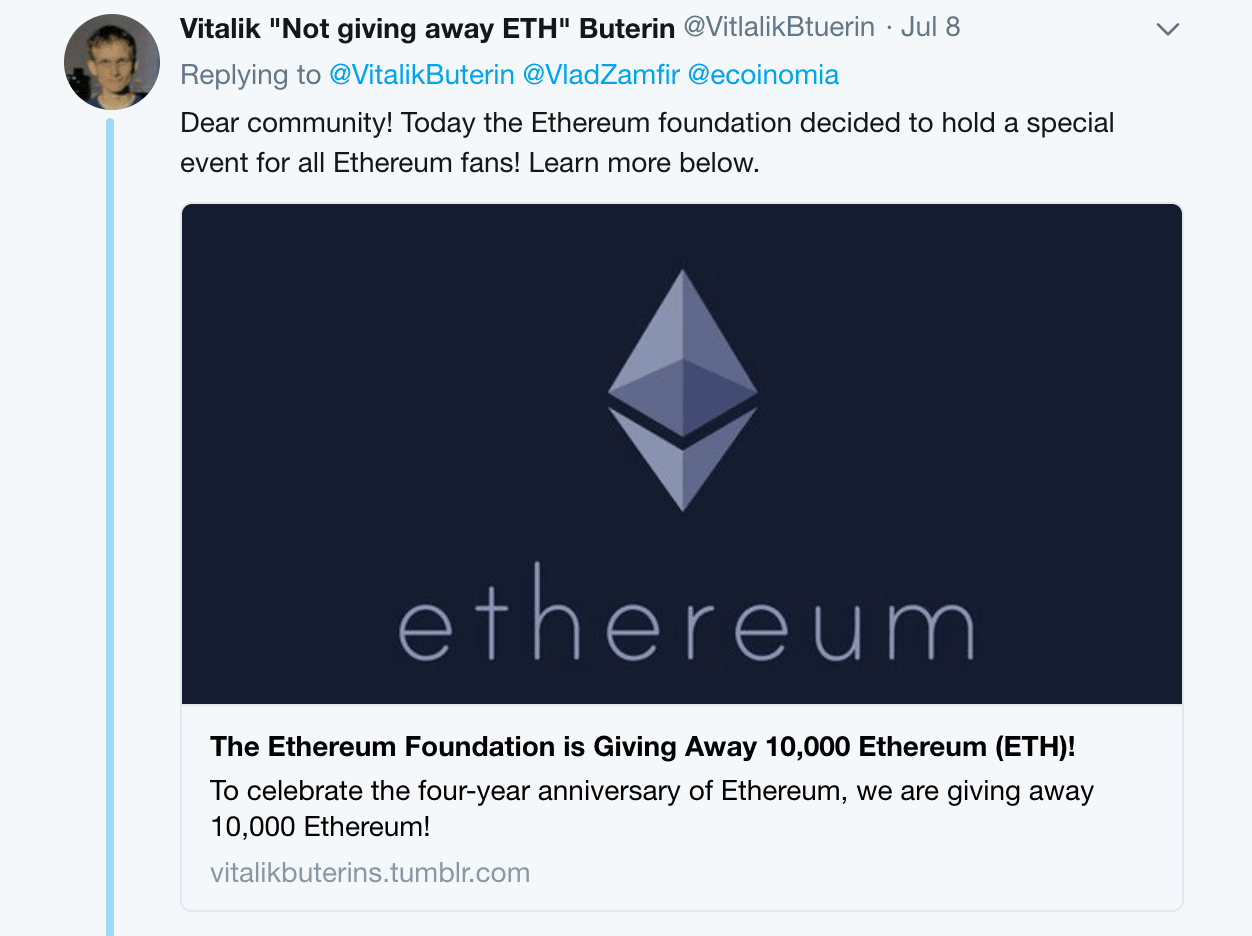 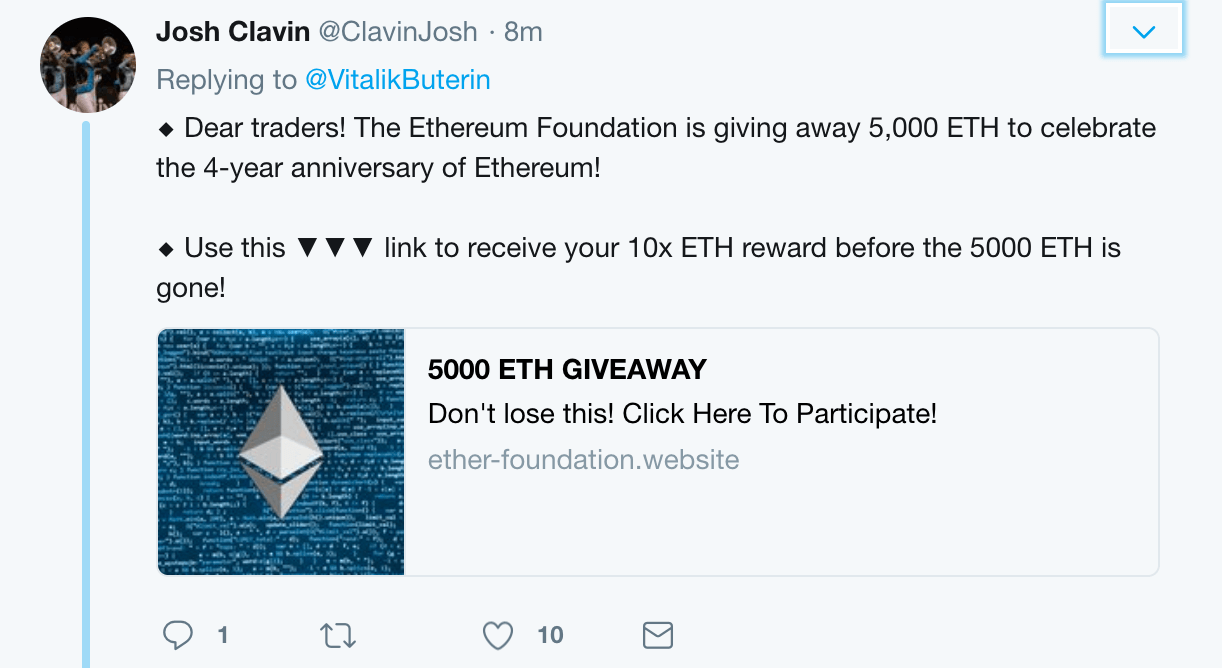 Following numerous appeals to Twitter CEO Jack Dorsey to do something about the ever-expanding botnet, some blockchain influencers made attempts to warn their followers against the cryptocurrency scam by including ‘Not giving away ETH’ directly in their usernames.

Still, reports suggested this move did little to stop scammers from duping crypto-rookies for thousands of dollars each day.

Meanwhile, the bots keep getting smarter. In fact, users recently noticed that – due to a bug which allowed Twitter accounts to update their usernames without losing their verified badge – scammers had begun using verified accounts to pull their shenanigans.

Twitter’s reluctance to address the issue head-on inspired some developers to take matters into their own hands, designing solutions to alert users about any cryptocurrency scams. But given that many of these solutions have since stopped functioning, chances are the problem will persist until Twitter moves to introduce an appropriate filtering mechanism – like it should’ve months ago.