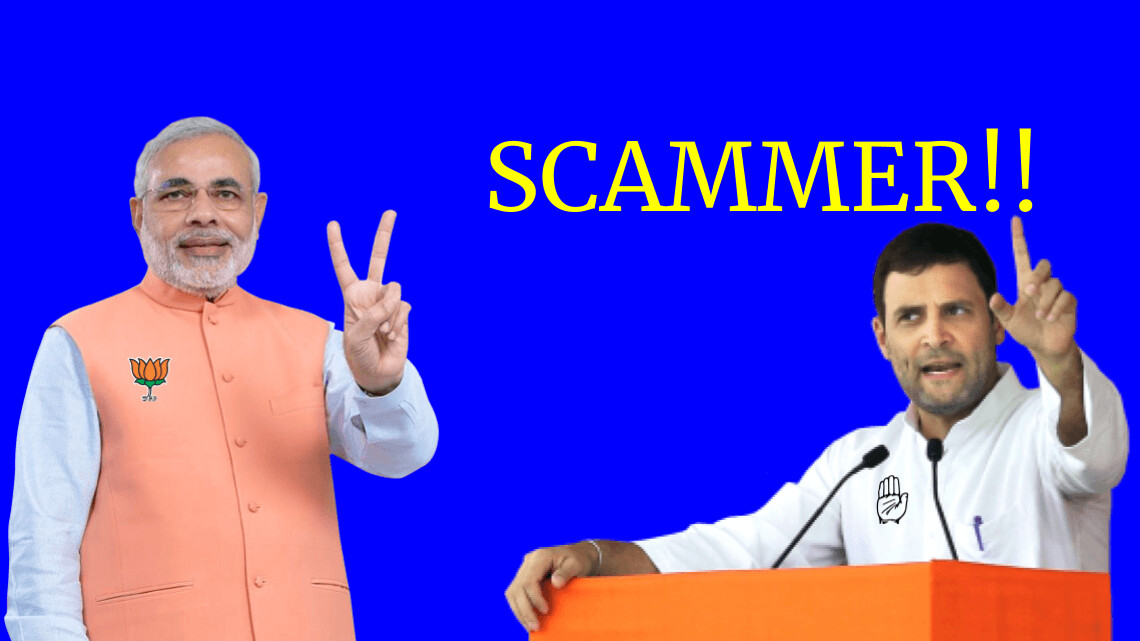 A lot of cryptocurrency news has been coming out of India lately, and not for good.

The said accusations are laid against BJP’s division in the state of Gujarat. INC spokesperson Shaktisinh Gohil alleged that the state leadership of BJP was involved in converting illicit money to the cryptocurrency by so-called ‘hawala’ transactions — a method of transferring money without any funds actually moving.

Gohil said that a complaint with the local police has been filed, but it’s refraining from taking action due to political pressure. “We demand an impartial Supreme Court-monitored judicial investigation in this maze of ‘Mega Bitcoin Scam’ so that the truth comes out,” he told local reporters.

INC claims that this “mega Bitcoin scam” is related to one ‘Shailesh Bhatt,’ who has been involved in two Bitcoin scams before. Bhatt filed a complaint with local police in April, claiming that local police and goons extorted 200 BTC from him. It was later discovered that he himself swindled the funds from someone else.

Gujarat law enforcement authorities found the involvement of a Gujarat BJP legislator in another Bitcoin scam. The legislator is on the run, and INC has now accused him of being involved in this scam as well. The INC alleges that he has threatened to expose all BJP leaders involved in the scam if he is arrested.

The party further alleged that the infamous demonetisation of Indian Rupee last year was meant to be a facade to allow BJP to find ways to legitimize its ill-gained money — and a lot of it was done through cryptocurrency. It also questioned why India’s Prime Minister Narendra Modi (and the leader of BJP) hasn’t bothered to investigate this scam coming from his party.

Cryptocurrency scams are on a rise in India. A host of popular Bollywood stars and a businessman were arrested in June in a $300 million Bitcoin scam.  Police personnels in India have also been involved in multiple scams involving virtual currencies.

It is worth noting that political parties in India are known to make tongue-in-cheek allegations against each other. INC’s accusations can’t be taken seriously until valid proof comes to light. Indeed, it would be surprising if the ruling party is involved in a Bitcoin scam of this magnitude, when it is so bent on killing cryptocurrency businesses in the country.