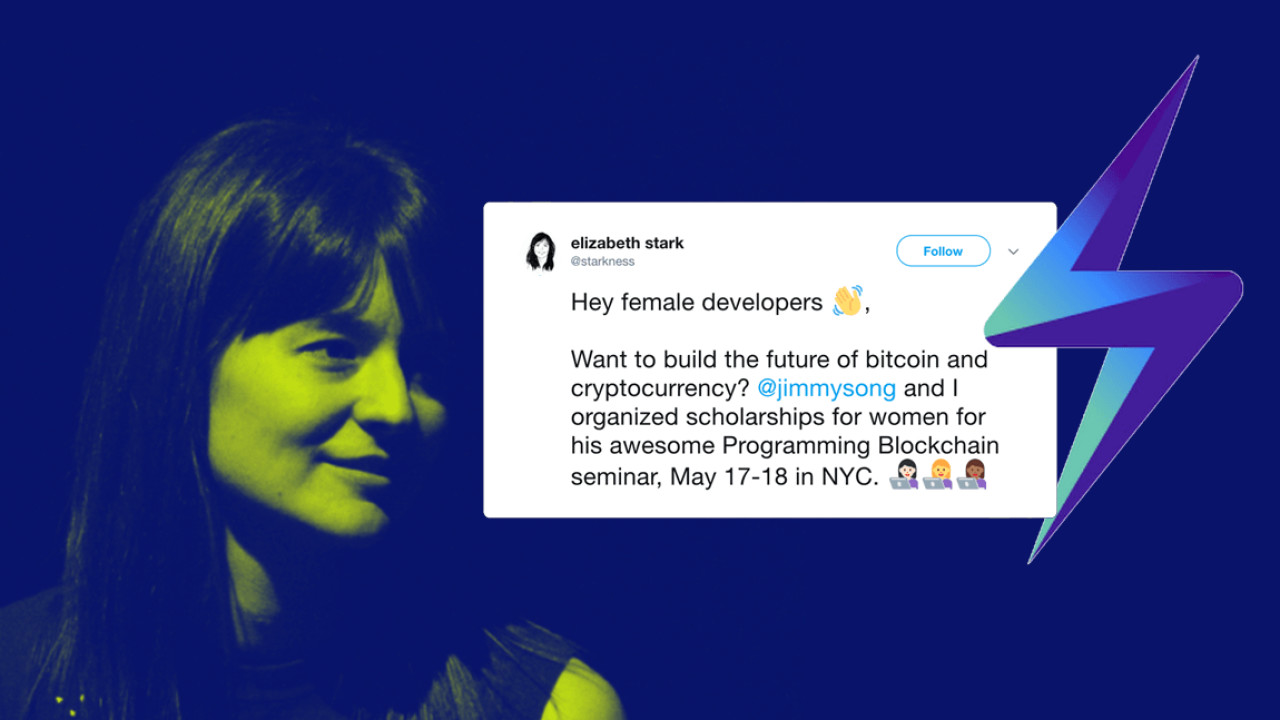 In a post on Twitter, Stark said that she and Bitcoin developer Jimmy Song have secured several scholarship packages for the upcoming Programming Blockchain seminar, which is scheduled to take place on May 17 and 18 in New York City.

The scholarships will cover the admission fees for the full two-day course, which usually costs $4,000. One thing to keep in mind is that scholarship recipients will be responsible for any travel expenses “to and from the venue.”

Want to build the future of bitcoin and cryptocurrency? @jimmysong and I organized scholarships for women for his awesome Programming Blockchain seminar, May 17-18 in NYC. 👩🏻‍💻👩‍💻👩🏾‍💻

Women developers can apply for the scholarship by filling out the form here. The form is rather simple other than a  programming challenge that the aspirants are required to solve.

As Stark has already suggested, those interested in attending the seminar can learn more about the curriculum here.

There is a significant gender gap in the blockchain and cryptocurrency world (though the precise extent of the gap is still a point of contention). Indeed, the Lightning Labs chief herself has previously suggested that the gender gap in blockchain might not be as severe as it’s made out to be.

Still, efforts such as these are appreciable to help narrow this gap and get more women into the field.