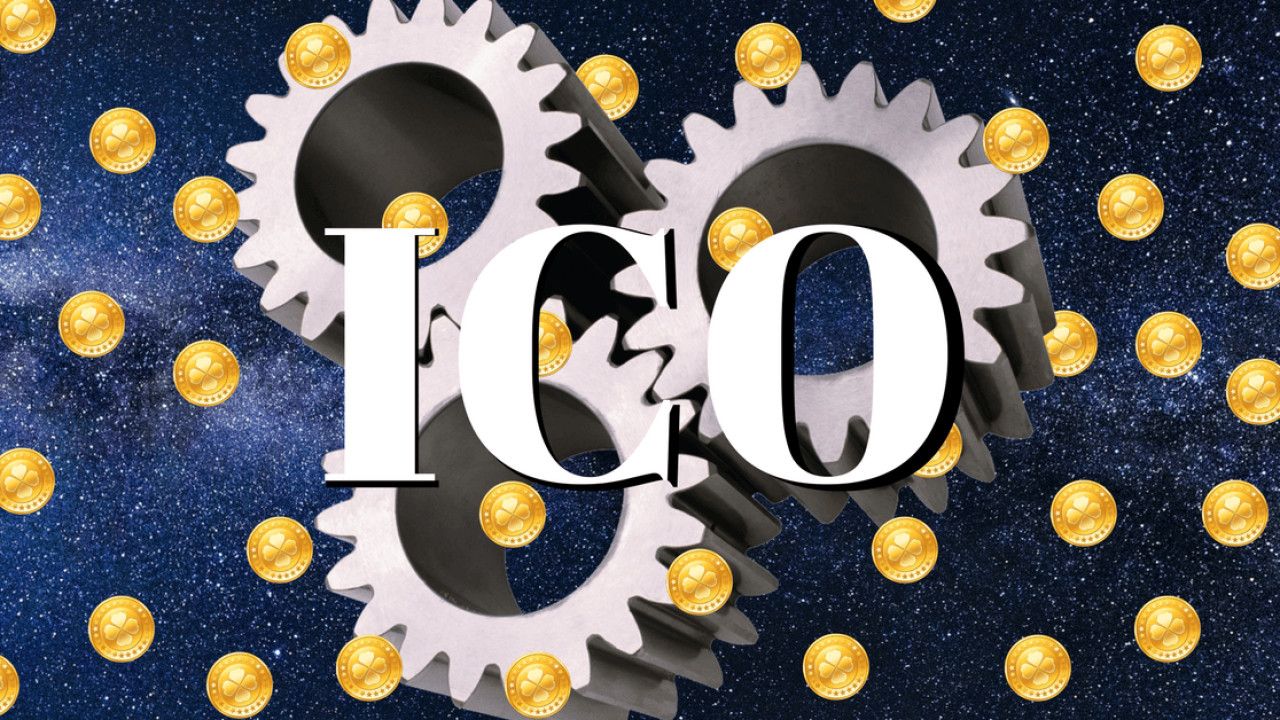 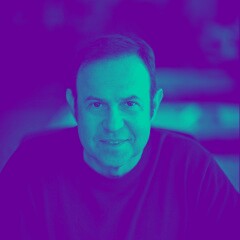 2017 was quite a banner year for the ICO marketplace with over $6.4 billion in crypto invested in hundreds of ICOs. Some investors thought the world had gone crazy, others were saying it was just the beginning. Will ICOs announce the end of Venture Capital as we know it?

Clearly 2017 was performative, however, the year was not without some serious flaws in the ICO economy. Remember Tezos, the famous uncapped ICO which raised over $200M when Bitcoin was $2,500? Today, it’s dead in the water with lawsuits and disputes between founders, trustees of the foundation, and plaintiff lawyers representing unhappy investors.

So what will 2018 look like? I am predicting dramatic changes that will help the ICO marketplace grow into a healthy and trustworthy financial opportunity for investors.

The SEC strikes back

Last year, Jay Clayton, the chairman of the SEC, shot warnings to the ICO marketplace with an open letter. This was a rare, if not unprecedented, move from a very powerful bureaucrat. In summary, Clayton said he loved the idea of innovation, but he rejected any notion that ICOs can be viewed as non-investments escaping regulation.

He warned the participants including lawyers, accountants, and promoters. Yet despite the warning, no one really listened, and the party went on. Hundreds of ICOs continued to be portrayed as purchases of service in the form of utility tokens.

Today, much has changed. The SEC has stated that virtually all token assets are securities and issued subpoenas to ICOs for the unregulated sale of securities in the form of ‘utility tokens.’ The token market has taken a bearish turn, but even the changing climate is not stopping companies from launching ICOs. Lawyers are finally advising their clients to stay away from utility tokens, at least in the United States, but we are seeing more companies using SAFT, a Simple Agreement for Future Tokens, as the go-to sale of securities.

What is a SAFT?

A SAFT is simple: a company wants to issue a utility token, a token that can be used on their platform in exchange for services (think Chuck E. Cheese tokens, but in a digital form). However, the platform isn’t built yet or perhaps the services aren’t available. Regardless, the utility tokens have no utility at present.

Instead, companies offer a different token that has only one purpose: to be traded on exchanges, allowing the company to maintain liquidity, which is more appealing to investors. These tokens will later be swapped for the promised utility tokens when the company is able to deliver them. These companies hope SAFT will tame the SEC beast and provide safe cover for their ICO. They may be right, but a few complications are being created with SAFT’s structure.

The problems with SAFT

Yes, the sale of a SAFT to investors is a security, but what about the token delivered in the future? Is this a security or a utility token? This distinction is quite important because it will determine the appetite of the investors.

If the delivery is a security token, then all of the unregulated exchanges will not trade it. This means no liquidity and death for the company unable to raise any capital. We are seeing ICOs telling investors they should rest assured because the end product is a utility token, and the lawyers are behind this analysis. However, with the SEC saying that all tokens are securities, this seems an unlikely outcome and begs the question of why use a SAFT at all?

Add to this some other issues: The sales the SAFT generates could lead to taxation if the end product is a utility token because this is then revenue. Good news: the corporate tax rate is only 21 percent of all profits as of 2018. However, we are seeing companies incorporated in the Cayman Islands in order to avoid paying that tax. Imagine that. A US-based team, a US-based subsidiary, and yet the company is based in the Cayman Islands and under its jurisdiction or lack thereof.

Why are companies so determined to make their structure so complicated? Last year, the flavor was to create a foundation in Zug Switzerland. That ship has sailed. This year, everyone is moving to Puerto Rico and building their companies in the Cayman Islands. There must be a better way to do it.

Moving on from SAFT

I believe 2018 will see new innovation in the ICO structuring space. The SAFT was the de facto and very popular structure offered to investors. It includes a one year lock and no ability to trade until the token is delivered, and investors are voting in agreement with their cryptocurrency. The SAFT is a step in the right direction, but it comes with several issues, including taxation and an unclear designation of the token itself. If the end result is a security token, there is no reason to use a SAFT.

However, there are new structures being introduced to ICOs this year, including the RATE, a Real Agreement for Tokens and Equity. RATE is a combination of an equity raise, where a company sells shares to its investors, and a token offering, but the utility tokens are offered as perks. This structure has advantages for both the company and the investor.

Companies are not taxed on the investment received, and investors get equity, which is a real advantage when the company is eventually sold or goes public. Investors who only receive utility or securities tokens in a company won’t get anything if the company is sold, pays dividends, or goes public. Investors may not care about this, but most of the wealth in our country has been generated through equity and not purchasing services.

This may be a small detail, but it matters, especially if the company in question ends up creating multiple blockchain solutions or does several token offerings. The RATE structure can manage how the equity is offered and how many tokens each shareholders ends up getting.

Similar to existing ICOs, the RATE can offer early investor discounts or bonuses. The main disadvantage is this: dilution. The owners of the company will be diluted by the number of shares they have issued. Welcome to the greedy capitalist club.

I remember when I raised capital for Activision, I sold shares and got diluted. What’s the big deal? Owning a smaller piece of a big pie has always been better than a whopping large piece of something microscopical.

Another option to avoid dilution is to issue non convertible preferred stock, which pays a revenue share. This is how tZERO structured their ICO. In this case, there is no dilution unless the company elects to convert it at a later date.

How the public can participate

As the security token economy grows, 2018 will usher RATE to the forefront as the utility-focused SAFT declines. So how will the ordinary investor participate in this feeding frenzy of the riches as the ICO marketplace continues to grow? It turns out the JOBS Act, signed into law in 2012, has two regulations which will help: Regulation Crowdfunding, allowing companies to raise up to $1.07 million, and Regulation A+, which increases that limit to $50 million.

ICOs can use the first regulation for the pre-sale, and the second one for the general sale. In both cases, anyone can be an investor as these regulations are not limited to accredited investors. With this structure, say goodbye to Cayman Islands companies and say hello to good old American corporations and real protections for investors.

The future will be regulated

My final prediction is the most disturbing one: the death of the unregulated exchange. Many people do not know that in order to sell securities, the company organizing the marketplace must be an exchange or a broker-dealer. Only 20 or so exchanges exist in the United States compared to 3,000+ broker-dealers. The broker-dealer can use an ATS, an Alternative Trading System, sometimes called Dark Pools, to trade securities.

The SEC has already enforced actions against ICOs but so far has only gone after one defunct exchange, Bitfunder. In 2018, the SEC will take action against more exchanges and require them to register or become broker-dealers. Japan did it, and other countries are gearing up to do the same. This change will mean investors will be under more scrutiny, and scammers will be in deep trouble. Introducing regulation with exchanges means investors are no longer anonymous, and those who cheat will have to accept the consequences with regulatory sanctions and civil lawsuits.

In 2017, celebrities such as Mark Cuban and Floyd Mayweather promoted ICOs. Many took tokens as commissions based on the amount raised. This is a clear violation of securities laws as outlined by Jay Clayton. Hey, who cared? The party was only getting better, and of course celebrities who can influence millions needed their piece of the pie. In 2018, lawyers representing celebrities are going to gag them. We will hear no more from them on ICOs.

2017 was a great year for ICOs, and 2018 will be even bigger with Telegram having the biggest ICO to date with $1.7 billion raised, all in cash. Yes, real USD. Together, Satoshi and Jay are going to make sure the party goes on while keeping thugs and scammers outside.