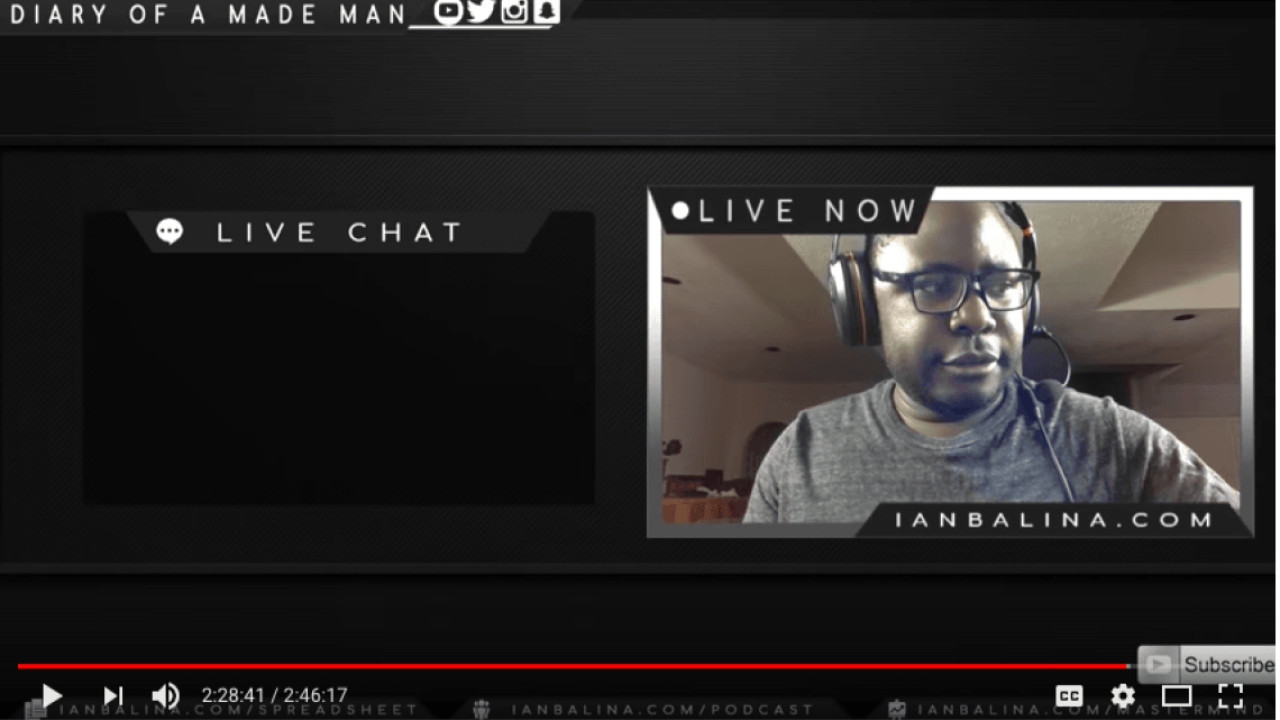 Another day, another heist: Ian Balina, a cryptocurrency YouTuber known for his (sponsored) ICO reviews, was apparently hacked out of $2 million during a livestream session.

Balina was reviewing ICOs on his channel as usual, when a viewer suddenly notified him that “someone” had moved all tokens out of his wallet.

“Ian, did you know that somebody transferred all your tokens from your account,” one user asked in the comments. “Hope that it’s controlled movement.”

While Balina continued with his review, not taking any notice of the comment, the live feed eventually went down 15 minutes later.

The livestream was purportedly disrupted by a power-cut, and Balina returned to continue his review a few hours later.

This is when he noticed that he had been signed out of his Google Sheets profile:

Balina later took to his own Telegram channel to reveal that he was forced to end the livestream abruptly because he got hacked.

Here’s what he said:

He later tweeted about the incident as well:

Crypto Family, I need you now more than ever. I ended today's live stream b/c I am being hacked. I'm not worried about the money. I learned my lesson. I only care about catching the hacker. Please email any information to [email protected] Thank you all the support. $ETH $BTC

Balina is a known name in the ICO industry — especially as an influencer to casual investors. His YouTube channel boasts over 116,00 subscribers, while his Telegram channel has more than 26,000 members.

The wallet transactions on Etherscan show that almost all of Balina’s tokens were withdrawn from his account during the livestream. This included more than 20 million Nucleus Vision, 2 million Pareto Network, and 1 million Loom among others.

This is how I think I got hacked. My college email was listed as a recovery email to my Gmail. I remember getting an email about it being compromised, and tried to follow up with my college security to get it resolved, but wasn’t able to get it handled in fast manner and gave up on it thinking it was just an old email.

I kept text versions of my private keys stored in my Evernote, as encrypted text files with passwords. I think they hacked my email using my college email, and then hacked my Evernote.

This entire fiasco serves as a good reminder for everyone to adhere to proper security standards – especially those holding large amounts of crypto.

Meanwhile, Balina says the hackers have gradually began moving his coins to popular exchange desks like Binance and KuCoin.

We’ll update the story if there are any interesting developments.