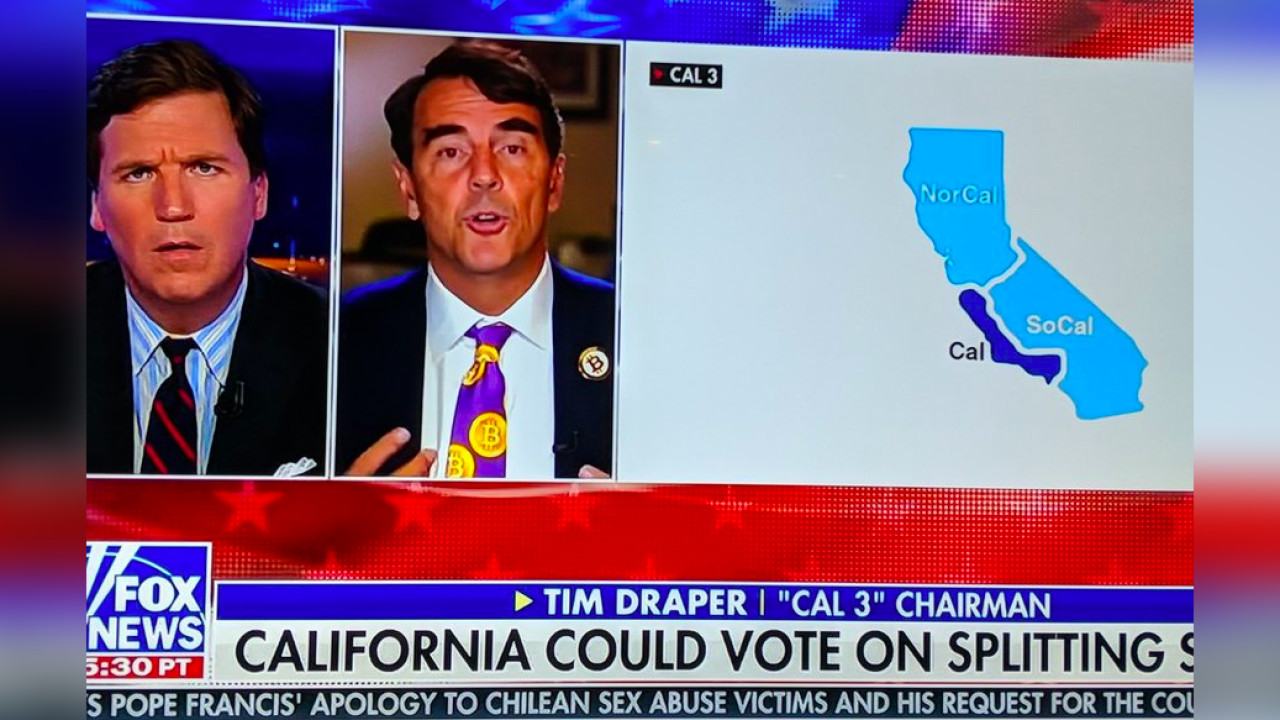 Tim Draper, American venture capital investor and a known name in the cryptocurrency industry, showed up on Fox News last night to talk about a plan to cut California into three states.

But it turns out people could not care less about the future California – they were much more interested in Draper’s attire choice.

The famed cryptocurrency investor didn’t want anyone to doubt his devotion and chose to wear a Bitcoin BTC tie to make his point.

Tucker Carlson, the host of Tucker Carlson Tonight at Fox News tweeted a snippet of his interview with Draper where he can be seen flaunting his splendid Bitcoin tie in all its glory:

Part of my interview on a plan to cut California into three states pic.twitter.com/ltXQLH7Sfu

Naturally, Tim Draper and his tie caught the fancy of the people of the internet.

Tim Draper was just on Fox News, wearing a purple Bitcoin tie, to talk about splitting California into 3 states. It's getting weird iut here, folks. pic.twitter.com/hzE9ASpwxn

Draper and his tie are also trending on r/Bitcoin on Reddit.

It seems Draper’s unusual attire choice confused quite a few Redditors, who struggled to grasp how Bitcoin ties with the splitting of California. Other posters quickly chimed in on the debate with their own suggestions:

Politics aside, it seems many users felt jealous of Draper’s Bitcoin tie – and wanted one for themselves. Thankfully, one resourceful Redditor has pointed where anyone can cop one.

It’s not the first time that Draper has worn a Bitcoin tie in public.

He wore a different Bitcoin tie in an interview with Bloomberg in 2017, but the tie was not nearly as flashy as this one, and probably why it didn’t manage to garner as much attention.

Tim Draper will be speaking at the TNW Conference in May this year, and we hope he will wear his signature Bitcoin tie to the conference!